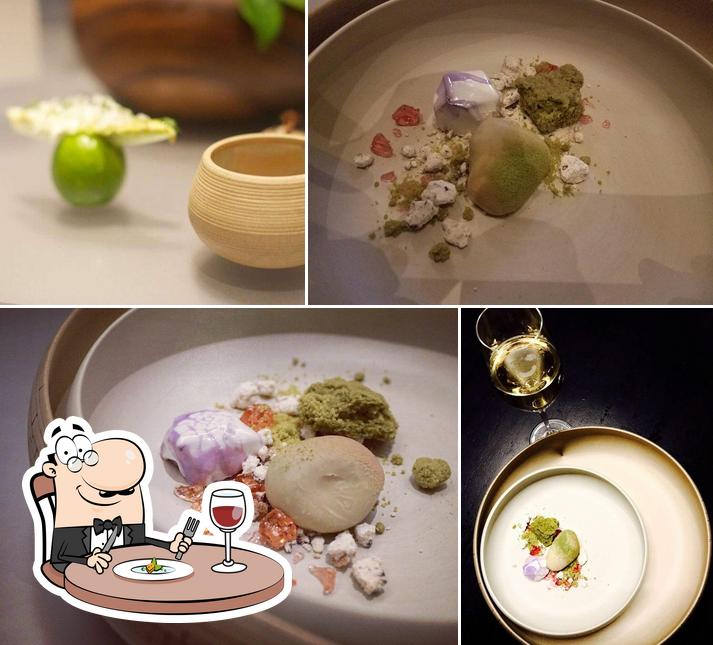 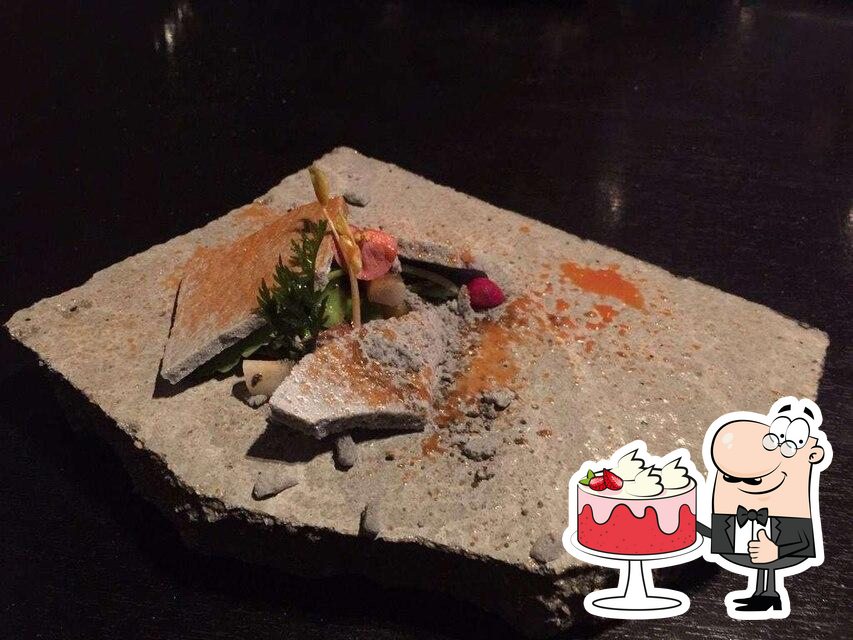 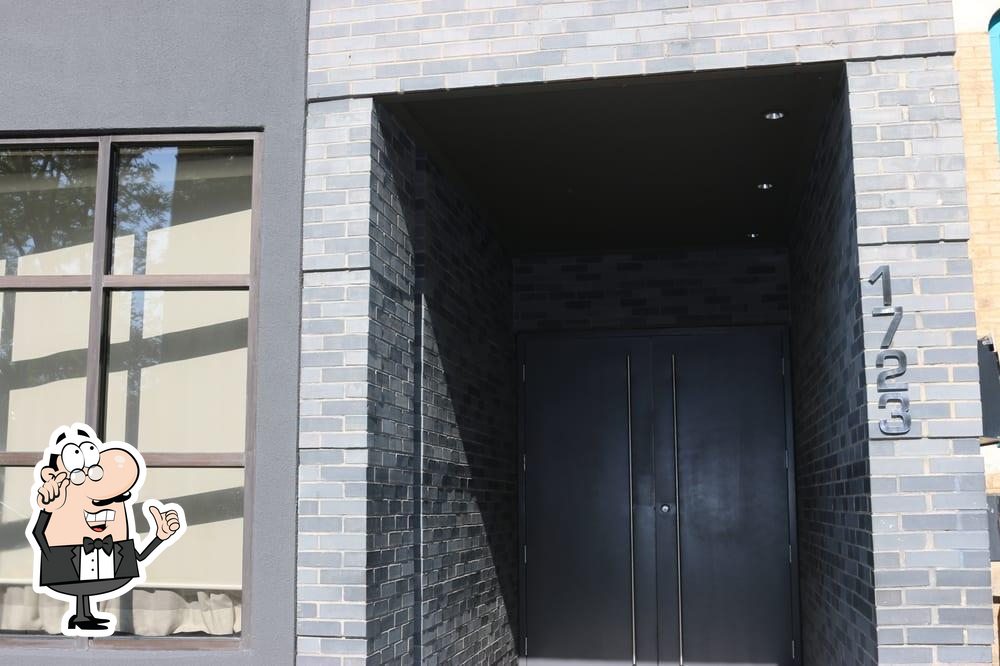 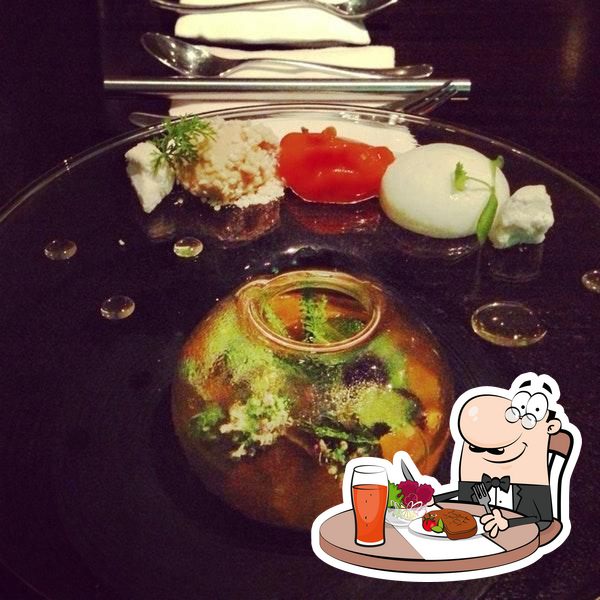 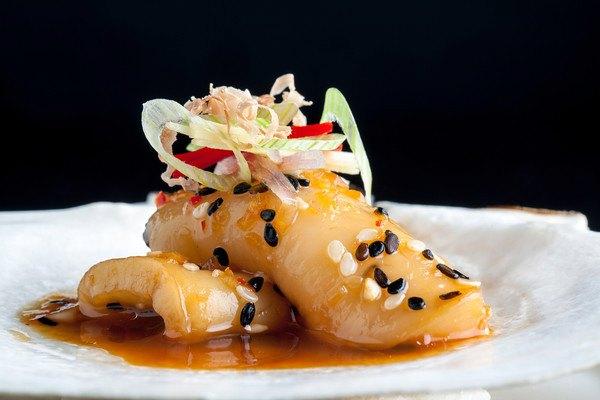 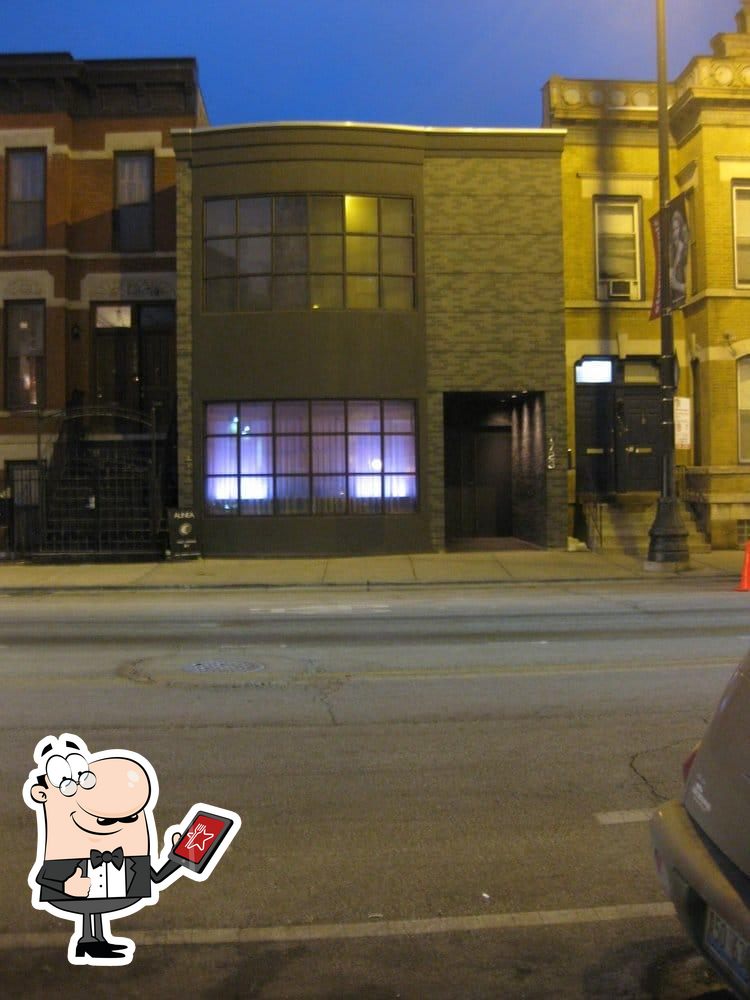 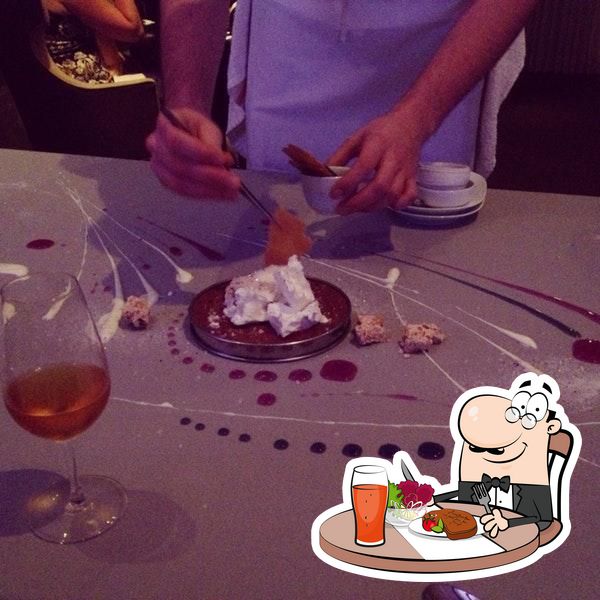 Try Molecular Gastronomy cuisine here. Make a change from your customary meal and order perfectly cooked consomme, spicy prawns and foie gras at this restaurant. Good crème brûlée, brioches and crumble can be what you need. Get your meal started with delicious desert wine, champagne or root beer. When visiting Alinea, it's a must to try great matcha, chocolate frappe or espresso.

A homely atmosphere and beautiful interior make this place so good. Many visitors find that the staff is cool at this place. Service at this spot is something one can name fabulous. Prices are attractive for the quality you get. It's a three-star Michelin restaurant that is worth a special trip.

19 days ago on Yelp Request content removal
We came here with a group of friends and left stuffed and satisfied with the courses that were prepared and presented. There's just something about eating small portions of food spread out over time that really fills you up. I most especially enjoyed the dessert presentation at the end of our courses. The dinner was pricey but I believe the service, on top of the great tasting food creations, made it a once in a lifetime amazing experience worth the price.

3 months ago on Yelp Request content removal
We recently tried Alinea at Home featuring the 3 course dinner. I'll start by saying all the food was excellent, but it is INVOLVED. We thought everything would be prepared, and we just simply re-heat the food while enjoying a bottle of wine, but that was not the case. Our courses were the 1) ribeye with glazed carrots, fingerling potatoes, and mushrooms, 2) spring salad, and 3) tabletop dessert. Each dish had (lengthy) cooking instructions. The ribeye was uncooked completely! And each dish had an additional 3-4 ingredients to mix in while also having to reheat or cook it. I look forward to when I can afford Alinea in person and they actually cook the food for you! The tabletop dessert was a redeeming course and fun to do at home. But, I would pass on this if you're looking for a chill, easy, romantic date night because it was heavy on the preparation.

3 months ago on Yelp Request content removal
Alinea, for many foodies like myself, is the Everest for restaurant experiences. I cannot help but feel cheated by my last experience. We did the Kitchen table experience, which allows you to be seated in a glass enclosure with an unobstructed view of the kitchen. We waited four months to get a reservation and paid just under $3200 for the 6 person sensory experience. Upon arriving, the building is very unassuming and you would definitely miss it if you are not looking for it. There were a few nuances right at the beginning that annoyed me. First, the Valet person did not take credit cards. I thought this was ridiculous in today's day and age to have cash only transactions. We had to hunt for an ATM, which luckily was across the street in another building.  Once we finally valeted our car, we entered the restaurant.  As a side note, for first timers, Alinea has no official signage on the building. There was only a small street sign for valet stating valet for Alinea. Upon entering, we see 3 people sitting on a small couch right by the host stand area. Alinea had no official lobby or waiting area for patrons for how much this dinner costs. There really is no excuse for this. We were 10 min early and told our table was still being set up and if we wanted to wait outside we could. Luckily, it was a nice night out. About 10 to 15 minutes pass and the door is opened, telling us that our table is ready. I do not like the remodel that they did on the restaurant. It has a very 80s vibe to it. We were escorted to a glass-enclosed room right by the kitchen. The kitchen is smaller than one would think. If you have watched the documentary, it appears they have a massive kitchen. Our host for the night was Bradley. He started off somewhat cold, but began to warm up to us throughout the night. He did a very good job at presenting and explaining to us if we had any questions. The first presentation was the staff pouring liquid into a large pink chiffon on the table, billowing smoke and enveloping the room. It smelled just like floral bubble gum. You almost got a feeling as if you were not at a dinner, but rather a theater show, such as Cirque du Soleil. Loud classical music enveloped the room and we waited for our first "dish". Complimentary drinks, by the way, are sparkling apple cider and water. Anything else is available to be ordered with an extra charge. The first course was peas that were blended and puréed, which melted in your mouth like a dippin dot. White Parmesan cream was poured over the dish with edible flowers. This was was my least favorite dish of the night. It was extremely salty and lacked any type of unique flavor. We were then told to follow our host into the kitchen where a margarita was prepared for us out of bell pepper shavings. They were puréed in ice so the shavings went into a glass. This was awesome. I could've had a few of these drinks. We then more escorted back to our table where the pink chiffon had been taken away and we prepared for our next bite/dish. We had multiple bites throughout the night in what they consider as dishes. Do not be fooled by this when they say there is a 16 to 23 course menu.  At one point, my sister,who was one of my guests I had brought, thought that we were only on course number seven. We were later told in the evening that there were only two more dishes that we would be experiencing. They considered a marshmallow bite a dish, as well as a piece of honeydew melon a dish. Some dishes stood out, but nothing was remarkable. My favorite dish was the ribeye. The accompanying sauces were fantastic - from the truffle to the garlic purée. While we ate our steak, Flight of the Valkyries boomed throughout the room. Upon reviewing the menu after going home, we were supposed to receive frites with our small chunk of steak and that never made it to our plates. I felt the energy in the air from everyone that served us that they were just robotic. I got the feeling that they had done this too many times and they were just not as enthusiastic. There seemed to be no passion in anything that anyone was doing. It felt as though they were reading from a script that they had rehearsed over and over. It was now time for the famous deconstructed dessert that they have been doing for years. Our host Bradley explained this was something new but it seemed very familiar to the old desert. This is always fun to watch as multiple staff pour and place different sauces and desserts on the table directly in front of us. Loud music accompanied the crazy art piece being performed in front of us. It all tasted amazing! My favorite part of the dessert  was the condensed jasmine rice formed into ice. Then, of course, we took part in the edible balloon presentation. This place at one time was the pinnacle for all foodies around the world to come and experience something great. It has lost it's magic. I am happy that I was able to have the experience of this restaurant, but this is a one time event. I
All opinions
Get directions
Address
North/Clybourn
1723 N Halsted St, Chicago, Illinois, USA
Features
Delivery Takeaway Outdoor seating Сredit cards accepted Booking Parking Wheelchair accessible
Opening hours
Website
http://www.alinearestaurant.com
@thealineagroup