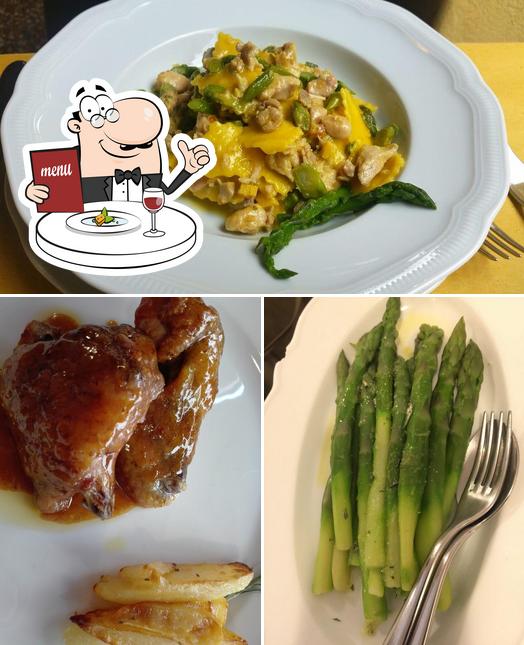 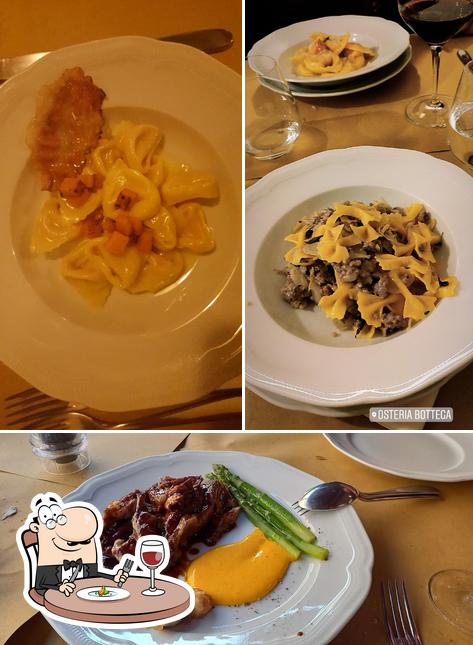 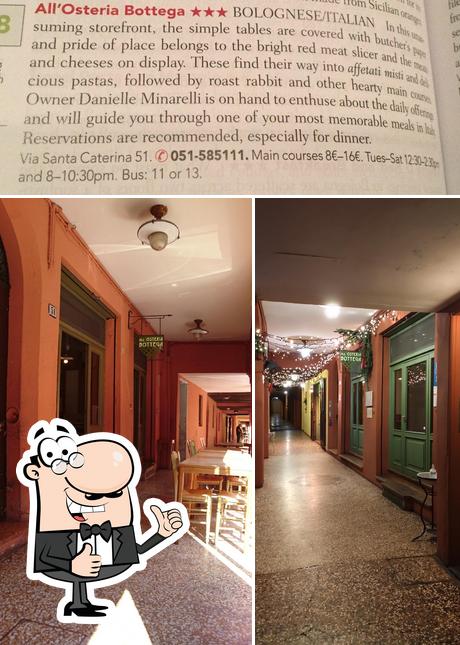 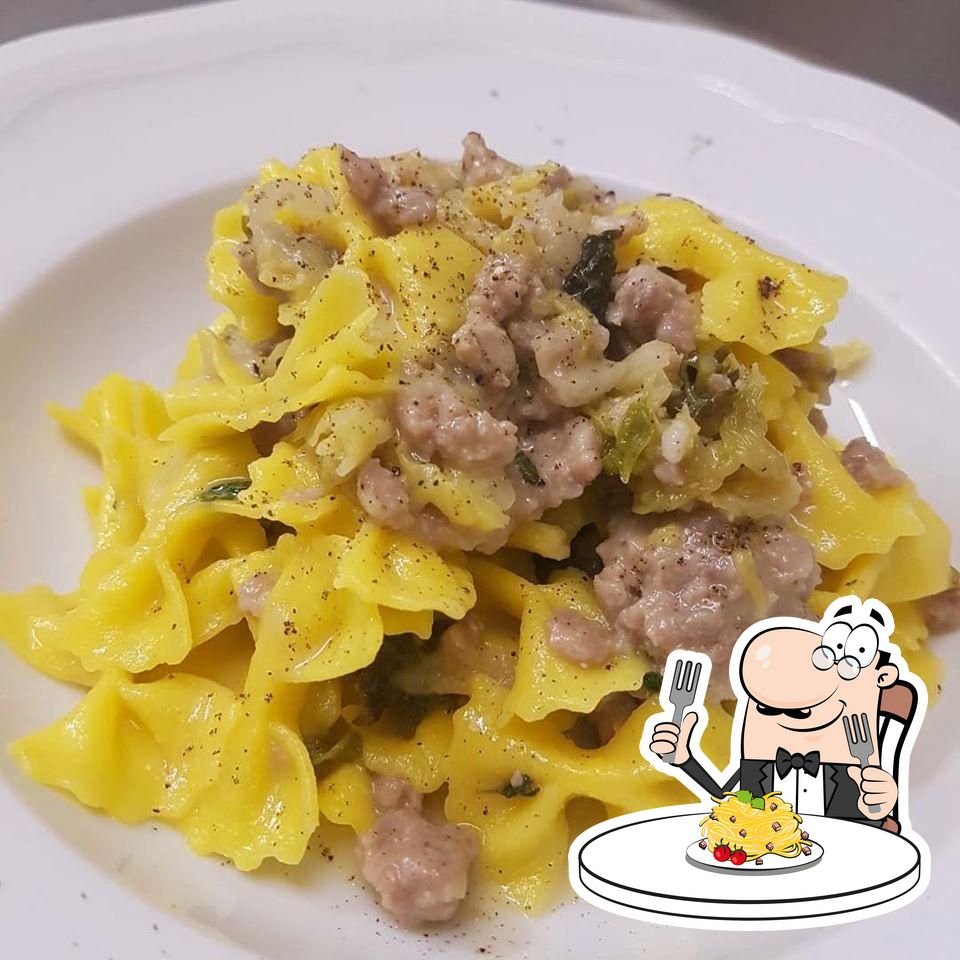 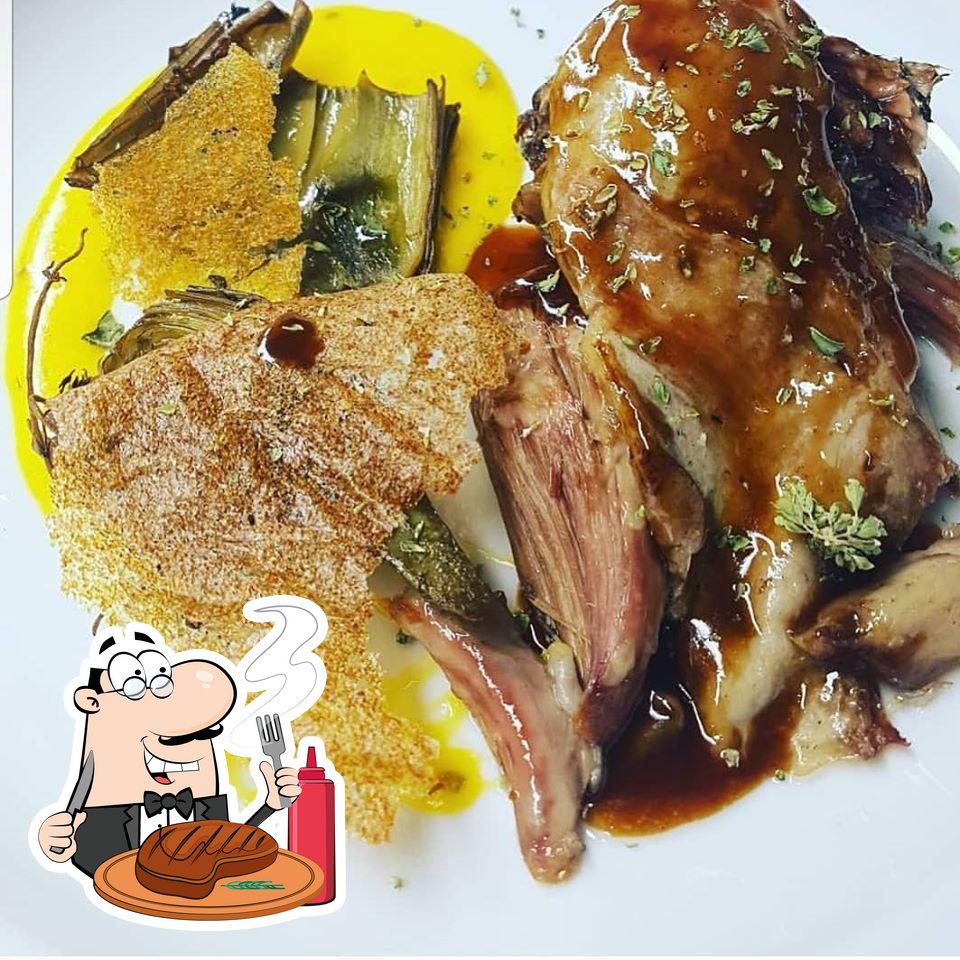 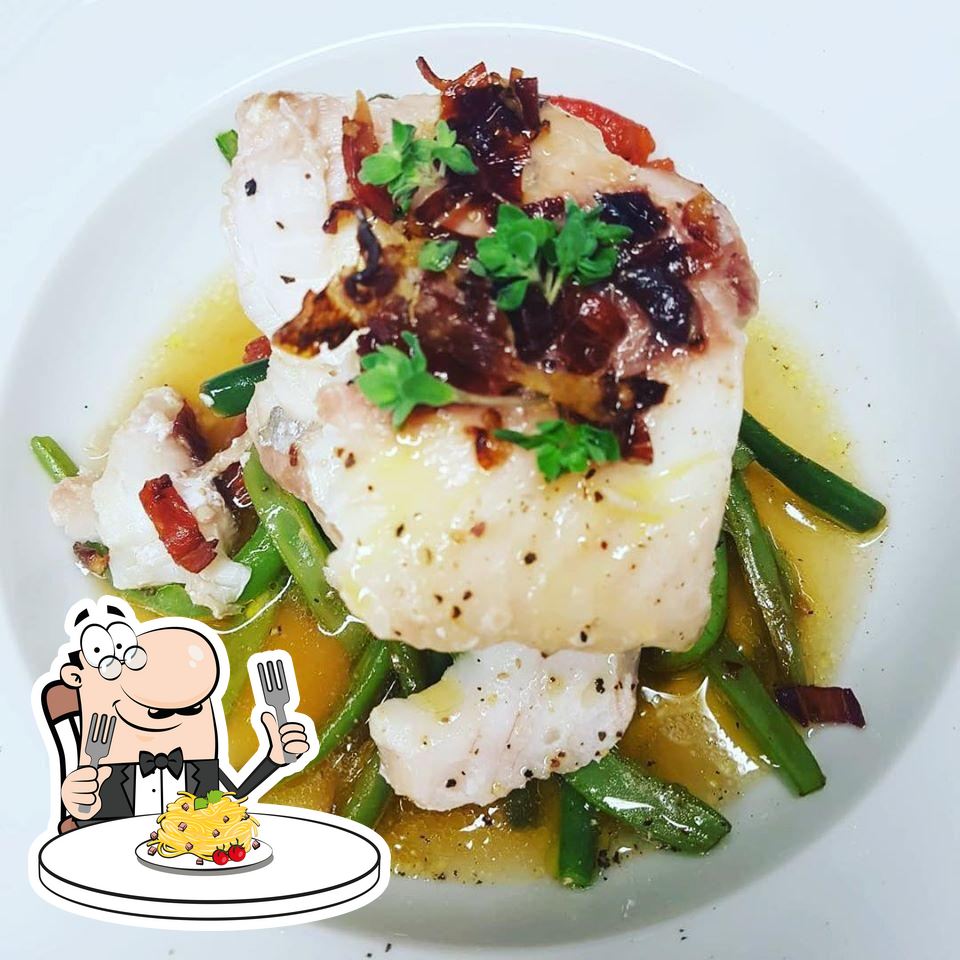 Once the promenade around the Chiesa di Santa Caterina di Via Saragozza is over, visit All'Osteria Bottega. This restaurant serves Italian cuisine. Do not leave without degusting perfectly cooked tortellini, tagliatelle bolognese and tagliatelle. Being at All'Osteria Bottega, taste good semifreddo, zabaione and zuppa inglese.

It's easy to find this place due to its convenient location. Delicious house wine, cordial or fino sherry will make your meal tastier and you'll certainly come back. Great latte, lemonade or espresso are waiting for you at this spot. The accommodating staff works hard, stays positive and makes this place wonderful. The terrific service displays a high level of quality at this restaurant. Attractive prices are what you will pay for your meal. Many people point out that the decor here is fine. All'Osteria Bottega is a Michelin selection and it has been awarded 1 black knife-and-fork symbol: according to the experts' opinion, this place provides quite cosy atmosphere.

2 months ago on Google
Super nice food and friendly staff. You can taste all the typical dishes from Bologna and I highly recommend it. The prices are very high though.

10 months ago on Google
This is pure art. This place is my top 3 in Italy. Simply tasty

4 years ago on Yelp
KenScale: 8.5/10 My itinerary during Italy trip was quite ambitious, spanning across four different cities over 10 days, and one of the stops was Bologna. Unlike Milan, Venice or Florence, Bologna is not really known for being a tourist destination, but I wanted to explore the culinary tradition of this city that gave rise to so many Italian dishes (e.g. ragu Bolognese) as we know them. I had only one night at the city, so I had to be very selective; I wanted to find that one place where I can indulge in the traditional flavor and texture of Emilia-Romagna region, and to that end All'Osteria Bottega came up as a place that came up often in the reviews of Bologna restaurants. Located on a quiet street a bit away from the city center, the restaurant's soulful Italian food was quite a delightful affair. My girlfriend and I started with two pasta dishes. Obviously we had to try the tagliatelle with ragu Bolognese sauce. There was nothing wrong with the texture of the noodle, but I was somewhat surprised that the sauce wasn't in its thick form that I typically associated ragu sauce with, and instead it was just ground meat. Although somewhat disappointed, I proceeded to try and ended up immensely enjoying the ricotta filled tortellini with tomato and basil sauce. Not many people don't know that tortelloni also has rich traditions in the Emilia-Romagna region, and elegant simplicity of the dish from the kitchen was so spot on that I had to really think through whether I've tortelloni dishes this good in New York City or elsewhere. I absolutely liked the fact that both pasta dishes had restrained flavor (unlike most other pasta dishes I've had in New York), and focused instead on the freshness of ingredients and consistency of execution. For the main dishes, we tried the giant veal cutlet with hams on top. Again, nothing fancy in plating but we were a fan of the decadent veal that was cooked to more or less perfect texture and temperature. Add a side dish of slow-cooked tomatoes and onions, and you have one wonderful secondi in your meal. The lone dessert that we ordered, trifle with alkermes (a type of Italian liquor)-flavored cake, somewhat had a funky taste that we weren't completely sold on, but that didn't really undermine the overall high quality of the food coming from the kitchen. I really felt that Italian cuisine truly shines when it sticks to the tradition and remains faithful to the flavor and texture of the region without playing cute, and Bottega is Exhibit A to that proposition. The restaurant was nearly packed throughout the course of the meal. I really liked the cozy neighborhood vibe of the dining space and was able to tell this is the type of place that locals rather than tourists would frequent. Make sure to complement your meal with some wine (throughout my Italy trip, I often marveled at how cheap the restaurants were selling by the bottle, often not more than 30 euros for very solid reds in northern Italy). I'm not sure when I will be back to Bologna on my next Italy trip, but Bottega is one place that I would love to go back and indulge on the rustic Italian food.