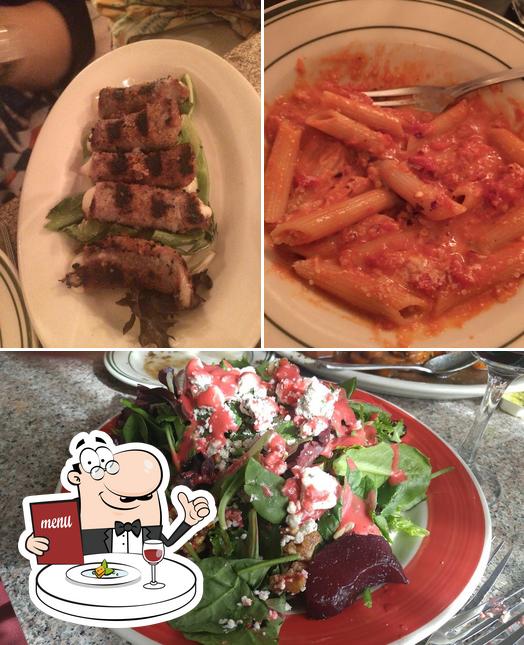 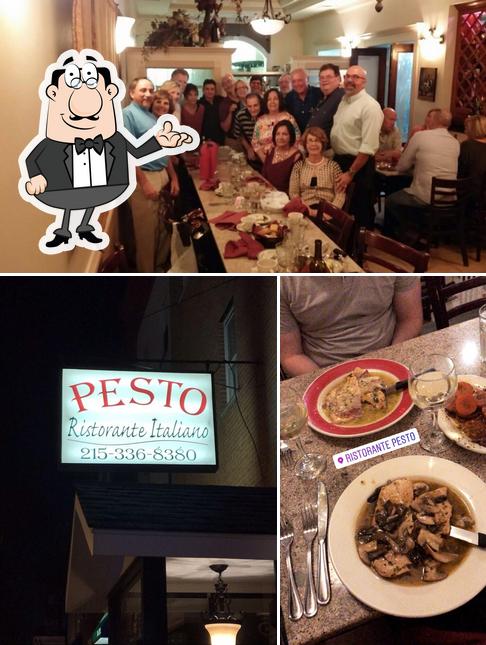 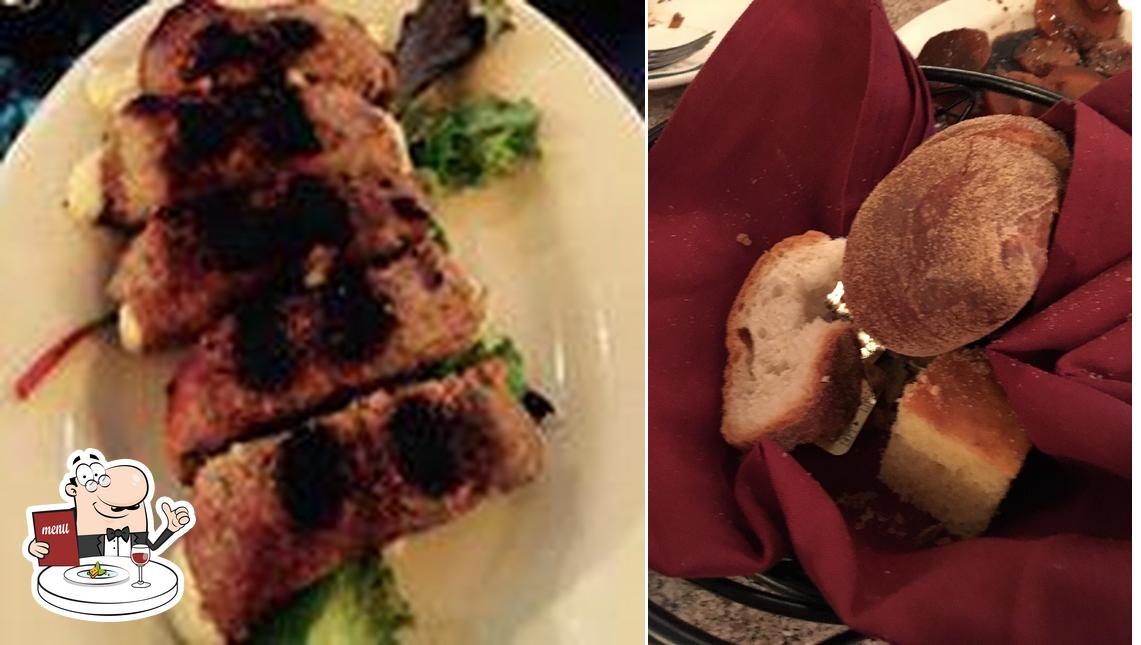 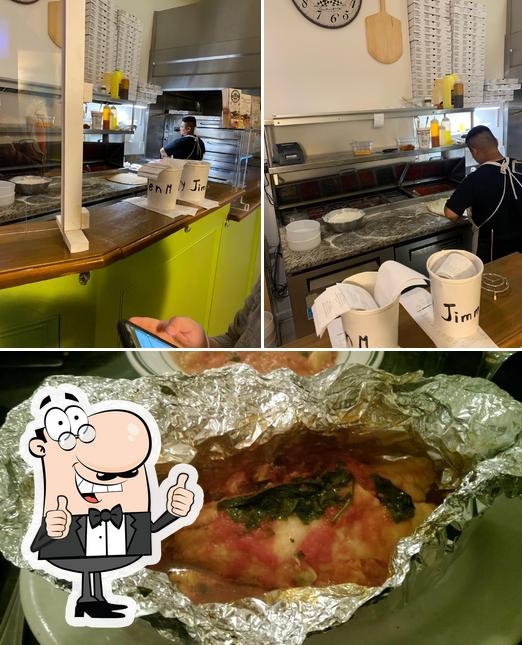 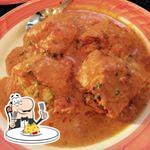 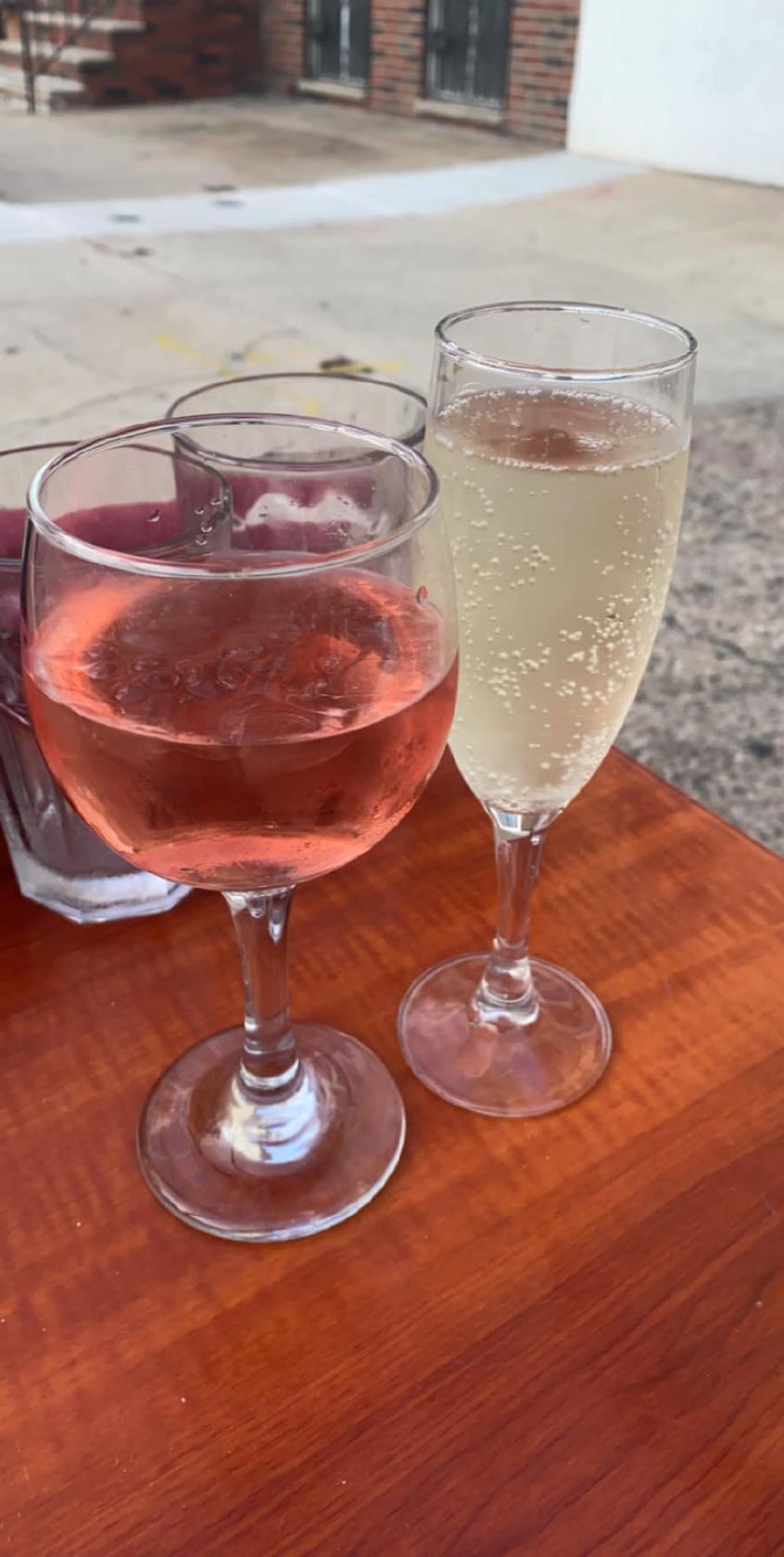 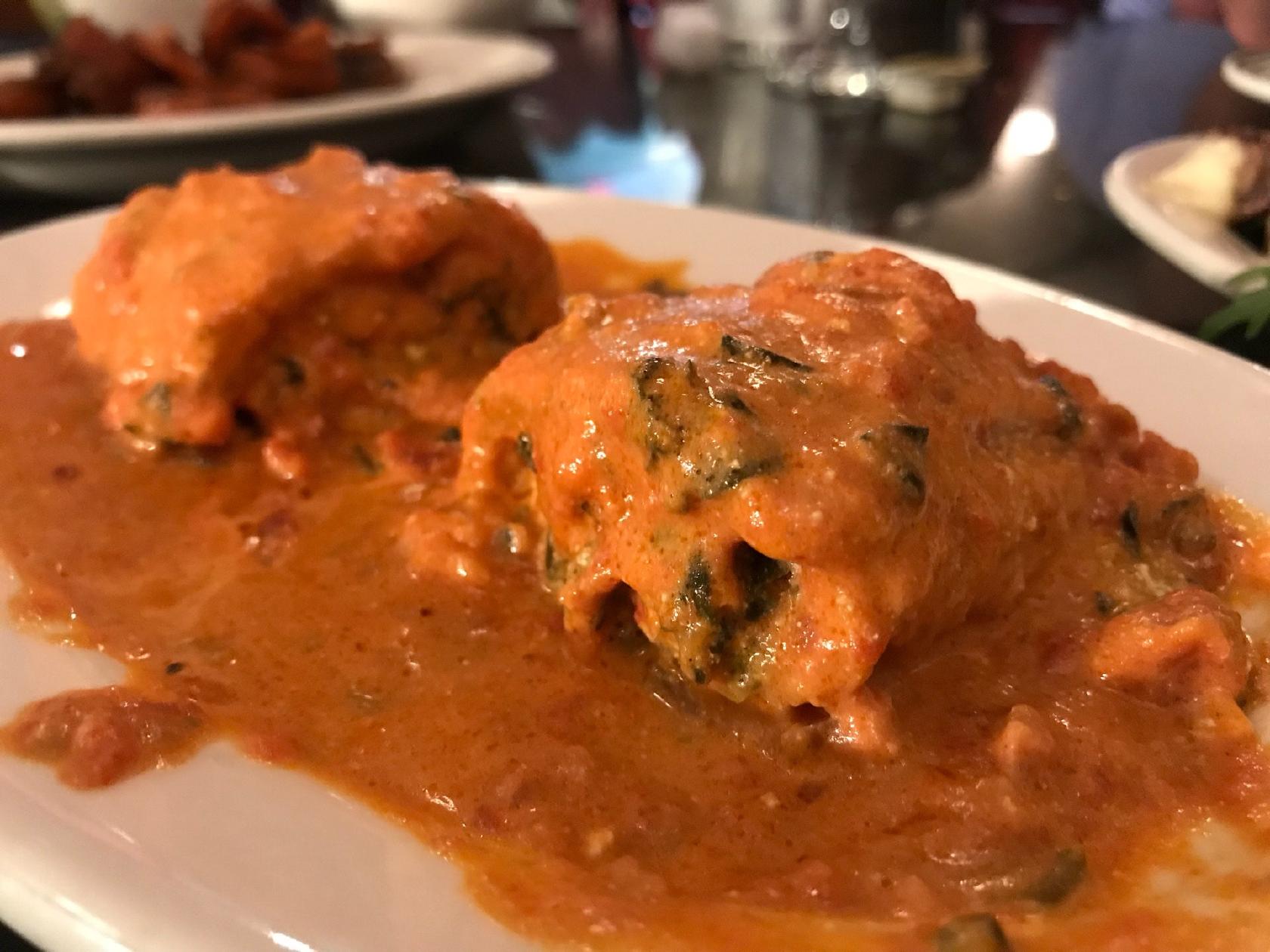 The warm atmosphere of this spot makes guests feel relaxed and have a nice time. The competent staff works hard, stays positive and makes this place great. Fabulous service is something that people highlight in their reviews. You are to be pleasantly impressed with affordable prices at this restaurant. Many visitors describe the decor as divine. The overall score of Ristorante Pesto on Google is 4.8.

8 months ago on Yelp
So, I've heard a lot about this place. First of all, the service was very good - friendly, accommodating staff! The food, well ... nothing special. The stuffed branzino was lost in an over-abundance of sauce (or gravy, if you prefer) ... the appetizers were okay, except a bit over-cooked. Not horrible, but not great. The drinks were excellent, however.

8 months ago on Yelp
Grave disappointment. We were going to a special dinner with family walked into restaurant that was freezing cold and the hostess had the wrong day's reservations out and could not place any party. A dozen people packed into a small entryway the hostess was trying to figure out by size of party where to seat everyone. We were sat by the front door where each time the door opened was a rash of cold air. We ate with our winter coats on.  Ordered a drinks mine came resting on a puddle of water that I had to eventually ask to have cleaned up.Waiter came by to tell us specials and we needed him to come back again because he rattled them off so fast we didn't get them a second time ethier. ( I'm a college graduate)! Long long wait for two pasta dishes and two veal chops. Starting to worry about making play in two hours they bring 3 entrees and not the forth veal chop mind you salad and bread plates never removed from table so there wasn't any room to place the entree plates. By the way I piled the dirty dishes up and were never removed until we asked. When my veal chop finally arrived it was covered with a big blob of melted cheese approximately a quarter pound. When I looked at my husbands that wasn't there. I moved the cheese off of the expensive chop it was a large meatless bone that looked like Kujo already got a hold of it. Immediately calling the waiter the hostess or manager not sure who she was insisted the meat was sold by weight. So basic ly she said there was nothing wrong with my meatless vEal chop. She then went and showed me the meat order slip and when I said that's not necessary why not just weigh it she didn't . I asked again  she continued to insist there was nothing wrong with my cheese chop! But I continued to wonder why my husband was served the meaty chop and why I got the meatless cheese chop. Maybe south philly still thinks women should be seen not heard. Sometimes a refresher course in human relations can be helpful

9 months ago on Yelp
So, family and I came here with my best friend's family on a "last minute" reservation. We were able to be fit in at the 5pm opening for seven people but had to be out of there by 7:20pm. We left with only seconds to spare! This was, for us all, a three and one half star restaurant but I rounded down this time as we liked the food, but were not particularly floored with everything. There was nothing wrong, but the tastes were not that spectacular. My family had appetizer specials of stuffed mushroom, bacon wrapped shrimp, fried eggplant, and a non-special calamari. The mushroom stuffed with crab was very pleasant with lots of crab and a very nice rose sauce, but it was served lukewarm which diminished the taste. The calamari was also crispy and not over greasy. My kid said there was too much for just him. The bacon wrapped shrimp was five golden fried plump shrimp but the one I got to share with my other kid was overcooked and a bit rubbery. The eggplant on the other hand was light and crisp but with a lot of sauce which was almost too much on the plate. Our main courses included a special of homemade black pasta with seafood, gnocchi, and chicken Parmesan. All were nice but nothing to rave about. The seafood pasta had a generous amount of seafood within the dish. And garlic! The the gnocchi was just "all right" and was only 3/4 finished with the leftovers not wanting to be brought home. Wife's chicken parm also was nice and filling, but the gravy was not to her liking. Also, it only comes with vegetables and not pasta. It was finished, though. Like other Yelpers mentioned, a tray of bruschetta and cold roasted carrots with balsamic glaze were served gratis. Both were quite nice even though some bruschetta was felt to be a bit too much onion to tomato ratio. We did decide to go with some desserts and cordials. A shot of limoncello was refreshing. The cheesecake and chocolate cake were fine, but did not seem to be made in house. Again, good but not awesome to us. The cappuccino was good. Overall, a more fun meal because we were with friends and had great conversation. We brought our own wine and you can, too, but not beer or liquor. There is no corkage fee. They also have a full bar. There was nothing wrong with any of the food, but it just wasn't something to put everyone else to shame. Service was friendly and spot-on. $210 including tax and gratuity automatically added on as we had a party of seven. The $210 was our share with a second check. They will only split a bill two ways and accept two cards. Our share was four appetizers, four entrées, two desserts, cappuccino, and limoncello cordial. A very fun pleasant night out with friends. ADDENDUM: Based on this review, the owner contacted my friend who actually made the reservation and offered a considerable refund of monies paid saying she was very disappointed that we were not completely satisfied. I have to say that this was not requested or desired, but shows that the owners do pay attention to social media reviews. I felt this review was very honest and if things were really bad, we would have said something in person asking for a new meal or money back. This was not the case in our fun meal yesterday, as things we had were nice, and service was great, but overall just not awesome.  I appreciate that the owner reached out. Maybe it should have been to me through Yelp as I wrote the review. I would have recommended and still would recommend Ristorante Pesto to anyone if they asked about it.
All opinions
Get directions
Address
1915 S Broad St, Philadelphia, Pennsylvania, USA
Features
Delivery Takeaway Сredit cards accepted Booking Parking Wheelchair accessible No Wi-Fi No TV
Opening hours
Website
http://www.ristorantepesto.com

Best vegetarian restaurants to dine in Philadelphia
by Miles Greene

L'Angolo Ristorante
#36 of 12685 places to eat in Philadelphia