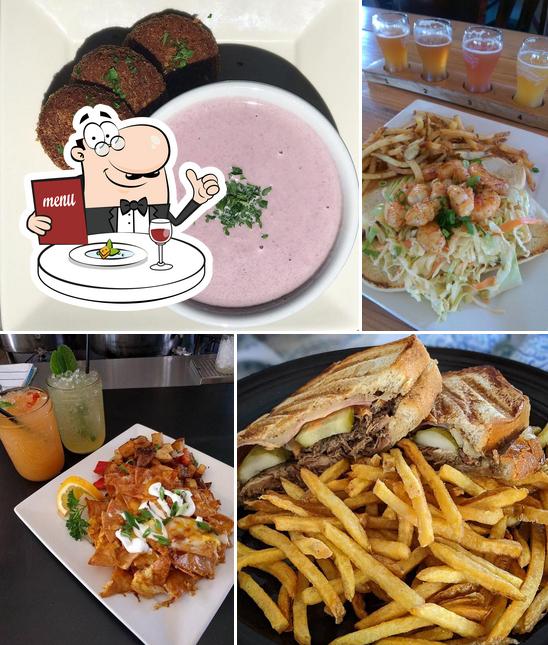 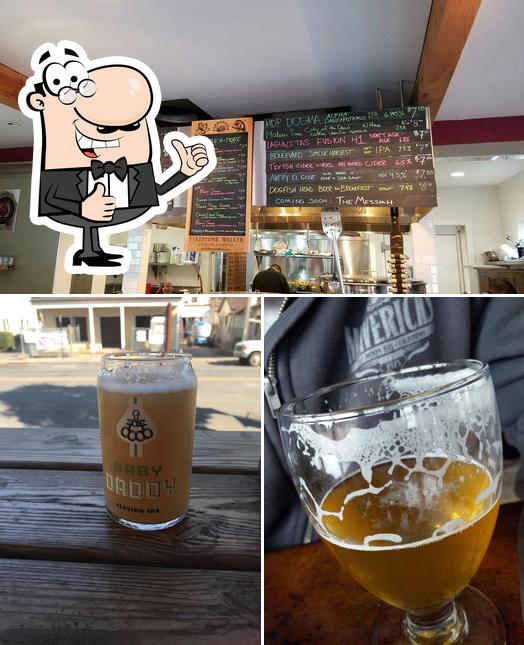 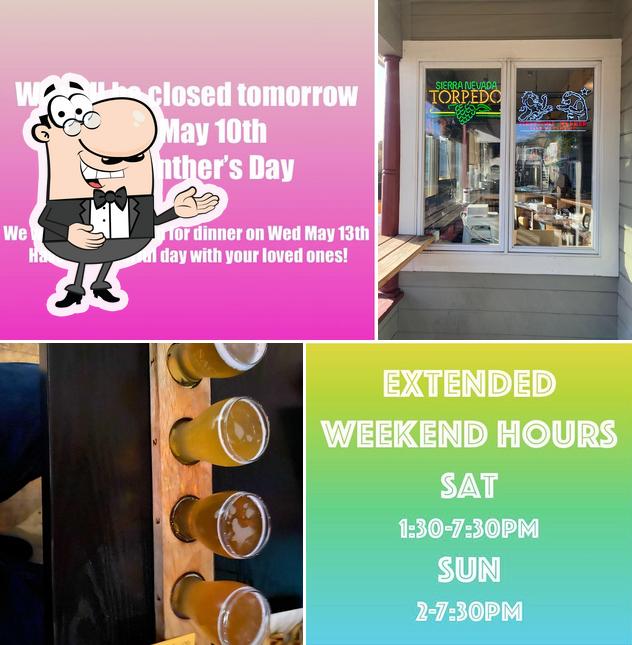 Offering good pork, fish tacos and salmon is the feature of this bar. You can eat tasty Brezeln here. Based on the visitors' opinions, waiters offer delicious draft beer, pale ale or cider. Great lemonade is the most popular drinks of Sacrilege Brewery + Kitchen.

Live music is played by musicians in the evening. The knowledgeable staff welcomes people all year round. Service at this place is something one can call enjoyable. From the guests' point of view, prices are adequate. Most of the time, the pleasant atmosphere is to be found here. Many clients who visited this spot rated it 4.9 on Facebook.

6 months ago on Yelp Request content removal
Quick lunch stop after a good walk on the beach. Got the cod fish tacos and caprese sandwich, both were absolutely delicious and perfect on a warm and sunny day.

Joe P.
Carla, thanks for stopping by for a quick lunch! There's nothing better than fish tacos and a caprese sandwich after a morning at the beach. We hope to welcome you back again soon!

6 months ago on Yelp Request content removal
Amazing food, amazing beer, amazingggg sours. Great outdoor space, lots of heaters. Staff are the nicest and make you feel like a friend. Ask for recommendations, they know their stuff!!!

Joe P.
Caitlin, it's nice to know you enjoyed the food and beer so much! You're always welcome back for some fresh air and fun too. We look forward to seeing you again soon!

3 years ago on Yelp Request content removal
We decided to check out Sacrilege Brewery + Kitchen because the menu listed a vegan patty as the staple of the Karma burger, which is served with pesto on an English muffin. When I got up to the counter, I asked if the English muffin was the only vegan bread choice. The cashier's response: "I don't think English muffins are vegan. I think they have eggs in them." She was nice enough to go get the English muffin package from the back, and as she read through the list of ingredients, it was indeed true the English muffins are not vegan. Instead, she offered to do a lettuce wrap. No big deal; who needs all those carbs anyway? But since the bread wasn't vegan, I decided to double check on the pesto. The cashier looked me dead in the eye and said, "Well, I'm sure it's vegan. Isn't that the point of having a vegan burger on the menu? That everything it comes with is vegan?" Oh, the irony. I'm guessing she checked with the chef, because when we got our burgers, they did not have pesto. However, one of the burgers still came with an English muffin, and neither had a lettuce wrap, per se, but rather a single leaf of lettuce on the top. The burger patty itself tasted good enough. It is a true veggie burger, with vegetables, and not one of those veggie burgers that tries to emulate real meat, which I liked. The fries were decent; we tried both sweet potato and garlic. I would probably return if Sacrilege were able to make a 100% plant-based burger on a vegan bread or bun, but as is, $13 is overpriced for a patty with a leaf of lettuce, a tomato, and a pickle.
All opinions
Get directions
Address
730 Main St, Half Moon Bay, California, USA, 94019-1925
Features
Outdoor seating Сredit cards accepted Wi-Fi Takeaway TV Wheelchair accessible Delivery
Opening hours
Website
http://www.sacrilegebrewing.com
@sacrilegebrewing

Tasty dishes in Half Moon Bay

Restaurant features in Half Moon Bay