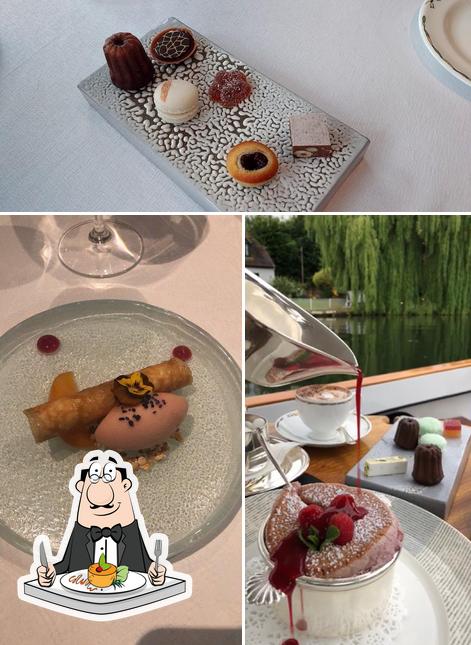 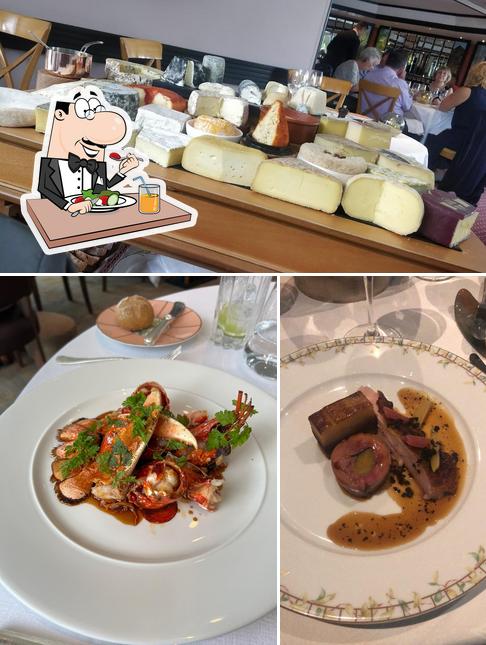 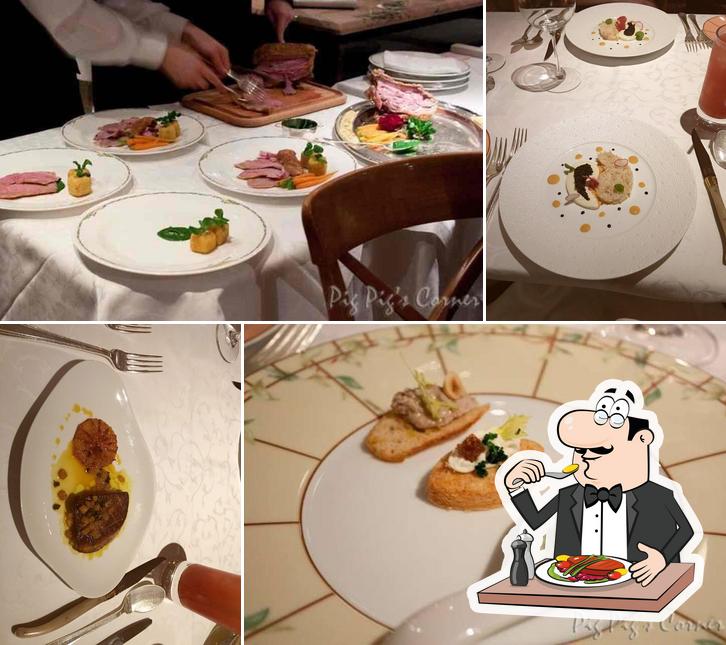 The Waterside Inn
Add a photo
Add your opinion

At this restaurant, you will be served French cuisine. You will be offered such food as nicely cooked veal, canapes and amuse bouches, come here and try them. Tasty petit fours, soufflés and tarte tatin have a nice taste. When visiting Waterside Inn, it's a must to try good desert wine, michelada or armagnac. Here you can drink delicious latte, mint tea or fruit juice.

The intimate atmosphere of this place allows guests to relax after a hard working day. Visitors feel relaxed at this spot because of the well-trained staff and the fabulous service. From the guests' viewpoint, prices are attractive. You will be pleased by the homey decor. It's a three-star Michelin restaurant that is worth a special visit.

Ratings of The Waterside Inn

Visitors' opinions on The Waterside Inn

18 days ago on Google Request content removal
Absolutely world-class dining, with outstanding food and service. The dining room is beautiful, although a bit loud at the peak of the evening. Every course, without exception, was presented beautifully and tasted wonderful. Unexpectedly, there was a complication with an allergy, something that should not happen in a restaurant of this calibre, or really any restaurant, but the staff and the Chef himself reacted very well to resolve the situation.Highly recommended.

19 days ago on Google Request content removal
Beautiful location. Stayed in la Riviera which is lovely apartment overlooking the river. Food in the evening was revolting. Bitter, over seasoned and not worthy of a motorway service station. God knows how they got 3 Michelin stars! Stay in the apartment but if you want something to eat pop up the road to the Hinds Head; superb

3 months ago on Google Request content removal
After waiting several months, my boyfriend and I had a very disappointing lunch at the Waterside Inn. I had high expectations, due to many memorable experiences at other 3-star Michelin establishments, like NYC's Chef's Table at Brooklyn Fare, 11 Madison Park, Le Bernardin, Masa, Per Se.We made an effort to depart London early to avoid issues en route and arrived an hour before our reservation. There was no doorman, and nobody greeted us at the hotel (fair enough if the restaurant was closed, but the hotel?). Inside, we eventually found a female receptionist behind the counter. We said we were here for a lunch to which she replied “you're REALLY early,” and then asked us to wait on the couch in the hotel lounge. It is common to arrive early and perhaps, have a drink before the meal, so we were slightly taken aback by her attitude. Instead, there were no offer for drinks or anything, so we were left sitting there with nothing to do for an hour and regretting that we had arrived so early!While waiting, we watched in astonishment as the restaurant employees (not several but at least 20 or so) dashed in and out of the hotel and restaurant carrying bowls and trays of food. There were even several employees putting on their jackets/attire in front of us. We overheard loud conversations of kitchen staff chatting to each other, and 4-5 employees running through the lobby past us. I'm aware that everyone has to prepare for service, but doing that in front of the restaurant and in view of guests did not leave a great first impression.Finally, we were greeted by the restaurant staff. They took us to the table and gave us a fantastic spot in the middle of the room overlooking the Thames.The food was good, but nowhere near 3-star Michelin standards. Of course, there is everything you might expect at any typical 1-2 star Michelin restaurant (foie gras, duck, lobster, fish, some variation of pear/apple dessert in the UK) but it would be a stretch to say the food was "exceptional" or "worth a special visit". My partner, who dined at 2 star Michelin at Le Manoir in Oxford weeks earlier said that the service and food there had exceeded The Waterside Inn.I had difficulty finishing the duck and left half of it uneaten (see photo attached). The lobster was stunningly plated, but the accompanying sauce was bitter and outstripped the taste of the lobster. My partner did not finish his starter (an aubergine dish that had been recommended by the waiter due to dietary restrictions). We did not want to cause a scene because the dining room was so small you could hear everyone's conversations, and the service was very busy. But at any other exceptional establishment, somebody would have noticed that a large amount of food was left on the plate, and to inquire if they could offer you something else. My bf said the staff at Le Manoir noticed he didn't enjoy several dishes, and without any complaint on his part, they replaced the dishes with something else for him. But there was nothing of the sort at the waterside inn.For dessert we ordered the classic apple tarte with cinnamon ice cream (also recommended by the waiter as one of the restaurant's best). It was nice. But anyone who has had apple pie will know it is very common and basic to pair apple with cinnamon. For 66 quid for an apple tart and a 3-star Michelin trademark, was it too much to expect a somewhat creative and imaginative combination of flavors? It was far from a gastronomic masterpiece. We could not eat the entire thing (the tarte was the size of a large dinner plate, which they divided in 4). They gave us the other half in a paper box to take home (without telling us how to prepare it (reheat? eat it cold?) when we got home)The tables were fully booked, and there were certainly many others there that thoroughly enjoyed the experience. It is indeed a very tranquil, idyllic, "unpretentious" spot, well-suited for a memorable occasion. Unfortunately, we left the place extremely dissatisfied and scratching our heads about how this was possibly a 3-star Michelin experience.
All opinions
+44 1628620691
French, Vegetarian options
Closed now
$$$$ Price range per person £170 - £190