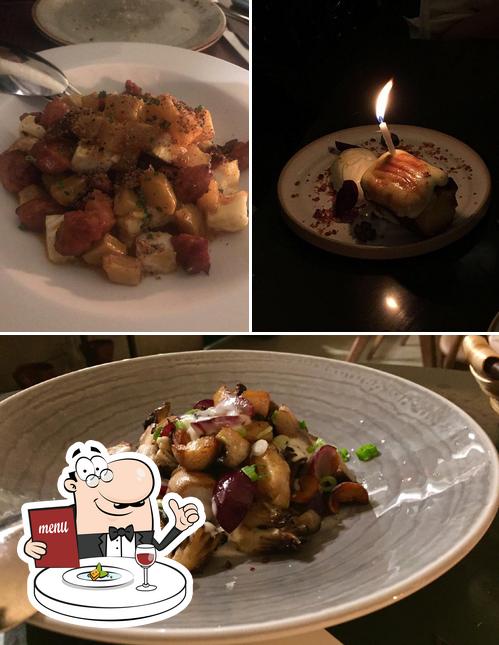 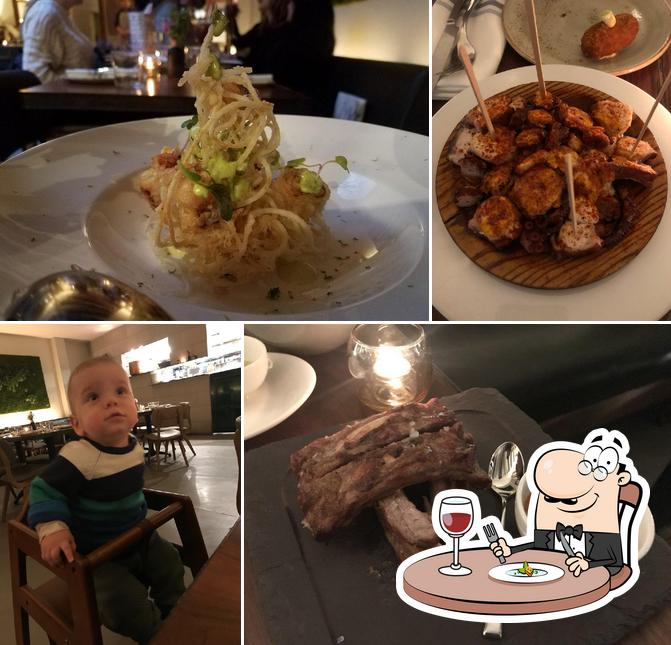 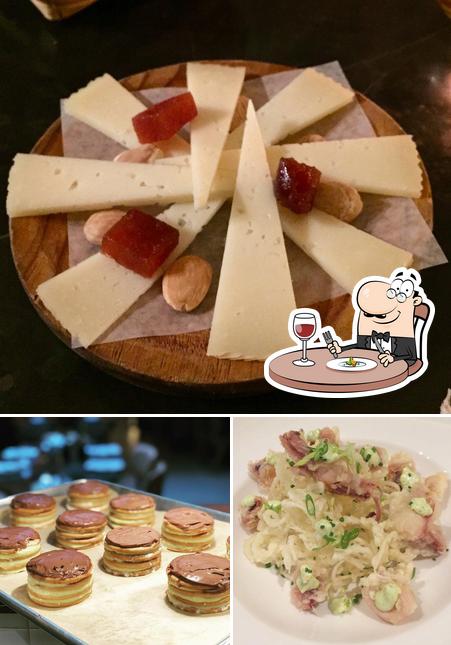 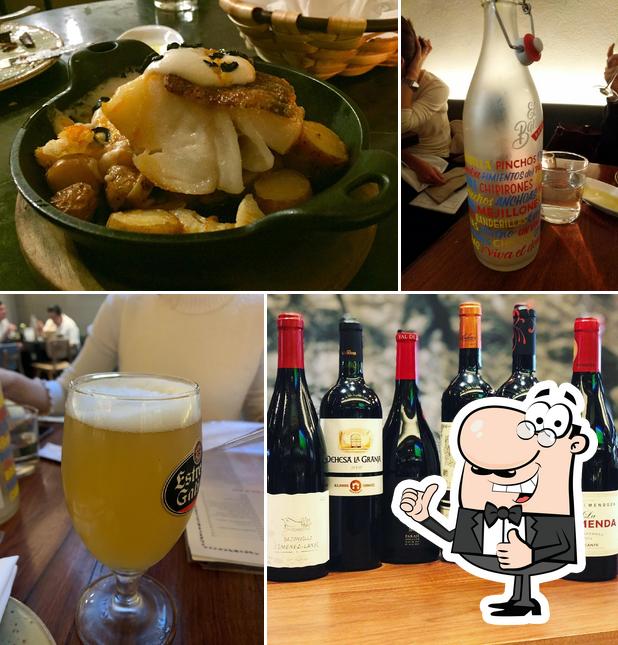 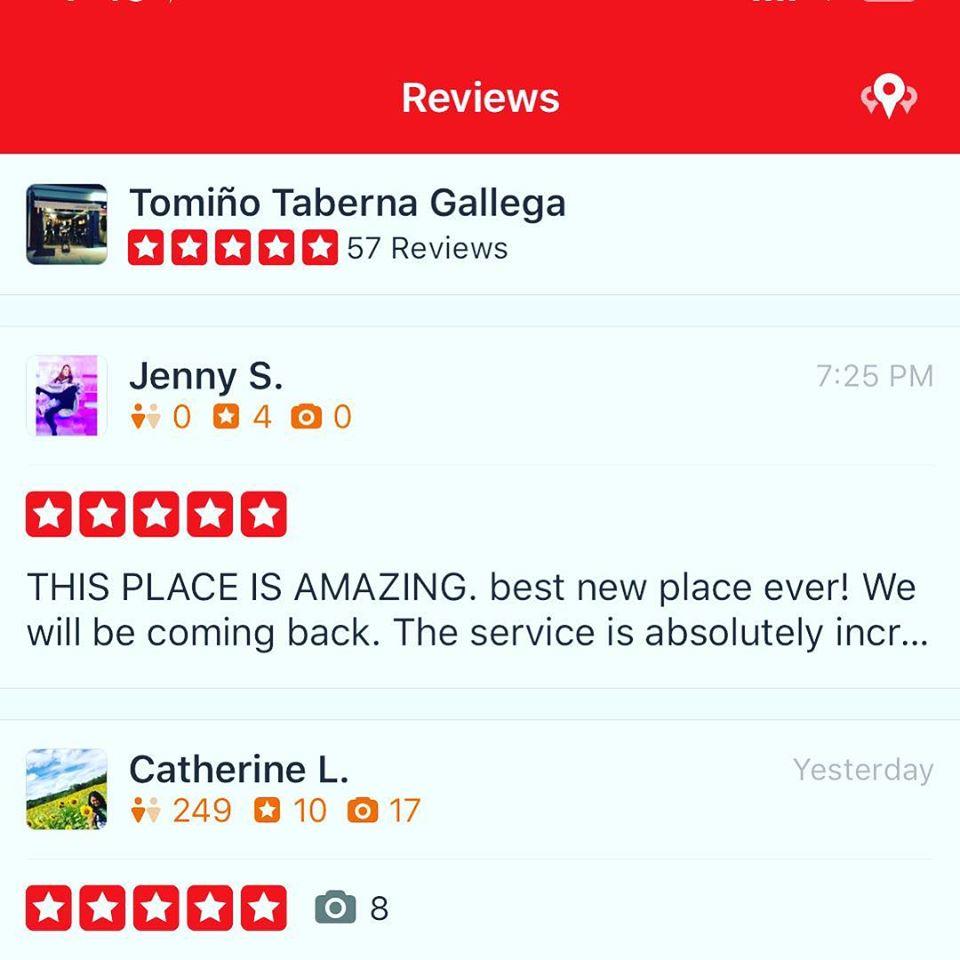 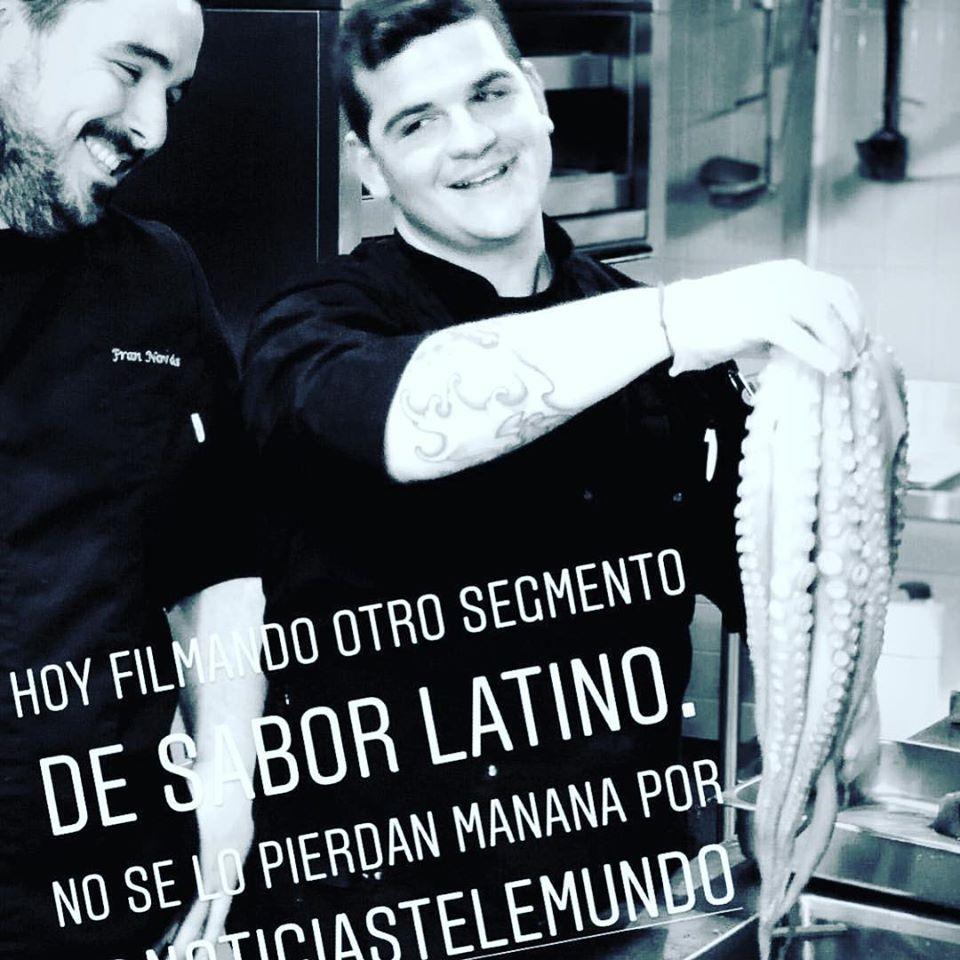 Alleva Dairy can be on your route by default, the guests' piece of advice is to visit this bar. If you like Spanish cuisine, come to Tomiño. Mouthwatering spanish tapas, grilled octopus and croquetas de jamon can make a deep impression on you. Many people come to enjoy good tarta de santiago, gelato and almond cakes. This place will offer you delicious Spanish beer, Spanish wine or tonic. Take your chance to taste great americano or good chocolate frappe.

Choose between indoor and outdoor seating. The success of this spot would be impossible without the terrific staff. There is a comfortable atmosphere and divine decor at this bar. Tomiño received the Bib Gourmand award for tasty meals at fair prices.

9 months ago on Google
Anything close to the taste of a home made meal for me is a winner. This beautiful Restaurant reminds me of my Grandmother's kitchen. I strongly recommend the "Caldo Gallego." This hearty vegetarian soup makes a great appetizer to share, and the Pulpo á Feira is a fine warm Octopus with a delicate splash of olive oil, sea salt and a soft pimentón spice, which is one of this Restaurant top sellers and most popular dish. I personally guarantee it. Great Menu and Excellent Wine List. SUPERIOR CUSTOMER SERVICE. FRIENDLY ATMOSPHERE and BUDGET FRIENDLY! Moderate Prices. THIS IS A MUST TRY.

9 months ago on Google
Delightful meal and comfortable space. It was a good date night place. The service was nice and friendly as well.

a year ago on Yelp
What ended up being our last meal with just the two of us started pretty innocuously - we were interested in trying out a different spot than usual for tapas, and we decided to check out Tomino since its specialty is in northwestern Spanish (Galician) cuisine, which is something I hadn't had prior. A reservation wasn't needed when we showed up (shortly after noon on a weekend), and when the weather is nice, there is a small outdoor seating section, as well as a bar in the front and a dining area further in the back, which is where we ended up. The ambiance has a nice, rustic feel that does make one feel as though they were back in Spain, and the service is quick and hospitable, with dishes being served as completed. There's a pretty substantial wine list that overcomes the relatively threadbare beer selection, but the cocktails here are quite good (which is what I did), and it's a nice way to start a casual brunch. The food is a tad different from other tapas spots, but with more local twists than stuff that will seem completely foreign to someone familiar with the Spanish palate and cuisine. That said, it's all fantastic and done to a very high level. The tortilla is made with a runny egg, retaining the density of the dish while adding in a runny smoothness with each bite. The croquettes were delicious as well; the flavors were not as unique in some ways (I did like the fish one better than the ham), but the crispiness of each bite was unparalleled. My favorite bites were from both the land and sea, with the octopus being cooked to absolute perfection texture-wise and being served with a simple dribble of salt, paprika, and olive oil. Not too complicated but probably the best preparation of octopus I have ever had anywhere. The lamb chops were also excellent; it's only two to an order, but there's a fantastic char on the chop that really infuses in a bit more of a charcoal flavor that really blends well with the slightly more gamey taste of lamb. You probably don't expect to wander down Mulberry Street in Little Italy and expect to come upon one of the best Spanish restaurants in the city, but that is exactly what Tomino is. It feels like one of the better-kept secrets in NYC, and it's definitely the next spot you should enjoy your fill of tapas.
All opinions
Get directions
Address
192 Grand St, New York City, New York, USA
Features
Outdoor seating Сredit cards accepted Booking Delivery Takeaway Wheelchair accessible
Opening hours
Website
http://www.tominonyc.com
@tominonyc

Best restaurants for vegetarians in New York
by Daniela Stiglitz