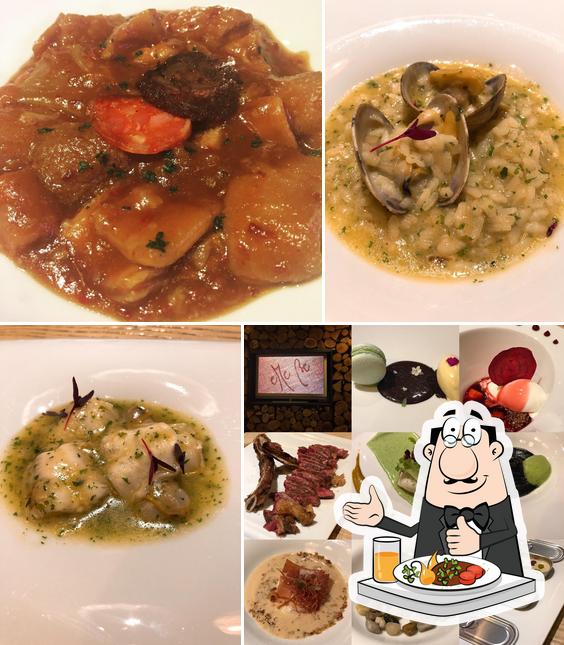 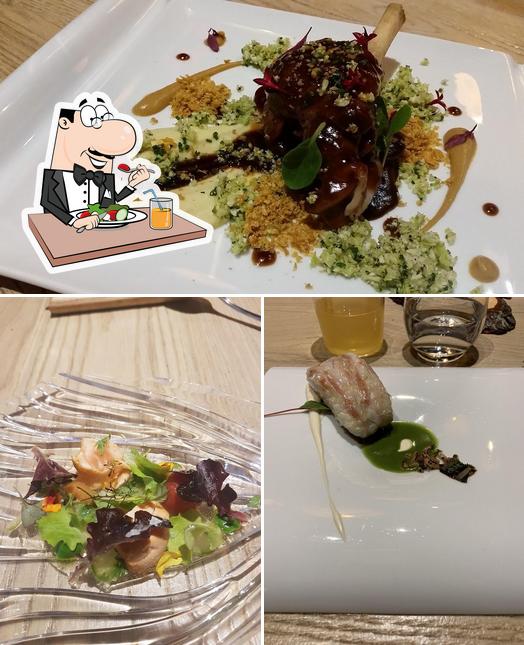 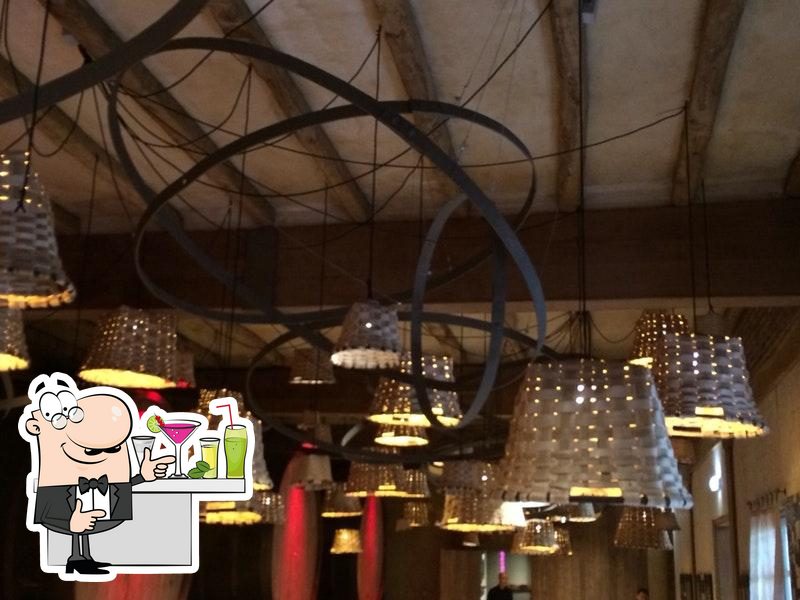 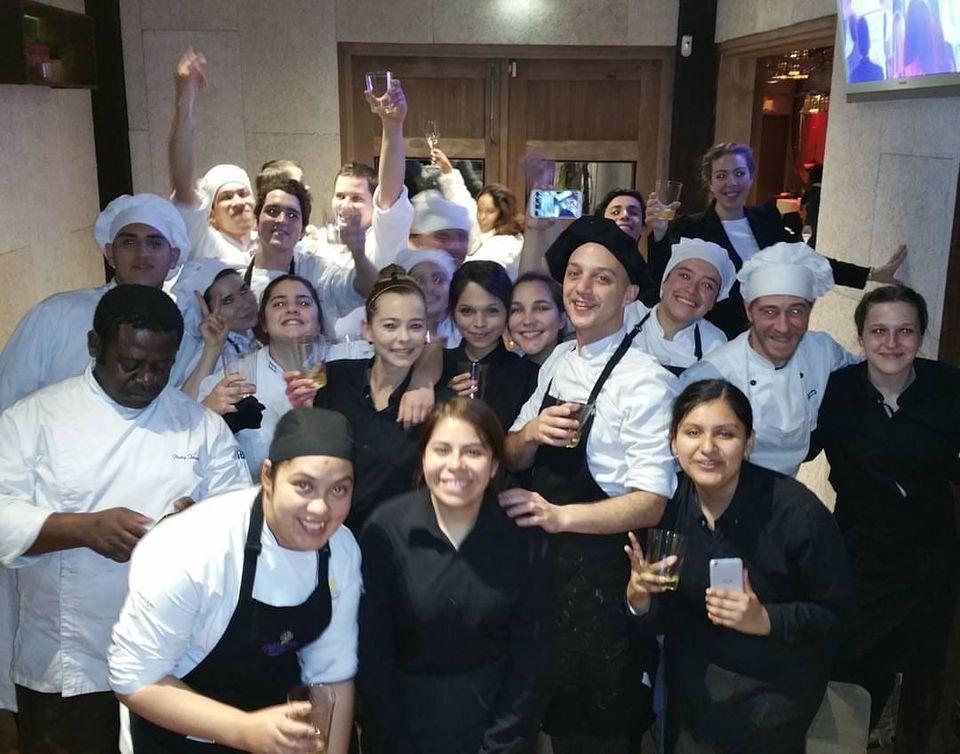 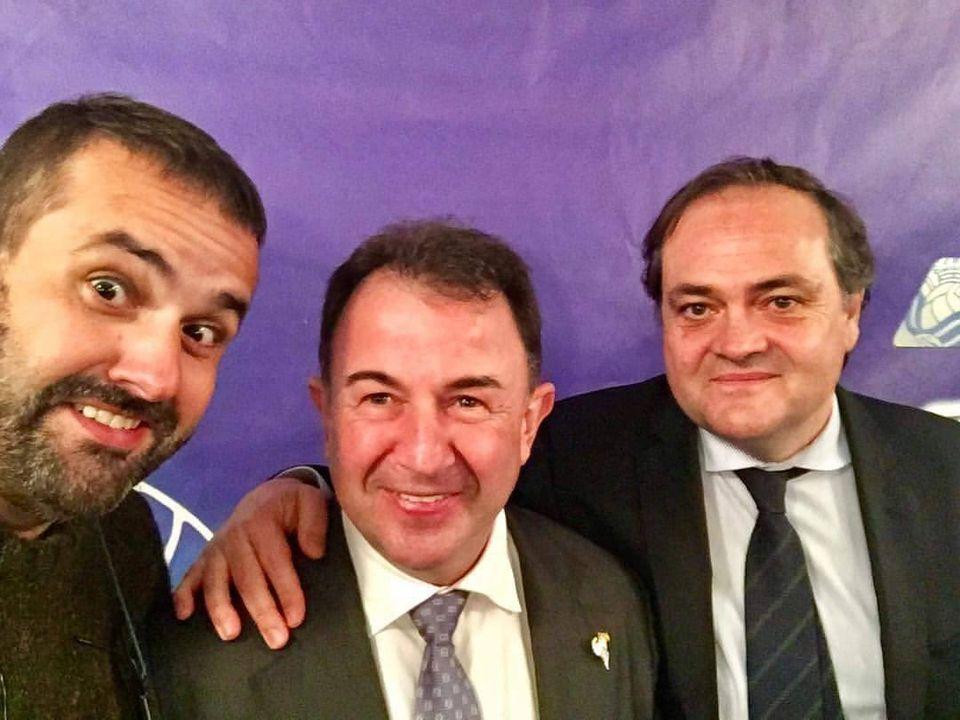 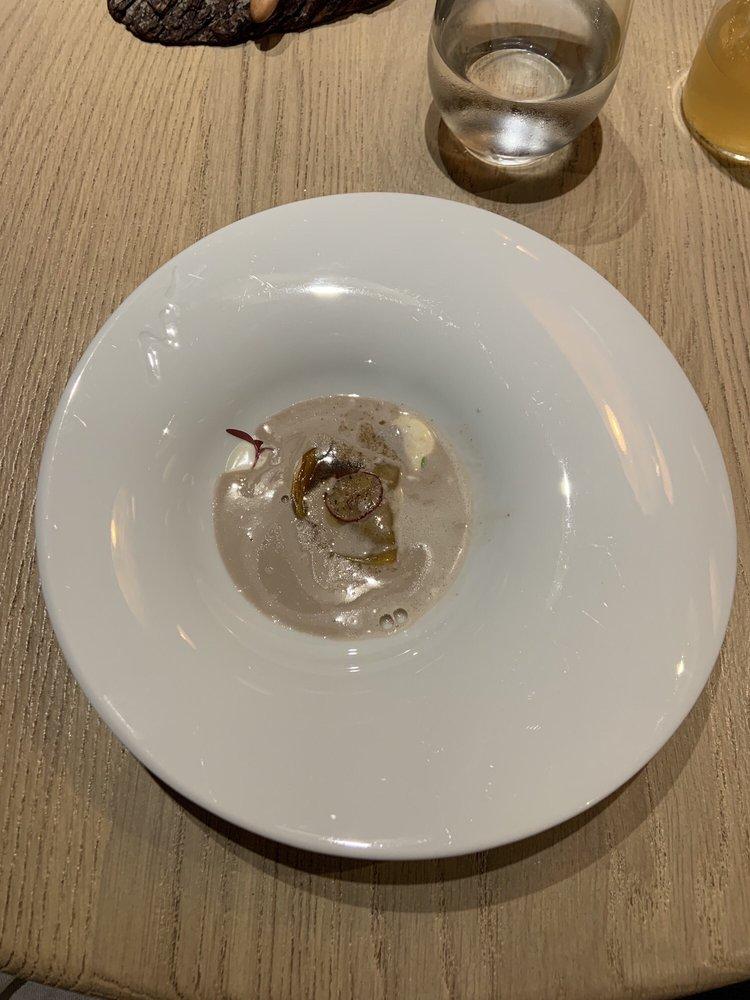 eMe Be Garrote
Add a photo
Add your opinion

Clients say that they like Spanish cuisine at this restaurant. Invite your friends with you and enjoy mouthwatering tartare, hake and sardine. Most guests recommend trying tasty gelato, parfait and chocolate soufflés.

The convenient location of eMe Be Garrote makes it easy to reach by any transport. Delicious wine, cider or tonic are waiting for you at this place. Take your chance to taste good cortado, lemonade or juice. This spot is recommended for the well-trained staff. The fabulous service is something these restaurateurs care about. Low prices are to be expected at this restaurant. You will definitely appreciate the comfortable ambiance and divine decor. It's a Michelin one-star restaurant, this award is usually given for providing great food.

Ratings of eMe Be Garrote

A MICHELIN star: cuisine of great finesse. Worth the step!
Good standard.

Visitors' opinions on eMe Be Garrote

11 months ago on Google
Amazing restaurant not to miss once in San Sebastian. Service is 5 stars as well.

a year ago on Yelp
Unfortunately Martin Berasategui's main restaurant is closed during most of the winter and early spring, so we instead made it to his newer 1-starred Michelin restaurant a little outside the heart of the city center of San Sebastian. On a Saturday night, we were nearly the first folks to sit down just after 8:30 PM. The restaurant itself is in a gorgeous space; it has the look and feel of a restored barnyard that celebrates what feels like a bygone era, especially with all of the retro bicycles that adorn the walls (along with the old moped at the front when you check in). Rustic wooden finishes are everywhere, and there's also a giant barrel that sits in the middle of the room (I am unsure if anything is actually in it - I didn't see anyone tap the barrel while we were there). Of all the high-end restaurants we went to in Basque country, this one felt the most 'local' - I think we were the only non-locals eating there that night, and the English of the staff was definitely a cut below the other spots - and at some point, the servers did not even bother trying to explain which bites we were eating on our tasting menu. The language barriers maybe helped me by accident, though, as I ordered a glass of red and ended up getting a bottle - but only being charged for the glass at the end (despite making my way halfway through)...so hurray for getting lucky by accident or by finding a place that gives you a nice bottle of wine for under 20 euros! The only other nit on the service would be at the end, when it took us more than 30(!) minutes to get the check, even after we had asked for it. I have to guess it's largely cultural - Europeans love to take their sweet time once dinner gets towards the end - but given how late dinner starts, it would have been nice to leave a bit earlier. You have the option of ordering a la carte or going with the tasting menu; we ended up going with the latter, and it was well worth it to experience the delicious tastes of the region across 7 courses and a handful of starter bites. One of my favorites was our starter dish - a sardine-infused paste that had some pickled vegetables in it...an interesting texture to eat alone but very nice with the bread that was brought over to the table. The raw oyster served with chlorophyll from watercress and a soothing kaffir was a very cool, clean bite to start off the main courses with. The marinated salmon is served on a beautiful glass dish shaped like a fish, with the chilled tomato confit pairing really nicely with the smooth creaminess of the salmon. If anything, I wish the dish had been a little bigger, as there were only a couple of small slices of the salmon itself. The poached egg here, heretical as it might be, was better than the version we had at Arzak - served in a ham-based broth and covered with a few strips of Iberico as well, this was a decadent celebration of one of the most recognizable flavors - delicious cured meats - that the area is known for. The grilled hake was very well-cooked, but what made it even better was the translucent slice of pig jowl overlaid on it, adding a rich juiciness and all the salt you needed to a perfectly flaky slice of fish. The T-bone steak (the final main) was very good, but as someone who's had many an amazing steak, this didn't impress me as much. My wife's substitution of their risotto dish with mussels was very pleasing and stood out quite a bit more, in my opinion. The desserts were solid overall - the pre-dessert was a granita of sorts served with a macaron, while the main dessert was ice cream served with hazelnut bites and a whiskey-infused sauce...definitely the better of the sweets. Even if the restaurant felt less accessible, I still came away from the meal very impressed and delighted with not only the presentation but with how many of these dishes, in unique ways, highlighted the excellence of the Basque flavors. Given its relative affordability to other higher-end restaurants, it's a place I wouldn't have hesitated to come back and try dishes a la carte during the same trip if I had more time. I can't compare it to Mr. Berasategui's main restaurant yet, but eMe Be Garrote still stands on its own as a delicious spot to dine at in its own right.
All opinions
Get directions
Address
Igara Bidea, 33, 37, San Sebastián, Basque Country, Spain
Features
Сredit cards accepted No outdoor seating No Wi-Fi Booking No delivery Parking Wheelchair accessible
Opening hours
Website
http://www.emeberestaurante.com
@emebegarrote

Popular collections including eMe Be Garrote

Agorregi
#9 of 2245 places to eat in San Sebastián