Tijuana is an interesting place. It's part of the San Diego-Tijuana transborder urban agglomeration and is officially located both in Baja, California and the northmost part of Mexico. Naturally, Tijuana is a centre of migration but it's also a hub for transportation, culture, even politics. Not to mention the old lewd picture books. A monument to Spanish conquistadors who founded it, the city has outgrown past influences and became a landmark of its own. This, of course, makes it very interesting to explore in terms of food. 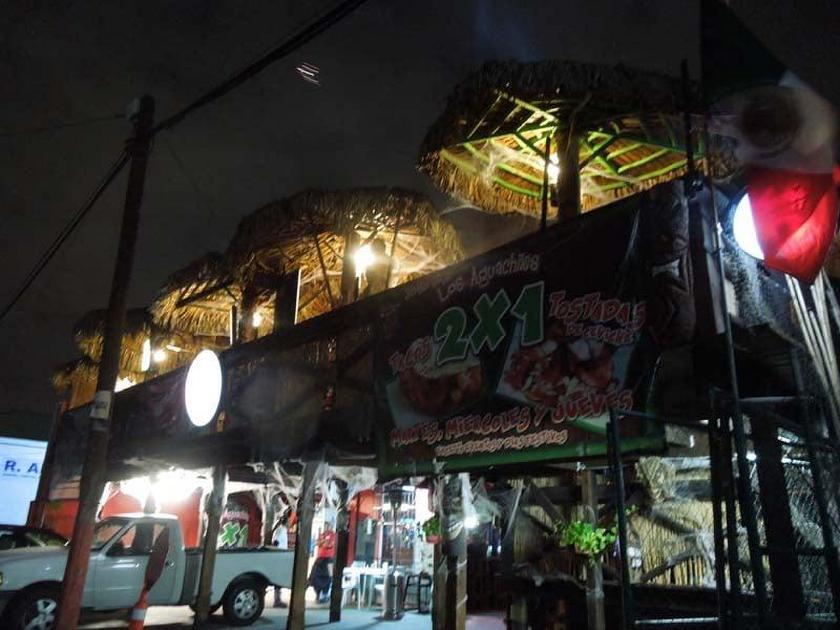 Aguachile is a one of Mexico's most delicious seafood dishes. It is made with shrimp marinated with a sauce made of cucumber, red onion, lime juice, herbs and chilies.

Let's start our list with something spicy and lighter than the usual meat and bones of the restaurant life. Tijuana boasts a strong presence of aguachile, a dish made of shrimp submerged in liquid seasoned with chilli peppers, lime juice, salt, cilantro, slices of cucumber and slices of onion. It's a raw and gritty kind of food normally prepared in a molcajete and available without unnecessary ceremony. Anyone who'd like a taste of true Mexican cuisine should try some but beware of the effect of such a spicy combination on their stomach.

The logical choice for a restaurant would be Los Aguachiles. With a name like that, you can't go wrong. 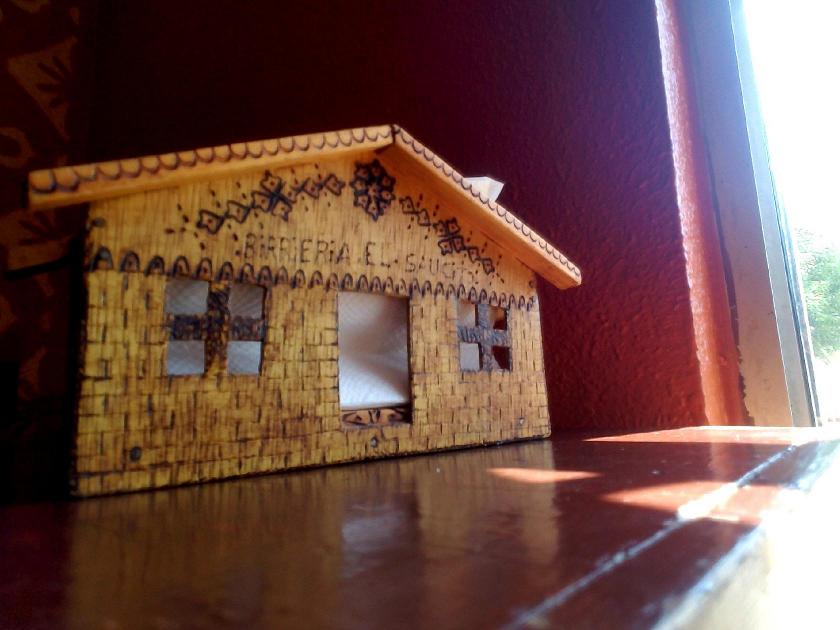 Birria is a slightly spicy flavorful stew, infused with Mexican chilies. It is typically made with goat meat in Mexico, but beef or lamb also work well. The meat is cooked until tender and juicy.

Tijuana has food from all over Mexico, including something from the state of Jalisco. This includes the ultra-famous soup birria. The word itself describes something worthless and lacking substance. Birria is, without a doubt, light and relatively simplistic, but it has its value as food. It's made from a combination of chilli pepper-based goat meat adobo, garlic, cumin, bay leaves, and thyme, and cooked at a low heat underground. The traditional way to serve birria is with handmade corn tortillas. The dish is so popular that tacos have been invented with it.

Birrieria el Saucito is a good choice to get some good birria.

Chilaquiles is a dish made of corn tortillas chips simmered in salsa or red enchilada sauce. It is traditionally served for breakfast in Mexico.

If we're continuing with the light tread when discussing food, breakfast is the logical next step. There is a traditional Mexican breakfast dish consisting of corn tortillas cut into quarters and lightly fried. It's called chilaquiles and is usually accompanied by refried beans, eggs, and guacamole. Lots of regional and even personal variations of chilaquiles are available across Mexico, and several are served in Tijuana restaurants. The dish originated, as many do, from combining leftovers into something edible in its own right. 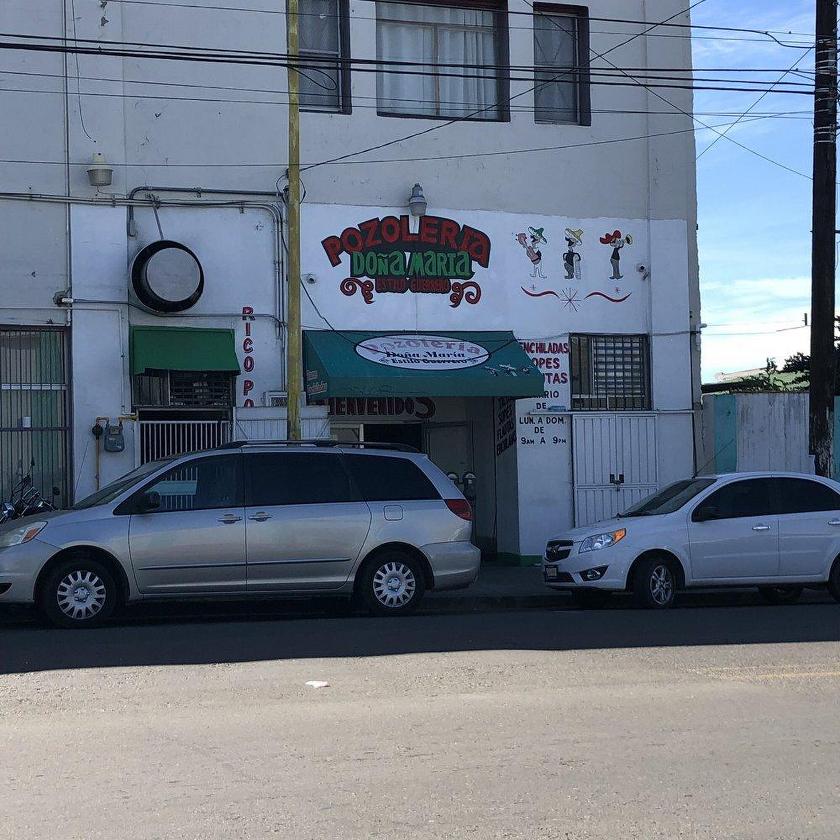 Pozole a spicy stew made with pork, hominy, onion, garlic, radishes, avocado, salsa and red chiles. This savory and hearty soup is a traditional Mexican dish.

It seems that one of the most prolific areas of Mexican cuisine is the one dedicated to soups. Among many interesting recipes and variations, there is pozole, a traditional stew or regular soup made from hominy with meat Most Mexican chefs use pork but chicken is possible if done right. Traditional pozole is seasoned and garnished with shredded lettuce or cabbage, chile peppers, onion, garlic, radishes, etc. The origin of the soup can be traced to the times of Columbus, however, today, it's a household Mexican dish.

The aptly named Pozoleria Doña Maria is a place to go if you want to try it out. 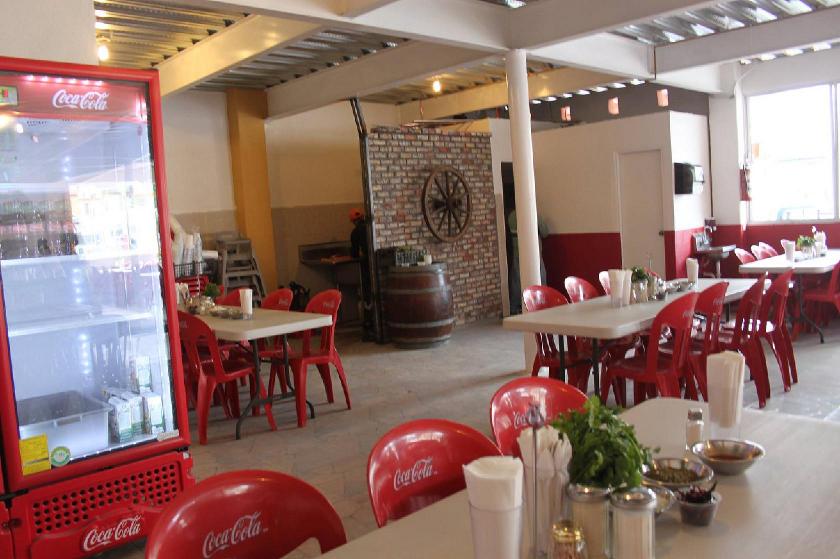 Menudo is a spicy tomato-based Mexican soup made with pork meat, vegetables, garbanzo beans and green. It is served with chopped onion, celery and a dash of oregano.

Another soup on our list. Also known as pancita, or "little stomach", or mole de panza - "stomach sauce" - menudo is made from a cow's stomach and is essentially a Mexican take of soup-like haggis. The stomach is prepared in broth with a red chilli pepper base accompanied by lime, onions, and oregano. Menudo is known as a family meal, so family restaurants offer it as one of their more substantial meals. Since it takes a very long time to prepare, the logical choice for a guest is to order in advance. 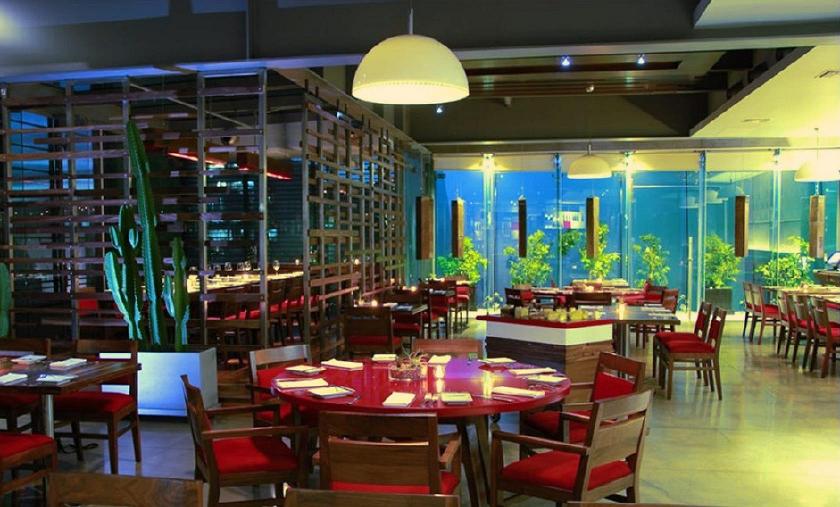 Сhorizo is a cured spiced sausage made from chopped pork and red pepper. The dish is extremely popular in both Mexican and Spanish cooking.

Moving from soups, let's talk about sausage. There are many variations of pork sausage known as chorizo in Tijuana and Mexico in general. One of the more popular and traditional options is the Spanish chorizo made from coarsely chopped pork and pork fat seasoned with garlic, smoked paprika, and salt. Chorizo can be eaten in many ways, be it slices with no further cooking, part of a sandwich, or it can be grilled, fried, or baked alongside other foodstuffs.

There are many places where you can get different types of chorizo, including Spanish, with your main course or on its own. Tacos Las 3 Salsas is a decent place. 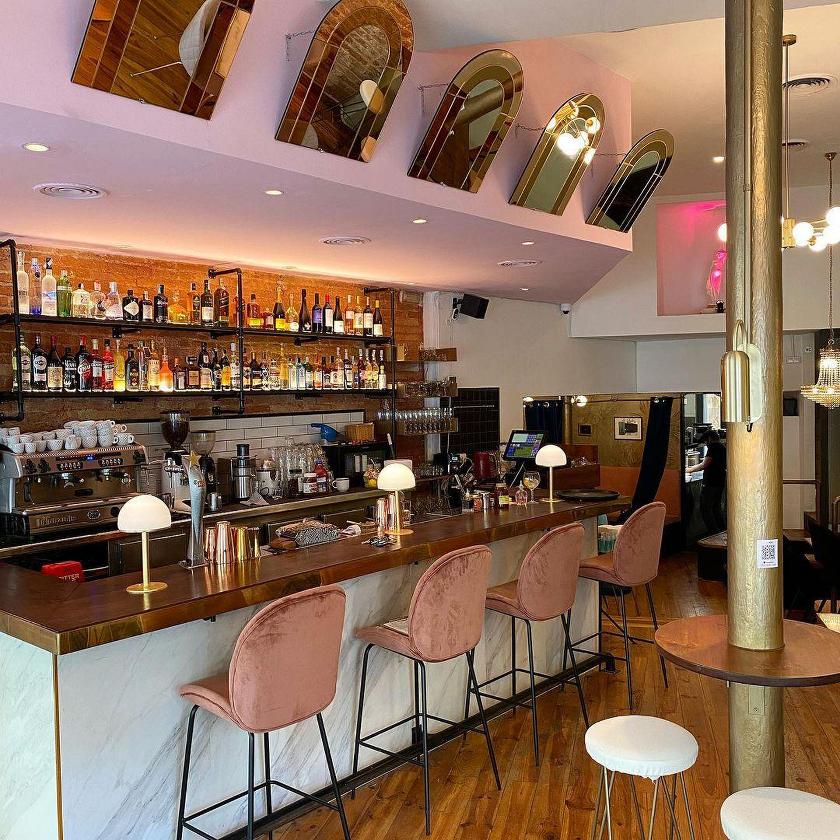 Traditional guacamole is prepared by mashing avocado with lime, red onion, chili, garlic, coriander, and red onions. Then it all is seasoned with salt and pepper and immediately served.

Speaking of meat and other heavy foods, any visitor to Tijuana as the gateway to Mexican cuisine should try local guacamole. The well-known avocado-based dip spread, usually served as part of a salad, was first developed in Mexico, then introduced to European sailors, and finally became known globally in the 1980s due to the rise of the food industry. Served as part of a meat combination or with greenery, guacamole has a strong distinctive taste and add flavour to mixed meals, even allowing fully vegetarian salads to have more strength.

Most Tijuana restaurants offer guacamole, so there are lots of choices. Cremat Lounge is one of them. 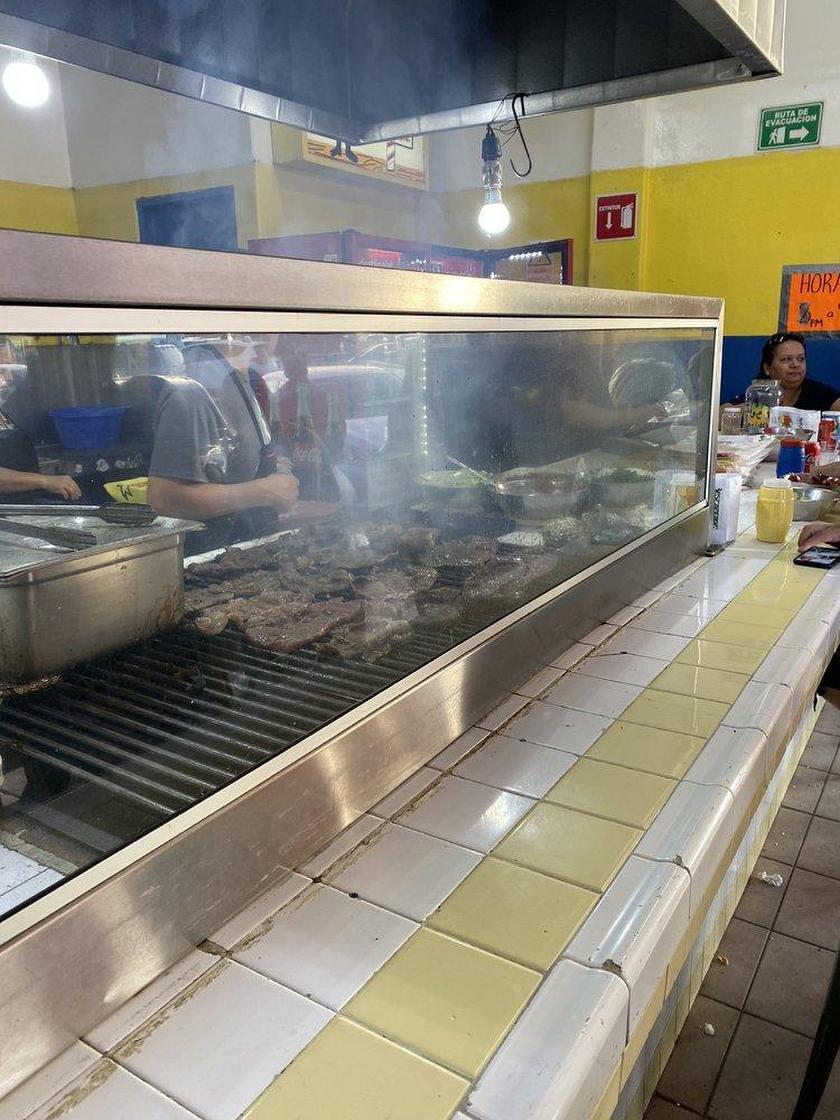 Сrispy and tasty, tacos are a popular street food in Mexico and other parts of the world. The dish consists of small tortillas topped with meat, beans, cheese, and vegetables.

Speaking of tacos, we've avoided the most popular Mexican food long enough to put it at the near end of our list. One of the most popular dishes served on every corner, tacos consist of small hand-sized corns or wheat tortillas topped with a filling of your choice. A taco is easily made if you get the hang of the recipe but only a real professional will make such a mish-mash of filling ingredients, such as beef, pork, chicken, seafood, beans, vegetables, and cheese uniquely tasty. Their garnish is usually salsa, guacamole, or sour cream, and vegetables. Tacos are actually pretty healthy if you know how to eat them.

Try any taco place in Tijuana, like Tacos El Ruso, for example. 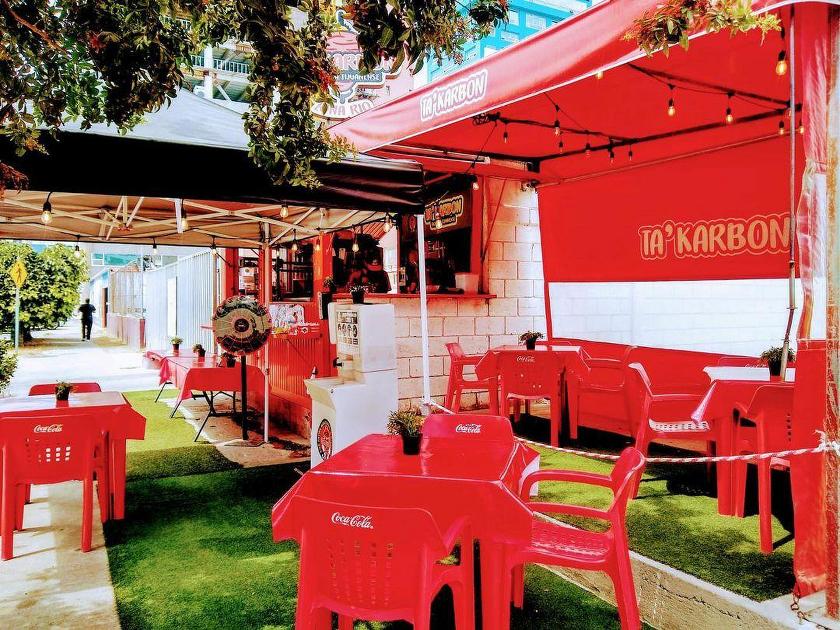 Burritos are made with rice, beans and pieces of chicken, beef or pork wrapped into a warm tortilla. It can also include vegetables, shredded lettuce, salsa or hot sauce. The dish is popular in Mexico as well as in the U.S.

Tijuana's position as the border city between the US and Mexico results in a strong influence of mixed culinary traditions. Despite the obvious Californian overtones, there are also lots of  Tex-Mex elements. Everyone knows what a burrito is - a flour tortilla wrapped in a sealed cylindrical shape around various ingredients. The filling is mostly meat like pork or chicken and beef, other ingredients include rice, cooked beans,  tomatoes, cheese, salsa, pico de gallo, guacamole, or crema. It's strong, nutritious, and suitable for hard-working days or a quick bite in the middle of a trip.

You can always go to Ta'Karbon for decent burritos. 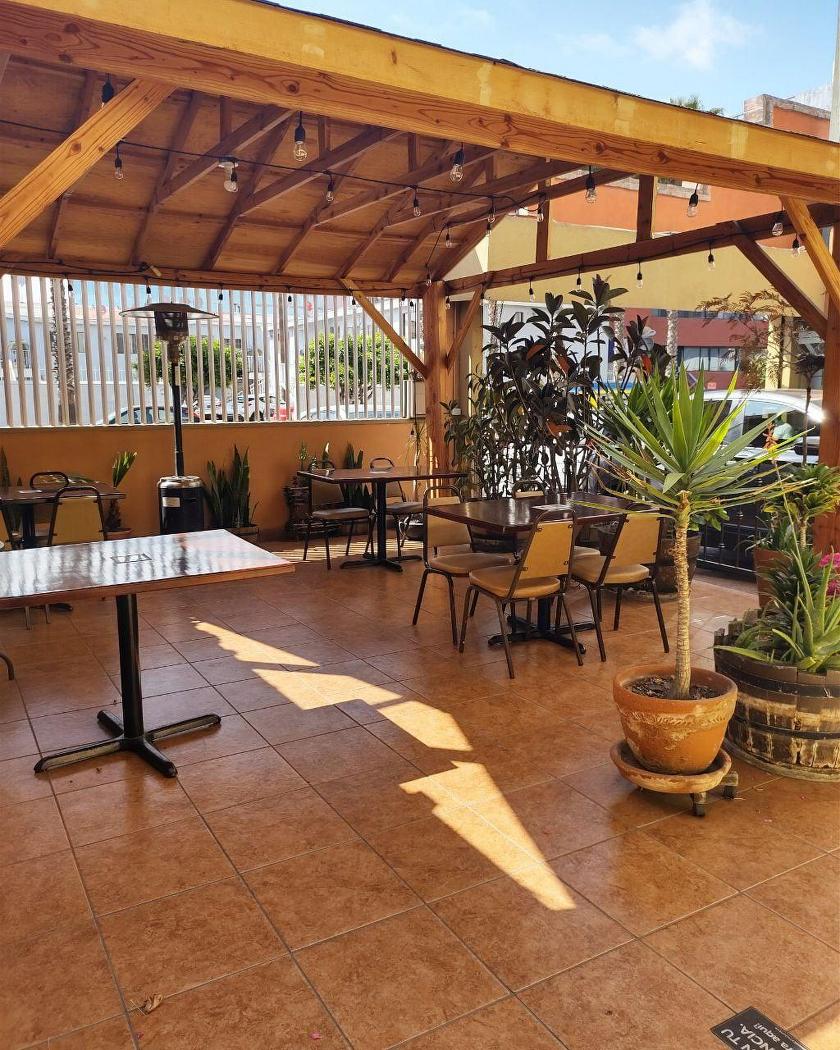 To finish off the list, let's talk about another super-famous Mexican dish that found its way up north. Enchiladas are quick and effective at making you feel full. The dish is a corn tortilla rolled around a filling and covered with a savoury sauce. The meat can be pretty much anything, the most important thing is properly "decorating" the roll with the proper sauce. The formula was arguably invented by the Aztecs, so this is yet another example of a historical legacy affecting cuisine in the region.

Tijuana has lots of everything because of where it is and how people live there. You can find local food to make you happy, so dare, and good luck!

Add your comment on
10 awesome dishes in Tijuana, Mexico
Previous
Next

10 things to eat in Guadalajara, Mexico