10 foods to check out in Cali, Columbia

Columbia is a country of large cities and powerful forests. Santiago de Cali, or simply Cali, is the second-largest and spans many kilometers, hosting people, culture, power, and history. It's the most important place for Columbian sports, the future host of Pan American Games, and the hub of museums, the place that holds the famous Cali Fair, and the birthplace of salsa. All of this means developed infrastructure and a rich set of options for travel, work, and leisure. So, naturally, the food scene in this place is something to behold.

It's fried pork in hot sauce with a side dish of corn and boiled potatoes.

The first item on our list is a rather interesting case. The word "fritanga" commonly refers to a restaurant that makes home-style Nicaraguan foods. But that's for English speakers. In Spanish, however, it means the food itself - meat with large amounts of oil. The term can actually be pejorative depending on the case. And yet, no one can resist the allure of a well-made dish consisting of pork with corn or potatoes. It's not too healthy, no one would argue with that, but it's tasty. The Colombian fritanga actually combines several types of meat like pork belly and blood sausage.

Fritanga is very easy to find. Places like Fritanga J&J speak for themselves. 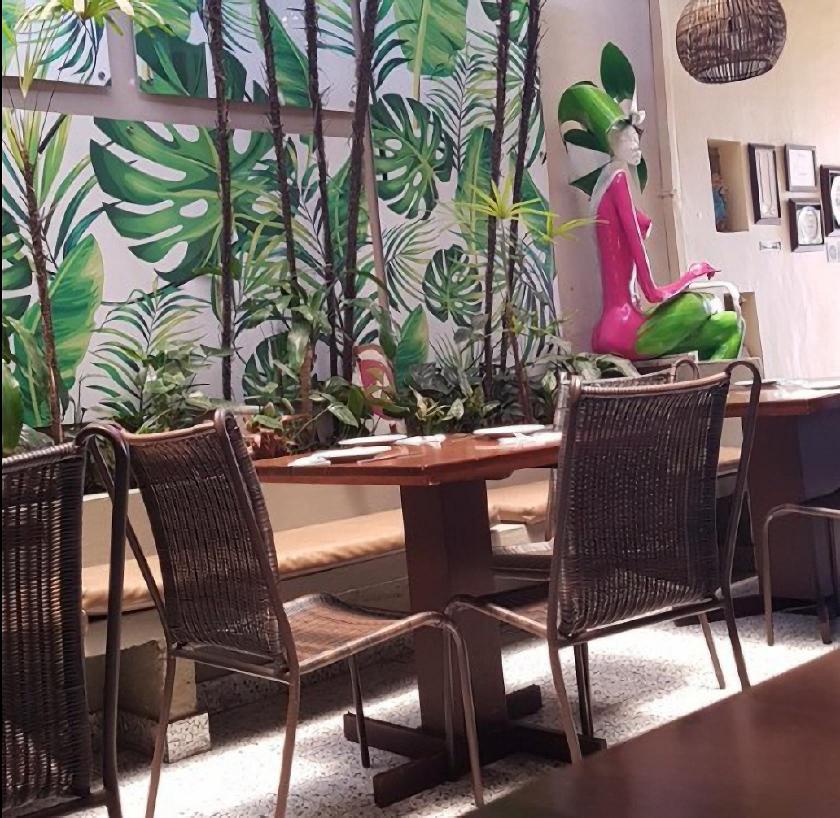 This thick rich soup can be called a ragout from different kinds of meat (beef, pork ribs, chicken, ham, and sausages), with vegetables and various seasonings. Chili or Tabasco is usually added to this dish, which makes it quite hot.

Moving away from the greasy and daring food, we should focus on something in terms of soup. A traditional broth called sancocho consists of large pieces of meat, tubers, and vegetables. It is served all across Columbia and several other countries, Cali not being an exception among the cities that have lots of various versions by different chefs. Columbian sancocho is traditionally made with chicken, hen, pork ribs, cow ribs, fish, and oxtail. In terms of vegetables, there's tomato, scallion, cilantro, and mazorca.

Ringlete is one of the restaurants where you can find decent sancocho. 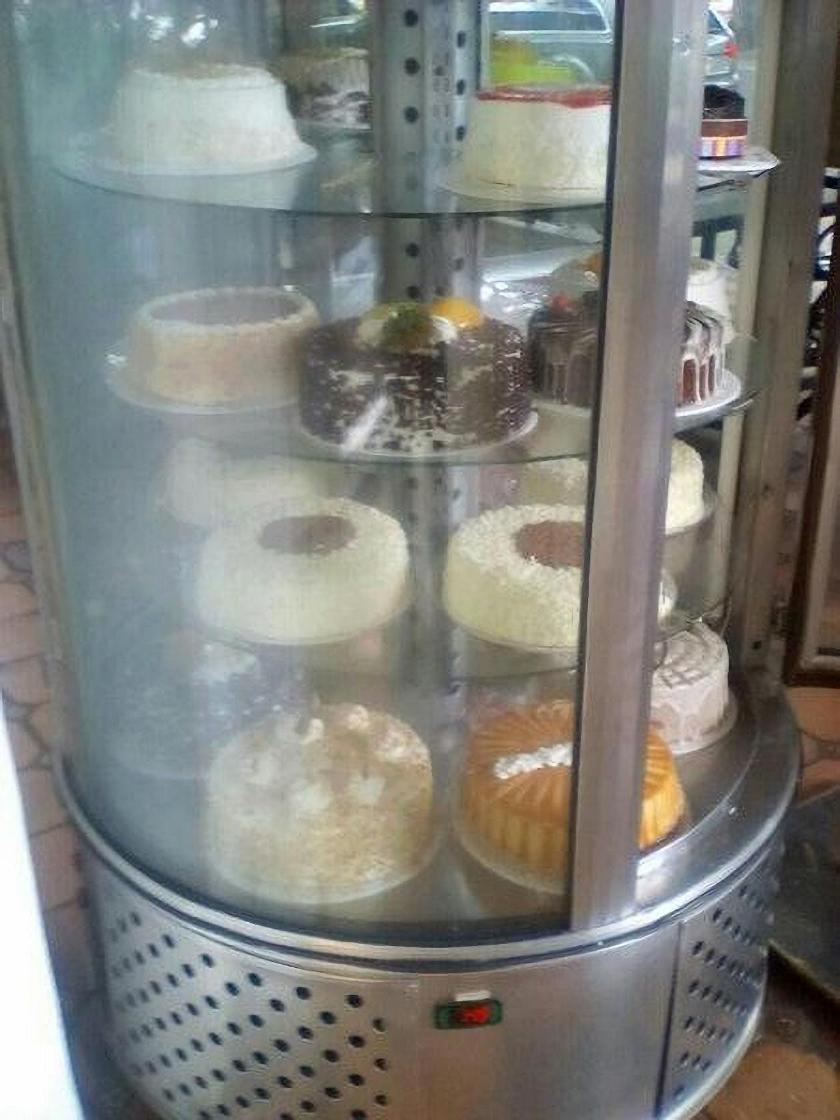 Arepas come from Venezuela. These are small corn tortillas, cooked from coriander flour, lightly fried and baked. They can be eaten with a delicious filling.

Now, if we want to find something lighter and quicker to consume than soups and meat combinations, we should turn our gaze to the things that sometimes become part of more complex dishes. Arepa is a type of food made of ground maize dough. Some say that it's pre-Columbian in origin. Not a day goes by in Cali without at least thousands of people consuming arepas made and served with various meats, chicken, avocado, cheese, and deviled ham spread. The most common use for an arepa is sandwich bread.

Check out restaurants similar to Panaderia Kuty to find the best arepas and dishes using them. 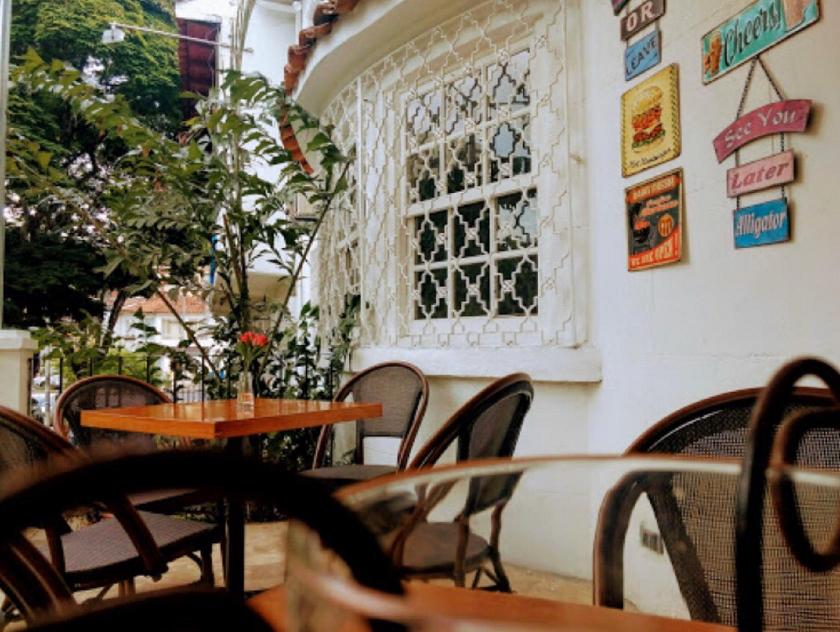 This native Filipino dish came from the Bicol Region. Laing is composed of shredded dried taro leaves, meat or seafood stewed in thick coconut milk. The dish is spiced with ginger, lemongrass and shallots and it is usually served with bread or white rice.

One would hardly expect something from the Philippines to be popular in a large Colombian city, but it is. Laing is a mixture of cubed pre-cooked pork, shrimp, or fish flakes. It is most commonly prepared with shrimp paste, crushed labuyo chilli, garlic, shallots, ginger, etc. Laing is wrapped with the leaf and tied with a coconut leaf midrib or twine to be served cold with drinks and heavier food. The most common use of laing is as a side dish to meat, often combined with rice. Sometimes, the taro leaves used in preparation are shredded. 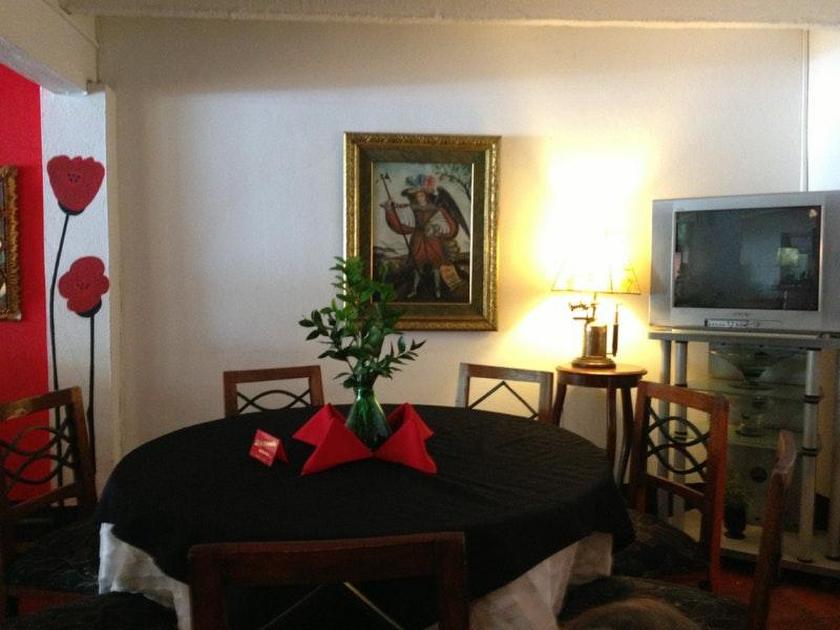 The dish was introduced by Swiss residents in Lima in the 1950s. The chicken was cooked in charcoal and marinated with salt and then it's served with french fries and fresh salads.

Chicken is an important part of the diet of an average Columbian. Chicken meat is cheap and universal in terms of processing and cooking, so there are lots of different options to try when it comes to restaurants and bars serving good chicken in Cali. Not surprisingly in the slightest, many chefs prefer to cook their chicken on a rotisserie, that is, in the direct heat where the chicken is placed next to the heat source. Rotisserie chicken can be served with almost any sauce, peppered with spices, and combined with drinks and aperitifs of your choice.

If you'd like something that is not too exotic and reasonable simple, try this kind of chicken at restaurants like Peru Chicken Sur. 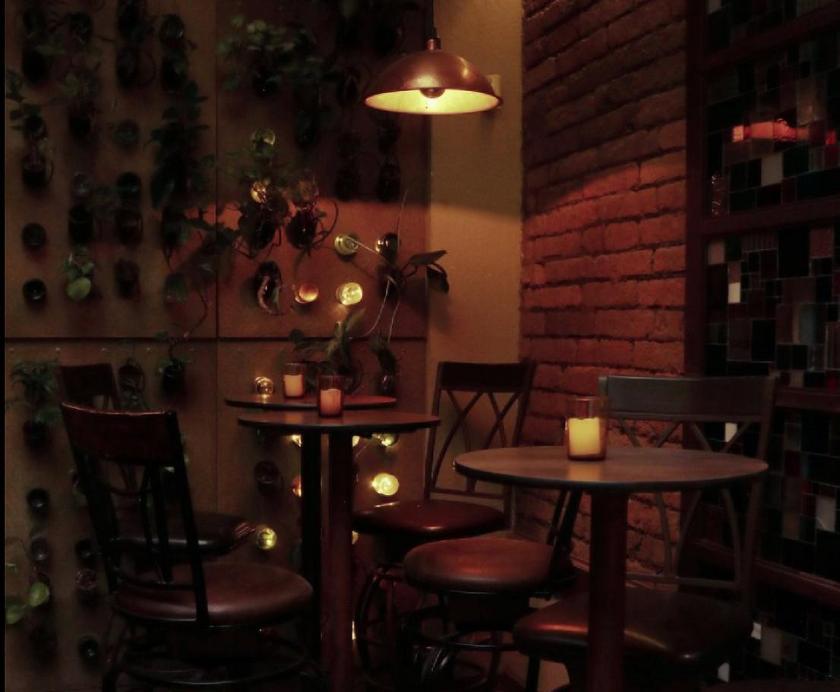 Chicharrón is a dish made from the fried pork skin. Sometimes made of chicken, lamb or beef. These are usually eaten with tostones, especially the chicken variant.

Let's get back to pork for a moment. Columbian cuisine displays a lot of inventiveness when it comes to this particular kind of meat. For example, the Spanish chicharrón is a combination of fried pork belly parts or combined fried pork rinds. Of course, modern versions of the dish can be made from chicken, mutton or beef, but the true and original recipe has always been about pork. The most classic feature would be the skin remaining on the ribs and other meatier cuts rather than just rinds. It's raw, monochrome in taste, yet nonetheless tasty. 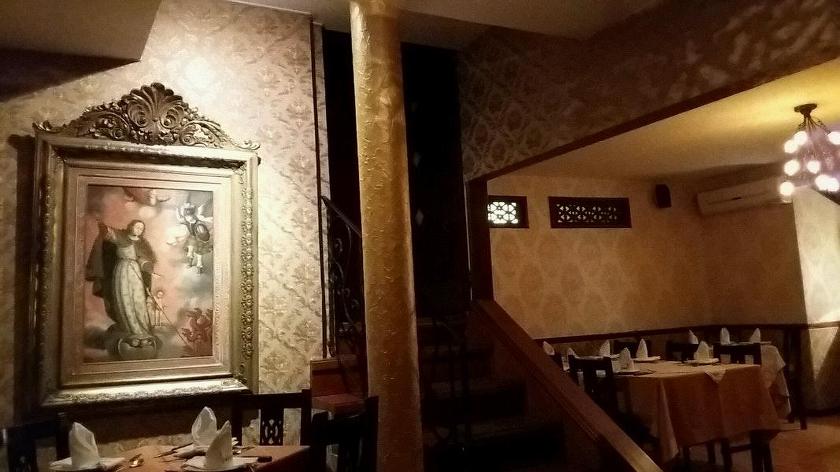 Asado is veal roasted on a skewer, grilled or charcoal. Usually, for this dish, either ribs, or a whole carcass, or a thin edge are taken. Cooking methods are also different, but the meat must be cooked over charcoal. At the same time, the meat is not pickled, a minimum of spices are used.

Some people say that barbeque is the same in every country. They couldn't be more wrong. Columbia, for example, has a special word for its grill and BBQ events - "asado". It refers to the technique of preparation, the tradition of having a barbecue, and the dish itself. Asado varies from chef to chef, from restaurant to restaurant, and from household to household. A good asado can combine beef, pork, chicken, chorizo, and morcilla which are cooked on a grill. The best way to accompany the asado meat is by red wine and salads.

Try Tizones if you want to experience asado, even though a family gathering would always beat eating out. 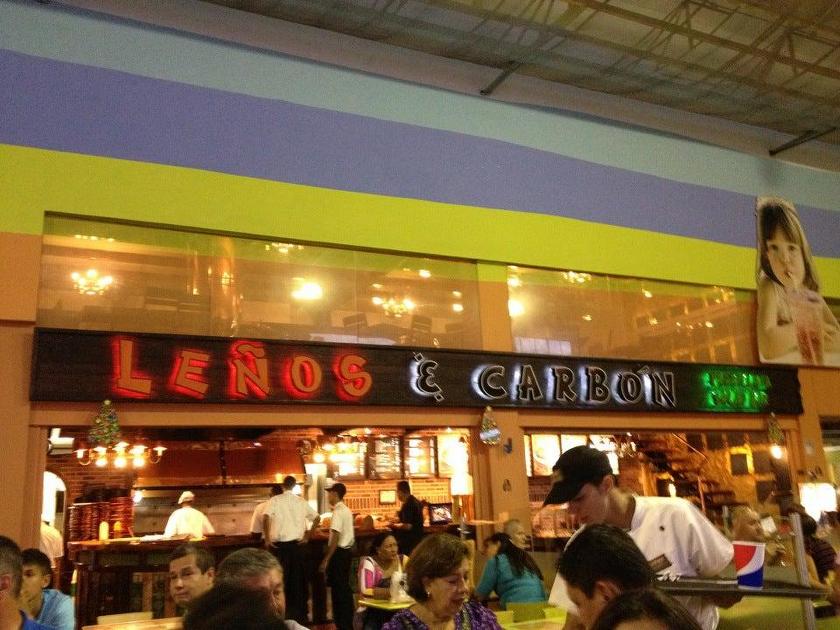 The rib-eye is one of the most well-known types of steaks around the globe. Ribeye steaks are taken from the upper rib cage area, particularly near the neck part, which is lightly worked and has excellent fat marbling running through the meat. When cooked the fat marbling melts and renders into the steak, which gives extra beefy flavor and a juicy, moist, and tender texture.

While we're still on the subject of meat, let's not forget to check out the local beef in Cali. Columbians are great at preparing meat, so their steakhouses are almost as exciting to explore as the cultural heritage of every street corner. Their ribeye steaks are, simply put, on another level. Perfecting the recipe originating from a different part of the world and adding local ingredients is what makes eating beef at a Cali restaurant worthwhile. Just make sure to leave enough space for everything because there are no small bites at a steakhouse.

Leños & Carbóna is one of the go-to restaurants for beef of all shapes and sizes, including ribeye.

9. The allmighty salsa for meat 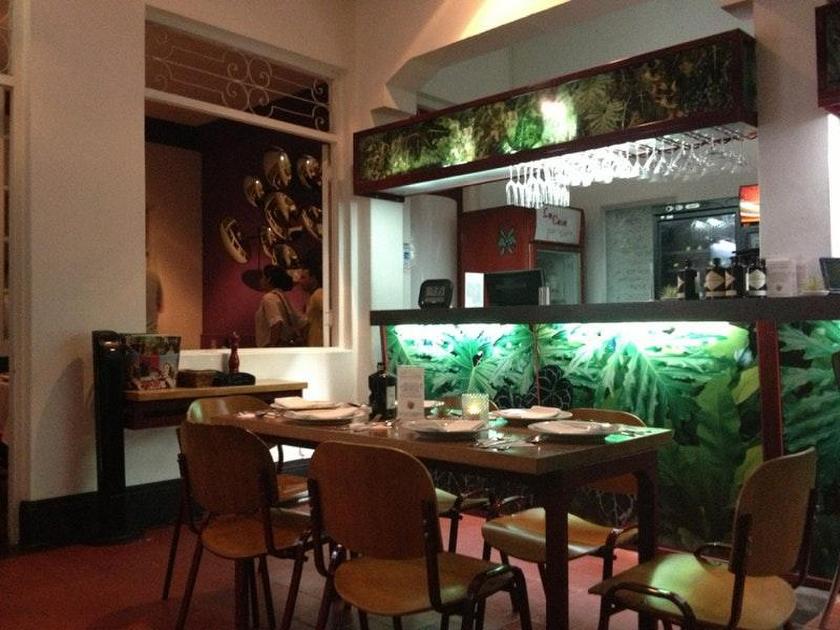 The classic salsa sauce differs in the way it is prepared on the basis of tomatoes. At the same time, depending on whether the tomatoes are heat-treated, they distinguish: "salsa fresca" (also known as pico de gallo - a raw sauce that is made from fresh tomatoes), and "salsa roja" (translated as "red sauce "), which we will prepare today is a classic recipe for salsa sauce, in which tomatoes are heat-treated in some way.

Since meats have been dominating this list so far, it would be criminal not to recommend different kinds of meat with the most interesting, and, arguably, most renowned, sauce in the world. There are many table sauce variations associated with the name "salsa" but Colombians are generally inclined to use the classic chunky tomato-and-chilli-based variations characteristic of the region. The influences of Mexico can be detected here. Luckily, over the last few decades, unsafe experiments with South American sauces have been done away with, and you can safely put salsa on your meat in Cali to enrich the flavor.

When looking for the best salsa, the choices are always hit or miss. Platillos Voladores is a good option. 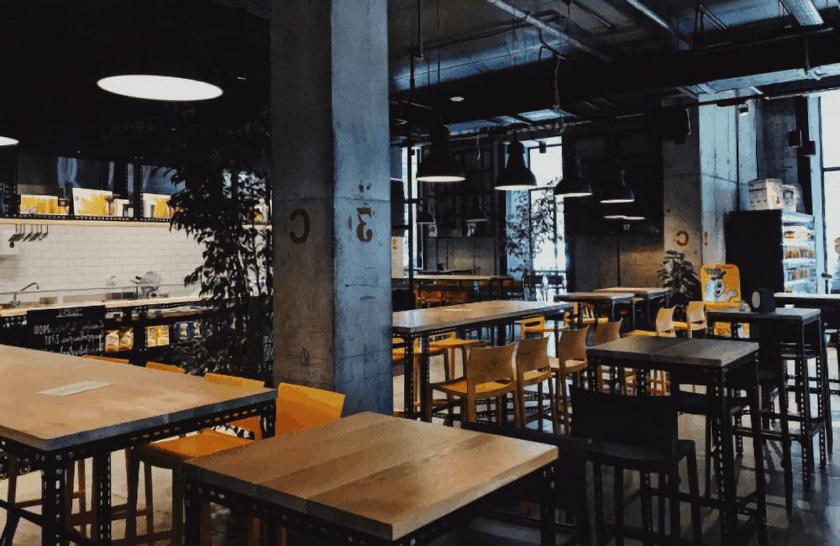 It's a traditional dish of Peruvian jungles cooked with rice, hard-boiled eggs, meat, olives and spices that are wrapped with macaw-flower leaves. This dish is traditionally cooked at the feast of St. John the Baptist. Juane is a reference to the head of St. John.

As with many dishes that became local after crossing the border, juane came from the jungle. Peruvian jungle, to be exact. The original recipe became known after the arrival of the Spanish people to Incan lands. In a bit of dark historical irony, the name "juane" is derived from the name of the biblical Saint John who became widely popular among the locals after lots of sermons from Christian missionaries. More specifically, the dish became a staple of June 24, the feast of John the Baptist in remembrance of his beheading. Juane is usually made from rice, meat, olives, hard-boiled egg, spices among others, which is wrapped with bijao leaves.

As you can see, Cali is a place where different things collide and create something unique. Have fun exploring this city and its food.

Comments on 10 foods to check out in Cali, Columbia

Add your comment on
10 foods to check out in Cali, Columbia
Previous
Next

Colombia: the land of unforgettable food
See all