10 Iconic German Dishes You Must Try in Berlin

Berlin is the capital of Germany, it's the largest city in the country and the most populous city in the European Union. The city's name is derived from a West Slavic word meaning ''river rake'' or ''swamp''. The first written record of Berlin dates back to the 13th century, it was founded at the crossing of important trading routes across the Spree river. Nowadays it's the largest political, economic and cultural centre. Being a city of freedom and diversity, Berlin sets trends to hi-tech development and science innovations and it's worldwide famous for its historic sightseeings like the Reichstag, the Berlin Wall, and the Brandenburg Gate. It's a must to explore this gorgeous city, visit a number of fascinating museums and enjoy its special cuisine. Berlin is well known for its hearty and delicious street food. Read the article and find out the best Berlin restaurants where you can degust traditional German dishes. 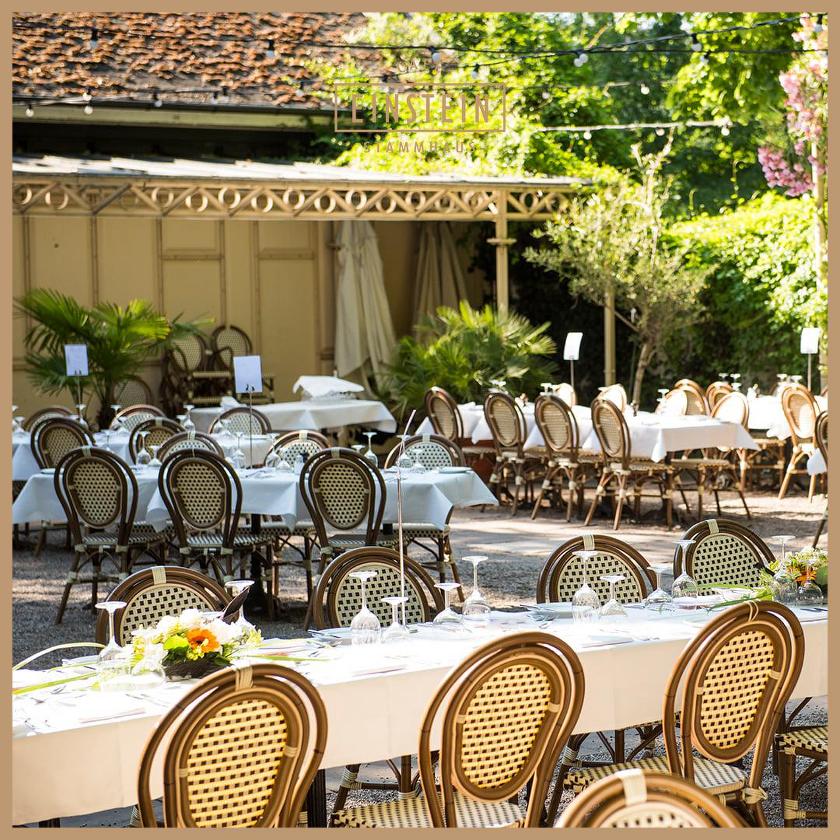 A roll of thin dough with apple filling - a national Austrian dish, which is so famous for a Viennese cafe. Therefore, the apple strudel is called the Viennese strudel.

You can't imagine Berlin without its apple strudel, or Apfelstrudel. This dish originated in Arabia, then there was a long way from Egypt to Austria and Germany. Apple strudel is a sweet dessert with spiced apples and raisins and it is traditionally served with a scoop of vanilla ice cream. The Einstein Stammhaus cafe offers its guests a mouthwatering Apfelstrudel. It's such a pleasure to have a nice dessert in this unique place. 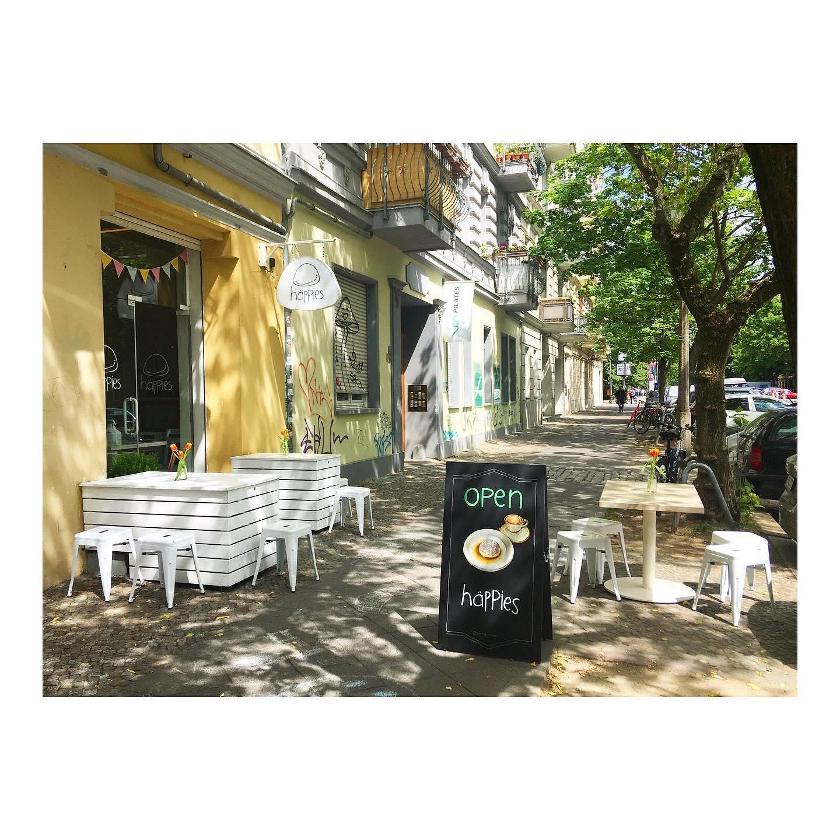 Berliner is a kind of donuts without a ring. Unlike the usual donut, the Berliner has a more delicate and soft dough in composition, which gives it a special, exceptional taste! You can try the filling with absolutely any jam: strawberry, apricot, blueberry, etc.

This is a special German treat, a doughnut without a central hole. According to the legend, this dish was called after the city's name  - a hometown of a patriotic baker who was turned down for military service and fried such doughnuts over an open fire. A Berliner looks like a cupcake with jam. It's made with sweet fried dough and jam or marmalade and topped with icing or powdered sugar. There are different names of this dish: Bismarcken (in honour of Otto von Bismarck), Pfannkuchen (pancakes), and Eierkuchen (egg cakes). One of the best Berliner ever is served at the Häppies cafe, you'll definitely like its cosy atmosphere and great service. 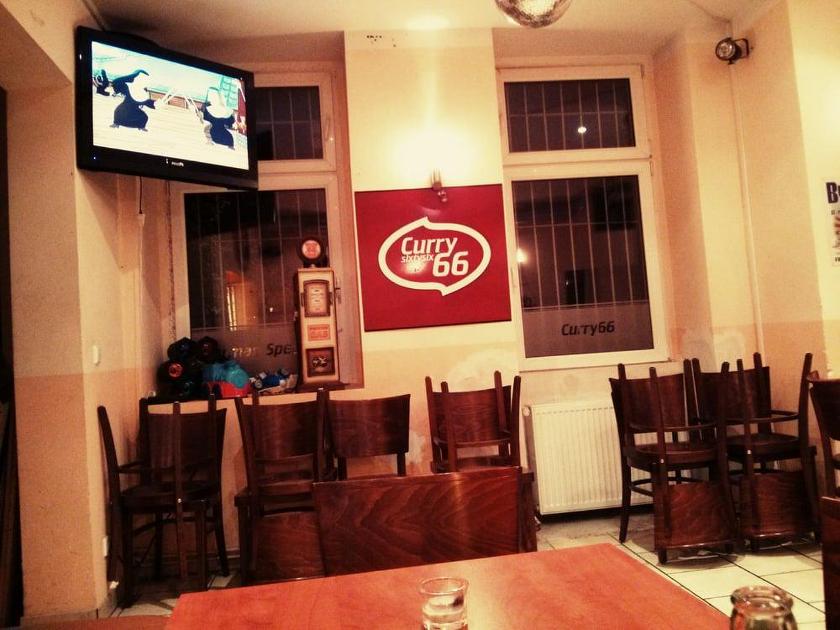 Currywurst is a fried sausage with a special sauce, based on ketchup (or tomato paste) and curry powder.

This dish is a staple of Berlin where it was invented in 1949. Herta Heuwer, an owner of a food kiosk, mixed ketchup and curry powder, which she acquired from British soldiers, and poured it over grilled sausage. The recipe for currywurst is very simple: thin bratwurst is steamed or boiled, then it is fried or grilled until it gets crispy. The sausage is sliced in bite-sized pieces, smoothed in ketchup, seasoned with spices, dusted with curry powder, and served with chips or Brötchen - freshly baked bread rolls. Try the most outstanding currywurst at the Curry 66 fast-food restaurant - it's a simple diner serving very tasty dishes. 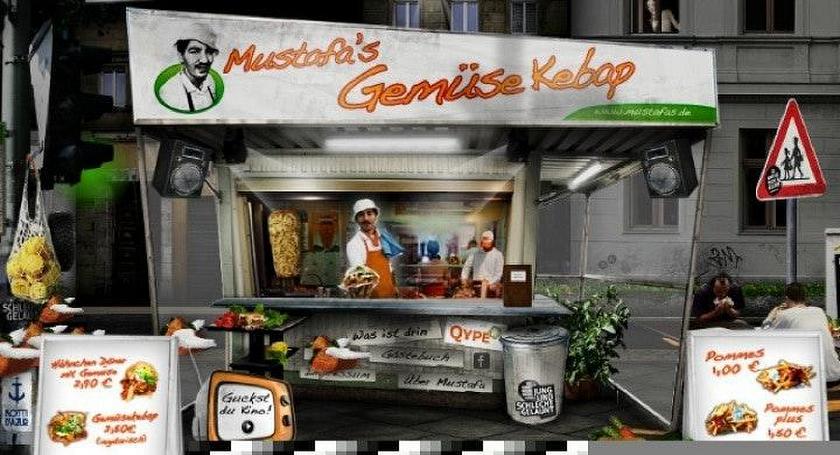 Doner kebab is a layer of tender boneless meat of chicken, lamb or beef, seasoned with spices. The dish is slowly fried on a rotating vertical metal rod near the hot coals.

Doner kebabs appeared in Berlin in 1972 when a Turkish guest worker began selling them at Berlin's Zoo Station. Originally, this dish was made only with meat, salad, and onions. Now it's a common treat of Berlin. This modern version contains a number of vegetables, abundant salad, and a wide range of sauces. The hot sauce is called 'sharf' in German, even Turkish people use this word when ordering doner kebabs. Mustafa's Gemüse Kebap is a legendary place providing visitors with the most perfect doner kebabs. Keep in mind that there are always queues. 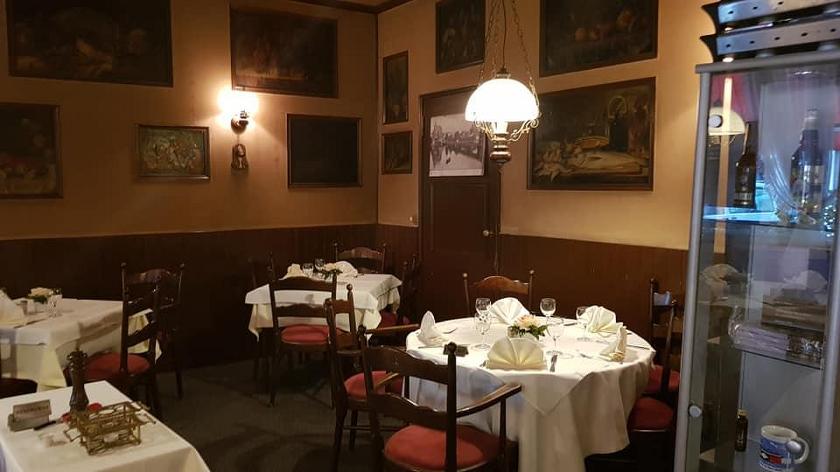 It's a very tasty dish that is popular in a number of countries, including Germany, Austria and Poland. Pickled pork hocks are cured or smoked and then simmered in broth.

Eisbein means "ice leg" which is widely known as a pork hock or pork knuckle. It's another common Berlin food you must try during your trip. Salt-cured ham hocks, vegetables, and herbs are simmered in broth for several hours. Eisbein is traditionally served with sauerkraut, mustard, and mashed peas or potatoes. Order this Berlin speciality at the Marjellchen Berlin restaurant.

Craft beer is synonymous with Berlin. Say "beer" and there's always a picture of people saying "Prost!" in German beer gardens. Earlier all sorts of beer were quite similar due to the 500-year guarantee of purity. However, the situation has changed nowadays and you can enjoy a number of different beers in modern breweries. It's a must to drink Berliner Weisse here. This wheat beer dates back to the 16th century and it was the most common alcoholic drink in the 19th century. This seasonal beer is very refreshing and it is often served with woodruff or raspberry syrups. 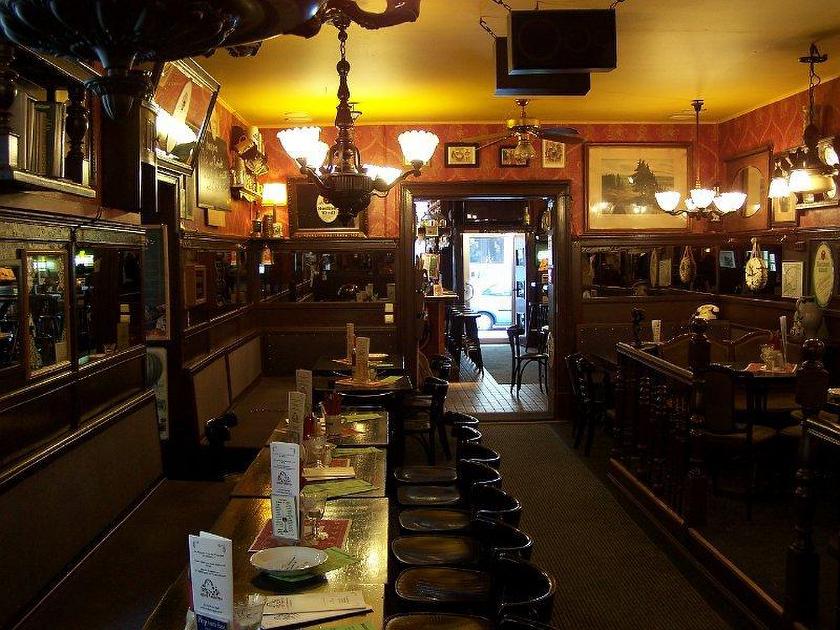 It's a kind of express-noodle: the dough is mixed very quickly, nothing is rolled out, it is not necessary to cut and dry it (the semi-liquid dough is "dumped" directly into hot water), and the dumplings are boiled for two minutes.

Spätzle, or Knöpfle, is a local favorite dish, it means "a little sparrow" in German. It's small noodles or dumplings cooked with fresh eggs and served with gravy. It is an ideal choice for vegetarians. You can also eat Spätzle as a side dish with meat. This dish traces back to the 18th century when it was regarded as festive food. Spätzle is heavily associated with the Swabian region and has been even awarded by the EU as a regional speciality. It is very popular in Berlin, as well. The Dicke Wirtin restaurant is a cosy place to spend a magnificent evening and enjoy delicious Spätzle. 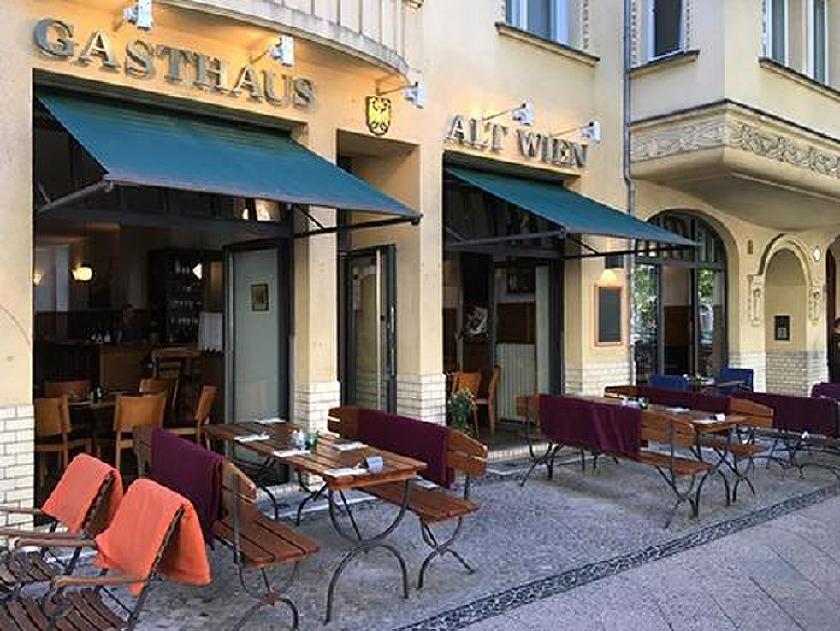 Schnitzel is a popular dish all over the world. Delicious schnitzel can be made from any kind of meat - delicate chicken fillet, wholesome pork, and beef.

It's another iconic Berlin dish. "Schnitz" means "to slice" in Old German, schnitzels are thin slices of veal, pork, or chicken that are coated with flour, eggs, breadcrumbs and then fried in butter. You can also find vegetarian options made with cheese or oysters. Degust huge schnitzels at the Gasthaus Alt Wien restaurant and enjoy its friendly atmosphere. 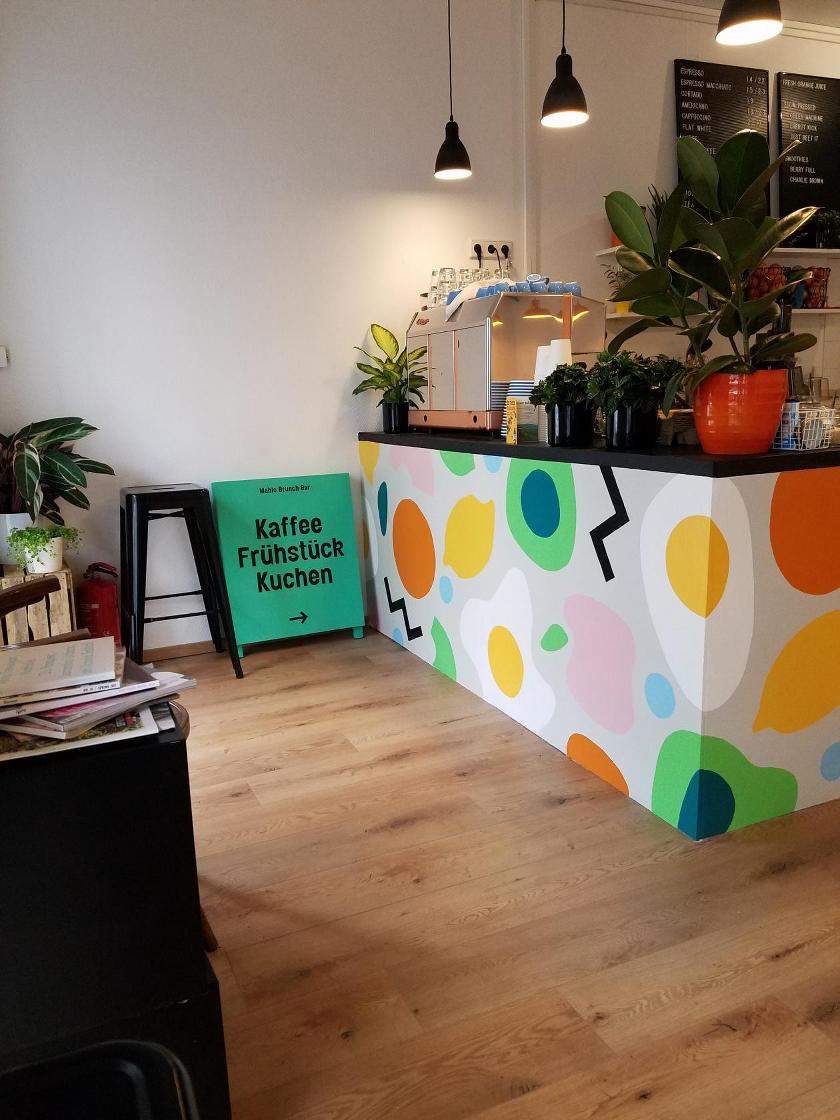 Brunch is a mix of breakfast and lunch that is usually served between 11 am and 2 pm. Berlin sets trends so don't get surprised that there are a number of go-to places offering a mouthwatering brunch for your ideal day. The Mahlo Brunch Bar is a nice restaurant to meet friends and have a tasty brunch and amazing desserts. 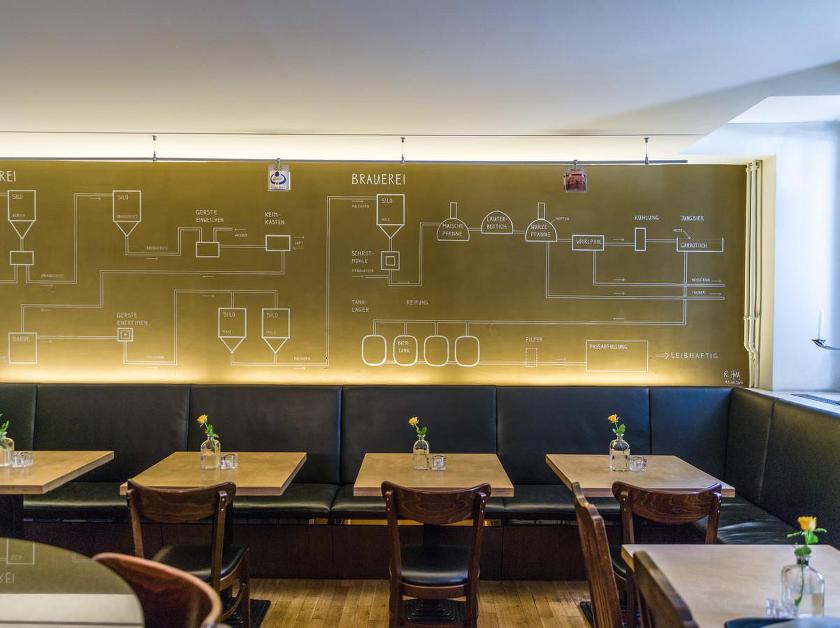 It's delicious and satisfying meat cutlets, where the main secret of their preparation is well-ground minced meat. The shape, size, products used and the method of heat treatment can be different. For example, they are prepared from different types of meat, all sorts of vegetables, cereals, with herbs, spices, etc. Some housewives cook them deep-fried, others fry in a pan, some stew, and some bake in the oven, on the grill or in coals.

This common Berlin dish was named after Königsberg - the former German city. It's very tender meatballs in creamy caper sauce. Königsberger Klopse is made with veal, pork or beef, onions, eggs, and white pepper. Meatballs are simmered in a broth and served with beetroot or boiled potatoes.

Have a nice trip to Berlin and enjoy its traditional dishes!

Comments on 10 Iconic German Dishes You Must Try in Berlin

10 German food favourites that you must try in Hamburg