5 best dishes to eat in Glasgow

by Max Foodie
Show on map

Scottish cuisine is all about the rich sea and unique climate suitable for agriculture. The nature of Scotland for centuries gave its locals such wonderful products as lamb, fish, and vegetables. It was also heavily influenced by the culinary traditions of the Celtic people and Northern and Western European cuisines, especially French and English. So, let’s dive into the Scotch culinary traditions and learn about 5 best dishes Restaurant Guru strongly recommends to try to learn more about the wonderful country of Highlander.

Pudding originated on the British Isles, where it still is one of the most common meals. Ingredients include pork fat or beef suet and a cereal, precisely oat groats or barley groats. Black pudding also contains pork or beef blood, whereas white pudding does not. Another ingredient, a herb called pennyroyal, distinguishes pudding from blood sausages served in other countries.

The best thing is to start your journey with a good hearty breakfast. Upon your arrival to Glasgow, you can dig into a Scottish breakfast just about anywhere - a pub, hotel, restaurant, or even at a friend's house. In Glasgow, people take breakfast very seriously. The full Scottish breakfast was back a long way in different parts of the UK. It’s always food that is grilled or fried. If you have time to taste this popular dish in the comfortable environment, we recommend going to Wee Guy located in downtown where everyday life is bustling.

The cafe itself is a relatively small place where you can get a great variety of meals and see many different people. The dish looks like a full plate of food. First, try Lauren’s sausage. It is a flat and square sausage which is fried. It doesn't have the traditional skin. It’s probably one of the most unusual items on the plate. Next item that attracts attention is the black pudding. It’s basically a blood sausage that is mixed with oat meal and usually has a kind of skin around the outside and it’s chopped into a circle and fried. Have the meal and you’ll be ready for the rest of the day.

Bangers and mash is basically sausages served with mashed potatoes and optionally with onion gravy, fried onions, and peas. The sausages can be made of pork, lamb, or beef.

Delicious sausages, accompanied with mashed potatoes and onion sauce. This traditional dish is popular all over the United Kingdom, and some of the tastiest versions are found right here in Glasgow in Curlers Rest. The restaurant is around 400 years old. It's the oldest pub in Glasgow. It’s located in the heart of the West End neighborhood. This pub is a hit among students and residents of Glasgow with its festive atmosphere. By 5 o’clock the place is packed and the party begins.

It’s a perfect place for ice cold beer and some traditional Scottish food like bangers & mash. People simply love this dish and make all the time. This dish has two names: “sausage and mash” and sometimes Scots call it “bangers and mash” because during the war when it was put too much water in it, the sausage had the potential to explode and it banged. This where the name came from. The bangers are really delicious pork sausages. Today, the restaurants use artisan sausages. They’ve got black pepper and ham, onions, and leeks. All in all, the artisan sausages are just gorgeous. The whole dish includes also good mash and rich gravy. The gravy should be rich and glossy which is impossible to make at home to the real treat at a restaurant.

Cullen skink is prepared with smoked haddock, onions, and potatoes. Try some at the Bothy restaurant which is nestled inside a network of tiny hidden streets in the trendy West End district. The Bothy is a great place to try Cullen skink. Surroundings feel like a traditional Scottish pub. You’re guaranteed really warm welcome. The Buyers road is filled with shops and vintage record store, a trendy clothing boutique, and here you’ll find the Bothy.

Cullen skink originates from a small Scottish fishing town called Cullen which is on the northeast coast of Scotland, and the word "skink" refers to traditional wear for soup. Traditionally the soup was eaten in coastal villages. Where people fish every day and then cook the freshest fish to eat this awesome soup. There are a lot of fish soups in Scotland, but many believe that it’s the best one. It’s served in a beautiful way with a garnish of chives and big chunks of potato. It smells and looks just amazing. You can really taste the cream and the haddock. The onions are a little crunchy and the potato is beautifully cooked and soft. They have a great texture. You can come here every day and have the taste of home.

Duck is a flavorful bird that is considered a healthy food. It can be cooked whole or in separate pieces. Duck can be made into a soup, a casserole with pasta, pancakes, curry, and many other dishes.

This is a plate that truly showcases the best that Scotland has to offer: deer salami, tasty cheeses, and duck. Every foodie should try the appetizer plate at the Kelvingrove Café and the absolutely great selection of whiskeys. This is more of a bar that does bar food. Kelvingrove Cafe has a relaxed environment, nice wood paneling, knowledgeable staff, and good craft beers.

This why the best appetizer plate is served here. The pieces of meat and cheese are quite thick and taste aromatic and there are a few more items that can become total new food experience for you. Try the hard porridge. In the old days, the guys who worked in the land ate it in the course of a day. On the plate, you will also find the quince jelly. Quince is a fruit that they make into this slightly sticky jelly which goes amazingly with the cheeses. Enjoy a whiskey, a cold beer, and a plate of the cold cuts and cheese with friends.

There are several different versions of how Scotch eggs were invented. Most sources state that it was first cooked by the Fortnum and Masons store in London. He was the supplier of products to the royal table, and the archives date back to the 1730s. Scotch eggs, prepared according to the traditional recipe have a golden and crispy shell, and their taste is out of this world.

The Drake is a typical Scottish pub. On the edge of the West End district, this rather festive restaurant is ideal for a night out with friends for a delicious meal. Go there to try the haggis scotch egg. The place is packed with young students at night and workers who gather at lunch time during the week. It’s a nice way to discover Glasgow. Nothing can be more Scottish than a scotch egg. You’ll love the smell coming from the dish. In the middle of it, you’ll find a runny egg that is not hard-boiled. Speaking about the layers, you’ve got the egg, with the haggis with the bread crumbs. A Scotch egg is universal because you can eat it cold.

At the restaurant, they made it like a gourmet dining experience. They serve it warm with a side salad and with sauce as well. There you will find people who pour whiskey over the haggis to get the partner flavor which goes really well with the rich meat and the spiciness of the haggis. You can’t get bored eating this dish. The combination of flavors and textures is beyond the everyday food. This is a proper gourmet dish. If you come to Glasgow make sure you try the best scotch egg before you leave. 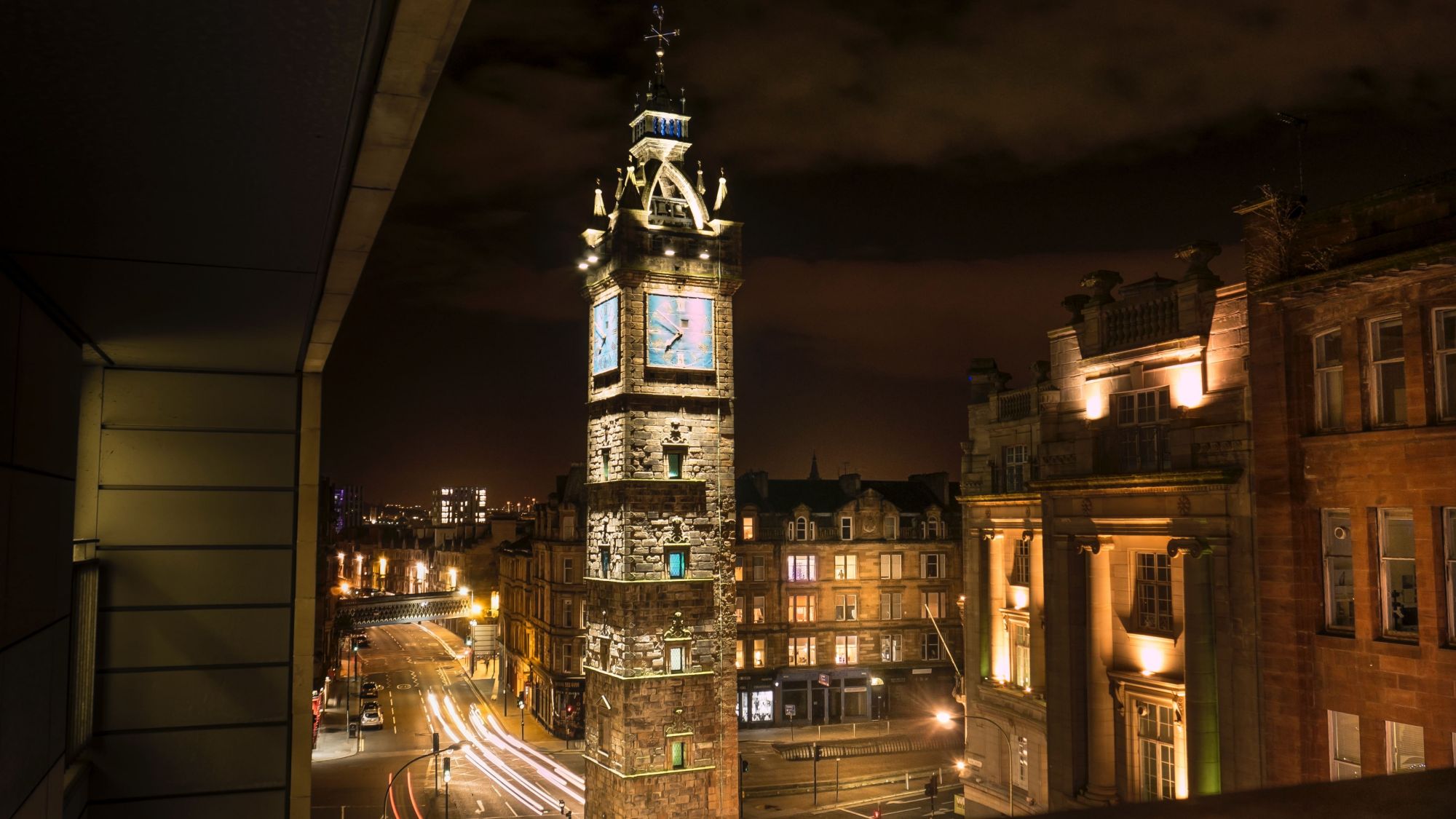 10 best things to eat when relaxing in Liverpool, UK
See all

Restaurants with desserts
767 restaurants
See all