New York City – the living, breathing, roaring, humming and whispering giant that towers above Hudson Bay and all the Americas. The city is alive: the subway still echoes with Ginsberg's poetry and Fitzgerald’s prose, Sinatra’s voice still bounces off the Empire state and the feet of the locals still follow that old jazzy rhythm. The city is constantly in a hurry and always in demand for something new. What cuisine do you prefer? Danish, Hungarian, Taiwanese, Australian? NYC has it all! You just need to know where to look. What’s more intriguing is the variety of local flavors, those dishes that of all the places in the World could only originate here. Let’s ride that subway train in search for the hidden culinary gems to eat out like a real Yankee.

Who let the dogs out?

What could be more American, than a hot dog? It’s a perfect fulfilling snack whether you’re on the go, or during the Big Game, or simply have a knack for street food. An average American eats about 60 hot dogs a year, but in NYC that number can be multiplied tenfold. The wieners are sold virtually everywhere, but the sizes and the number of ingredients can vary drastically! Street vendors can offer you a classic variant – a frankfurter-style sausage with mustard in a soft bun – but to try THE definitive hot dog you’ll have to take a trip to Coney Island. It all started here more than 100 years ago, when a German-born vendor Charles Feltman came up with an idea of a sausage in a bun. The place, called Nathan's Famous has been in operation ever since. Be prepared to stand in a line for at least half an hour, as the place is crowded permanently. Oh, and the cheese fries there are outstanding!

There are myriads of hot dog styles to choose from, from the traditional, as served at Gray’s Papaya or Katz’s, to more unconventional ones - like the Mexican or Russian-style weiners. If you want to get really fancy – you should definitely try the bacon-wrapped truffle hot dog at NoMad Bar! This is a 9-inch masterpiece by the chef Daniel Humm, that’s going to rock your world, guaranteed! Everything, from the brioche bun to the truffle mayo and pickled mustard seeds is designed to turn your mouth into a combat zone. No wonder the dish looks like an 18th century frigate. Flavors come and go, mix and match, leaving you full to the brim but desperately craving for more!

The year is 1897. Gennaro Lombardi – a poor Neapolitan immigrant – opens up a small grocery store the Little Italy. Struggling to earn his keep he starts selling tomato pies to workers from the local factories. Suddenly, the simple snack becomes a huge success, so much so, that in 1905 that little store turns into the first pizzeria in New York City.From now on pizza becomes as symbolic of the city, as the smog or the yellow taxi cabs. The traditional NY pizza still very much resembles that old Neapolitan recipe – the thin crust, loads of marinara sauce and oregano and a pile of mozzarella cheese. To have a slice or two of the most authentic pizza margherita in NYC – direct your feet to the Spring Street, in Manhattan. You’ll see for yourself that Lombardi's pizzeria is still standing and still offers a great variety of pizza seven days a week. The prices are quite steep though, but you’re paying for a piece of history and that should mean something.

There are lots of pizza houses, that offer delivery or serve indoors 24/7. As with everything in this world the best way to find the perfect slice is through trial and error. A great pepperoni pizza, for example is served at a little place called Prince Street Pizza, on, you guessed it – Prince Street! This is a family owned pizzeria that can boast of several unique recipes, but pepperoni there is… like a kiss of an angel – for the lack of a better expression. Crunchy, but deliciously soft in the middle, and the smell brings you to heaven right form doors. The staff is nice and the food there is pretty good for a buck, so make a mark on the map to visit the spot next time you’ll find yourself in Nolita.

Legend has it that Jewish immigrants brought bagels to NYC in late 1800’s and since then starting a day with a cup o’ joe, a bagel and a fresh issue of the Times has been a tradition. Not so much for the paper these days, but the coffee, and especially the bagel is still a must for a New Yorker. Bagels come in many shapes and forms. Traditionally made from ring-shaped fried yeast dough, they are sliced in half to add the filling.

Chocolate chips and sesame are quite common for a sweet bagel, but that way it almost tastes like a chocolate donut. Savory variants are a whole different story, as they make up a more fulfilling breakfast. While there are many places that serve bagels in the metropolitan area, the best place to have a smoked salmon and cream cheese one is at Russ & Daughters. The lox there is always fresh and delicious beyond belief. The spot is a mecca for bagel lovers, so be patient, as the dish is really worth the wait. And if you’re really hungry – try the Scottish smoked salmon there! It is definitely one of the tastiest on the East Coast.

Speaking of the seafood – any culinary field trip to New York would go in vain without trying the famous Manhattan chowder apart from, say, the New England chowder, this variation is made with tomato-based broth instead of milk or cream. The rest of the ingredients - onions, diced potatoes, celery and clams – are the same, but may come in different proportions. The soup is considered to be a piece of the local pride, invented by the Portuguese immigrants on Rhode Island. Here’s a small hint – ask the waiter whether the shellfish put in the chowder are fresh or frozen. The soup with frozen clams is generally much cheaper. The taste, however, may differ.

Restaurants by the beach – such as Belle Harbor – usually serve the best chowder in the city, with shellfish fresh off the boat. Be prepared to pay a significant sum, though.

Ok, now is the time for desserts. The name New York cheesecake just rolls off the tongue, as it definitely should. It’s the simplicity - Philadelphia cheese, flour, sugar, sour cream, lemon juice, butter and crumbled cookies – and it’s resilience to freezing that made this cheesecake style a worldwide phenomenon. However, searching for the best New York cheesecake in the city appears to be an uneasy task. Prices vary dramatically from $4 to $100 for a slice, and so may the texture and the general flavor. A nice modest variant is served at Two Little Red Hens on the 2nd Avenue – light and fluffy, but very pleasing. It’s a good place to go with the family on a Sunday afternoon. If you want something more substantial though – you should try the NY cheesecake at Hudson Clearwater.

The rich, thick, strong vanilla-flavored cheesecake with a variety of toppings can serve as the main dish in itself. The staff is the kindest people on earth and the atmosphere is very relaxing. A good place for a date.

The list of New York’s culinary gems can go on forever. We haven’t even dipped the toes into the molecular and fusion cuisines, or the constellation of soul food restaurants, that are so popular in New York, but this little guide should do for now. Remember – nobody knows the NY cuisine better than the locals, so don’t be afraid to ask. You won’t know, until you go!

Comments on Best New York food on the go

Add your comment on
Best New York food on the go

Read other interesting articles about USA 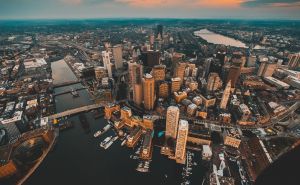 5 best dishes to discover in Boston 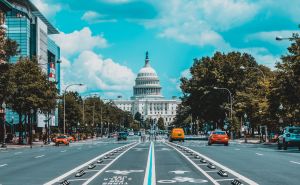 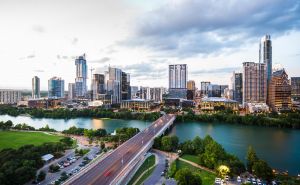 Good places to eat in Houston 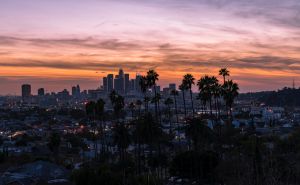