Eat like a local in Toronto: 10 national Canadian dishes

Toronto is the capital of the Province of Ontario, it's the most populous city in Canada and the fourth most populous location in North America. The name of the city means a "fishing weir" or "meeting place" in the Huron language. Toronto sits on the northwestern shore of Lake Ontario which is part of the border between the USA and Canada. Originally, it was an important gate to the northwest. Huron, Iroquois, and Ojibwe tribes inhabited this area for a long time, then French explorers founded the trading port Teiaiagon in the 1600s. The village became a part of the British colony in 1763, it became the capital of Upper Canada and it was called York by British colonial officers. The City of Toronto appeared in 1834.

This city has been an important destination for immigrants since the Second World War. Nowadays, Toronto is one of the most multicultural cities and leading financial and industrial centres all over the world. It's a home for citizens representing more than 200 ethnic groups. Toronto boasts the fastest growing population in North America. No wonder that every culture added its own flavour to the local cuisine and the culinary scene is so diverse here. You can try a number of worldwide cuisines in various ethnic neighbourhoods. There are over 8,000 restaurants! Check out the guide below and find out the best restaurant to degust traditional Canadian dishes in Toronto. 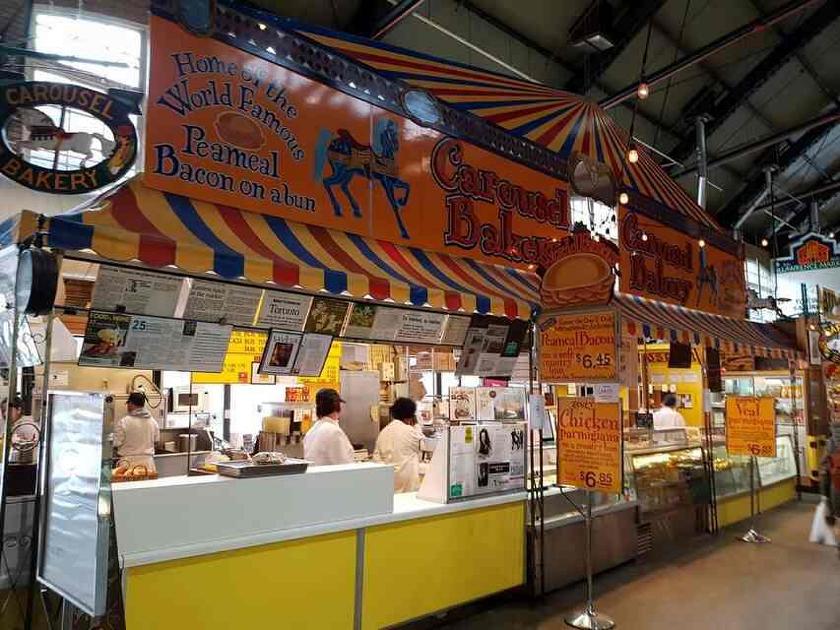 This dish is a local speciality. Peameal, or cornmeal, bacon is a type of unsmoked back pork loin made from the lean boneless back of the hog. It gets trimmed from fat, wet-cured, and rolled in yellow cornmeal. Originally, a crust of ground dried peas was used to preserve the life of bacon.

Toronto was well known as a Hogtown in the 20th century because of a number of pork production companies. In the 1960s, William Davies, a ham curer, and Elso Biancolin, a baker, began selling peameal bacon on buns at St. Lawrence Market. In 2016, peameal bacon sandwiches became a signature dish of Toronto. The Carousel Bakery restaurant is the very place where this dish was introduced. Try authentic Toronto sandwiches here. 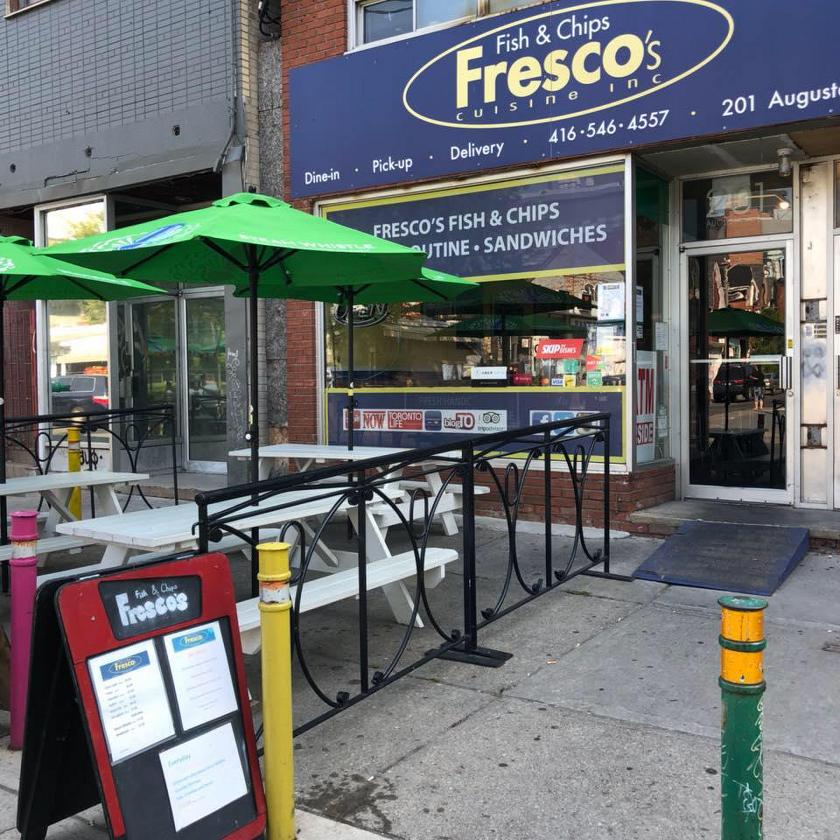 It consists of French fries and cheese curds with light brown gravy on the top. This is a fast-food dish usually offered in small diners, pubs, roadside chip wagons and hockey arenas. It originated in rural Quebec in late 1950s.

It's another symbol of Quebec and a traditional dish of Toronto nowadays. However, the dish, which was established in the late 1950s, was underestimated and mocked at first. It was served at small pubs and diners. Everything changed in 2001 when restaurants started offering foie gras and lobster poutine. Traditional poutine consists of French fries and cheese curds and is topped with brown gravy. You can try outstanding poutine at the Fresco's Fish & Chips restaurant.

This fusion of our two favourite dishes is Canadian national food from Toronto. Sushi pizza was introduced by Kaoru Ohsada, a Japanese chef from the Nami restaurant in 1993. A fried rice patty is topped with sliced avocados, salmon, crab and tuna and drizzled with mayonnaise and wasabi. Roe and pickled ginger can be sometimes added too. 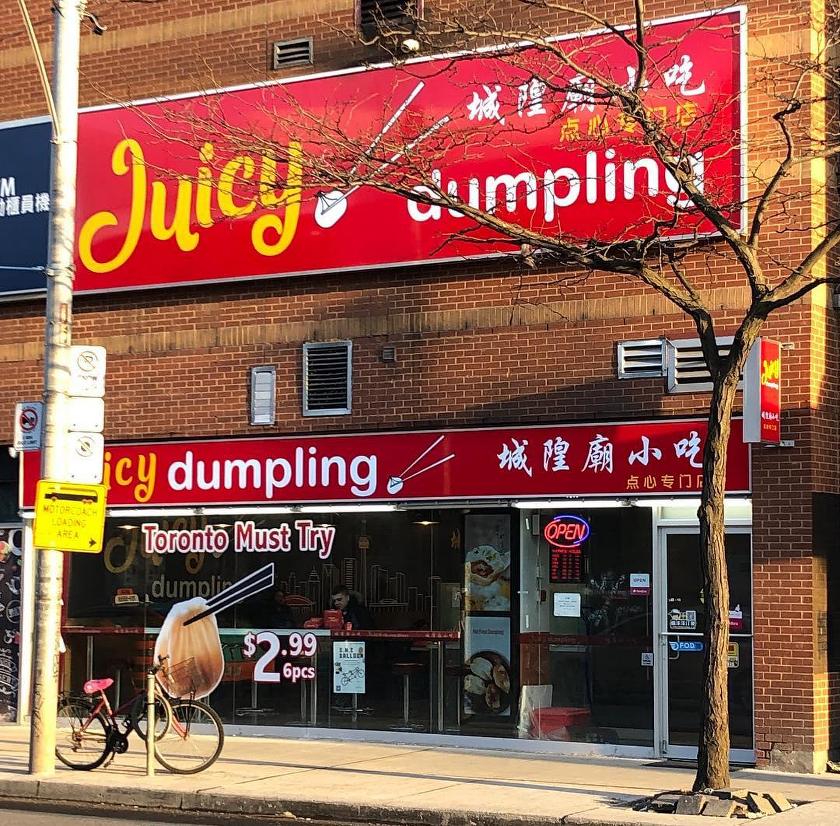 These dumplings came from Shanghai. Jelly cubes of rich broth and tender pork are wrapped in some dough and then steamed in bamboo baskets.

This dish has several names, among them soupy buns, tang bao, and xiaolongbao. Soup dumplings are traditionally associated with Shanghai cuisine, and they are very popular in Chinatown, Toronto. They are steamed dumplings stuffed with seasoned pork and flavourful soup. Dip soup dumplings into a sauce of black vinegar with fresh ginger.

Come to Juicy Dumpling, this restaurant boasts a number of recipes to cook outstanding dumplings. 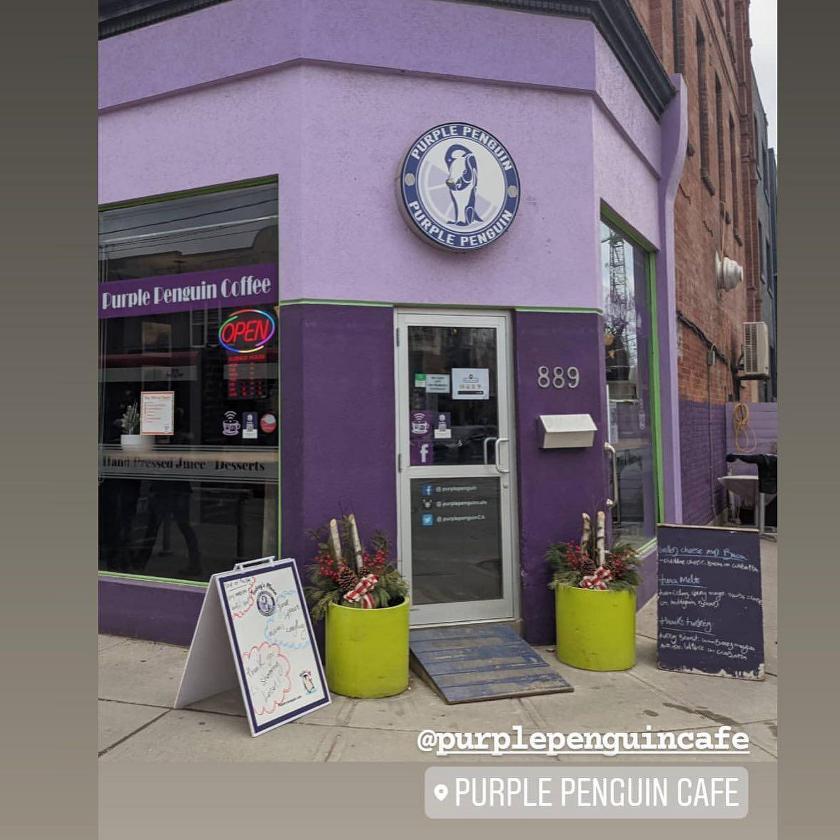 Bagels are chewy and crusty whole-grain or rye bread products shaped into the form of a ring. They are traditionally topped with seeds.

Bagels are ring-shaped buns that are made from yeasted wheat dough, boiled and then baked. Of course, you know about sweet Montreal-style bagels. Bagels from Toronto are different, they resemble the ones from New York as they are much less sweet and they are coated with poppy seeds and cooked in standard ovens.

It's a must to visit the Purple Penguin Cafe and have delicious bagels for breakfast. 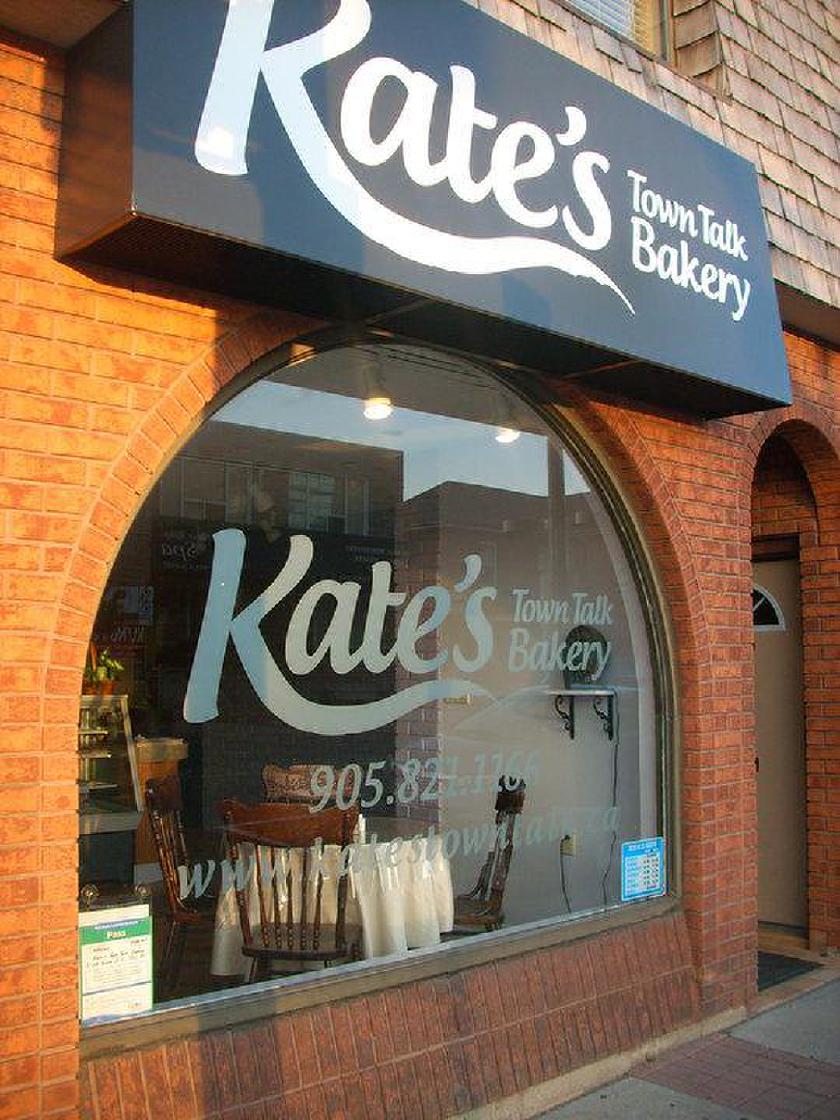 This dessert is considered one of the quintessential Canadian ones. The tarts are eaten in English-speaking provinces of the country. The first recipe is dated 1900. It was an integral part of the early Canadian cuisine and a source of pride.

It's a quintessentially Canadian dish with a rich history. 800 French women were sent to Quebec in the 17th century, they introduced French sugar pie in Canada and adapted it with local ingredients. Butter tarts look like pecan pies, but there's no corn starch. This dessert is a small pastry tart with semi-solid syrup consisting of sugar, eggs and butter. Pecans, walnuts and raisins can be added as well. 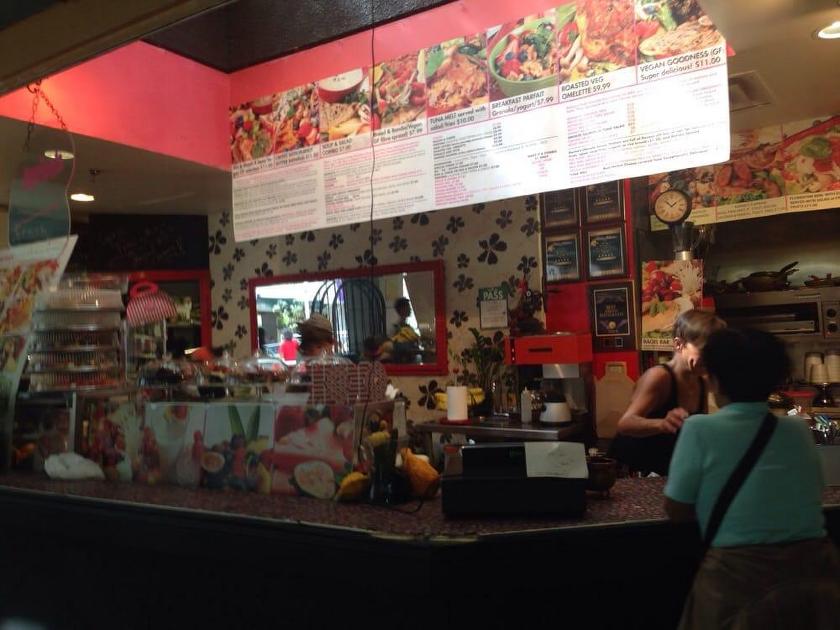 Pancakes are thick fritters. In addition to syrup, pancakes are served with bananas or ice cream. People prefer eating them for breakfast. You can try pancakes in almost any snack bar worldwide, they are very popular.

Do you know people who don't like pancakes? It's a very delicious Canadian breakfast staple. You can try different versions of pancakes, including hotcakes, flapjacks, and griddlecakes. Canadian pancakes are much thicker and smaller than European ones. As a rule, they are drizzled with maple syrup and topped with butter and berries.

Fascinating pancakes are served at the Karine's cafe. 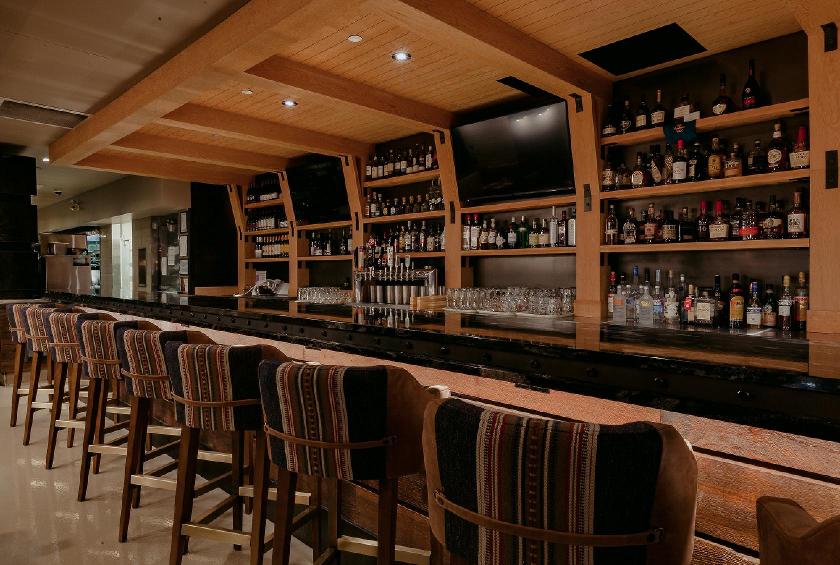 This is a meat pie that is a part of Christmas and New Year meals in Quebec (where it originated) and is sold all year long in Canada. It is made with minced pork, veal or beef and even fish in coastal areas of Canada. It is also a traditional French-Canadian dish.

It's a common dish of French-Canadian origin. Tourtière is a meat pie made with chopped or ground pork or beef, onions, potatoes, herbs, and spices. The name of the dish is derived from "a tourtière", a shallow plate used for serving this pie. Tourtière is usually cooked on Christmas Eve and New Year Day.

9. A number of macaron flavours 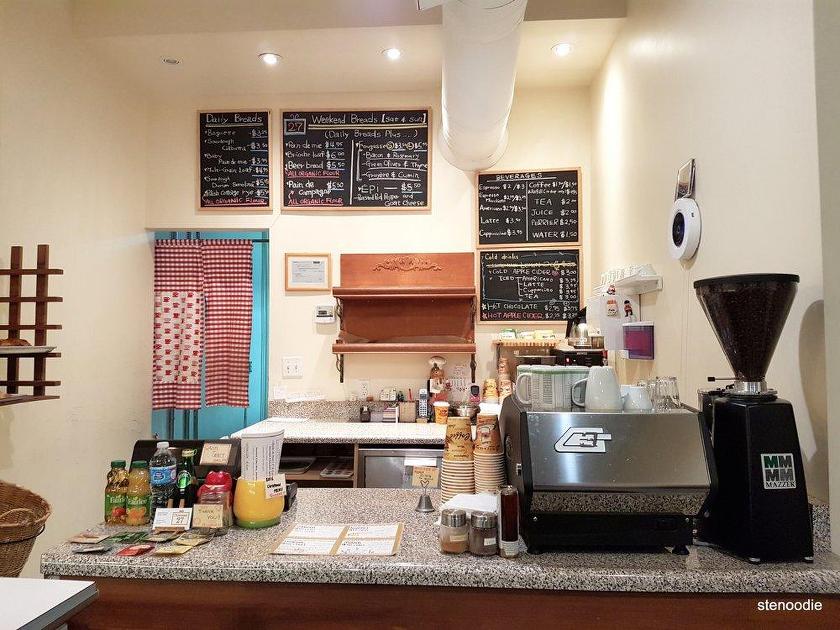 They are meringue-based cookie sandwiches. Macarons are made with almond flour and food colouring and filled with jam or buttercream. There are two ways how to cook meringue - French and Italian methods.

It's a French meringue-based dessert cooked with egg whites, almond flour, icing and granulated sugar, and food colouring. Macarons have been known in Italy since the 8th century, they were introduced in France in the 16th century. Now, this treat is very popular in Canada, as well. Two almond cookies are stuffed with jam, ganache, or buttercream.

One of the best macarons are offered at the Patisserie 27 cafe. 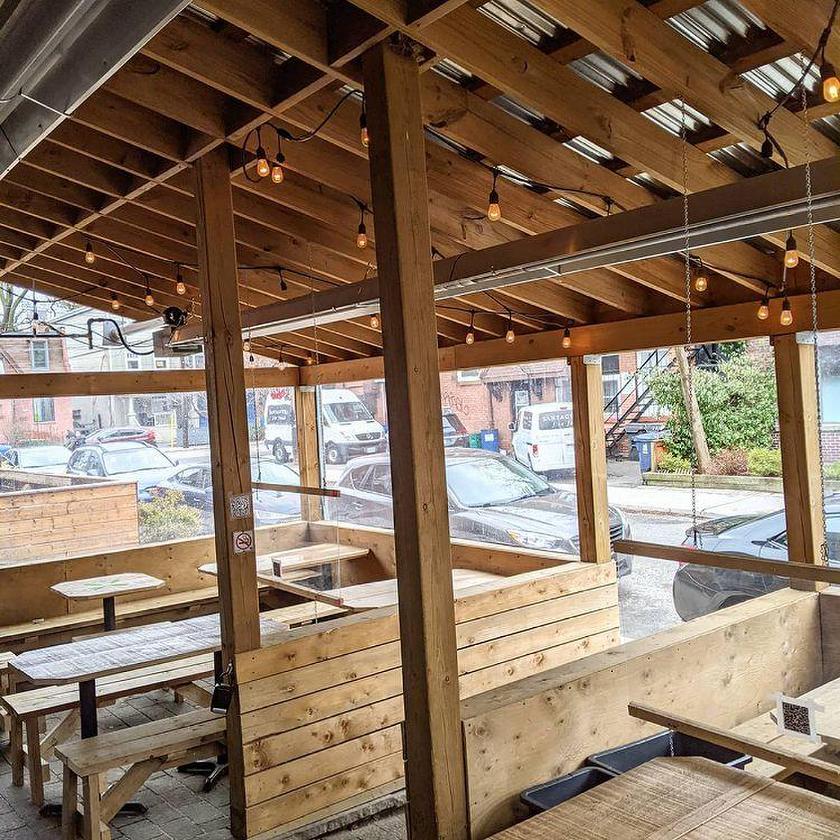 Churros is sweet roasted pastry from a custard dough, which has a cross-sectional shape of a multi-pointed star or simply round in cross section. The homeland of churros is Spain, where churros are traditionally served for breakfast. There are churros with filling and chocolate glaze. Spaniards dip churros in a cup of hot chocolate or serve it with coffee and milk.

This Spanish dish is also very common in Canada. It's fried dough that comes sprinkled with cinnamon sugar and baking powder and dipped in hot chocolate or champurrado. Churros are fluffy pastries with crispy edges. They are frequently sold both at street stands and at restaurants.

For instance, you can order magic gluten-free churros at El Pocho.

Have a nice time in Toronto, enjoy Canada and its iconic dishes!

Comments on Eat like a local in Toronto: 10 national Canadian dishes

10 typical Quebec dishes to try in Montreal, Canada
See all

Restaurants with desserts
3 711 restaurants
See all