In a country of bright colors and passionate dancing like Brazil, the city of Curitiba is one of the brightest and most noticeable places. The capital of the Brazilian state of Paraná, it is a big city with a history of the agricultural expansion of the economy and multiple waves of immigration. All of this naturally results in a rich history of the food scene. Consequently, there's a lot to explore in terms of food, both local and imported from cultures all around the world.

Farofa is a salty culinary dish that accompanies Brazilian cuisine, the main ingredient of which is cassava flour or corn flour, usually skipped with fat, to which you can add many other ingredients, such as corn, fried bacon, fried sausage, eggs, parsley, onions, banana, cabbage and others.

Let's start the list with something simple and elegant. Farofa is basically a cornflour mixture easily prepared in any household. It has become such a national dish in Brazil that it can be found in stores. But the real farofa is prepared with care, adding an individual touch to it. A good chef always remembers that the simplistic recipe of farofa requires company, so smoked meat and spices are usually added. The other trick is to watch the consistency and softness of the resulting mixture. Both the main course or a side dish, farofa is quite universal in terms of consumption.

Badida is a classy place where farofa is quite different from its regular store variations. 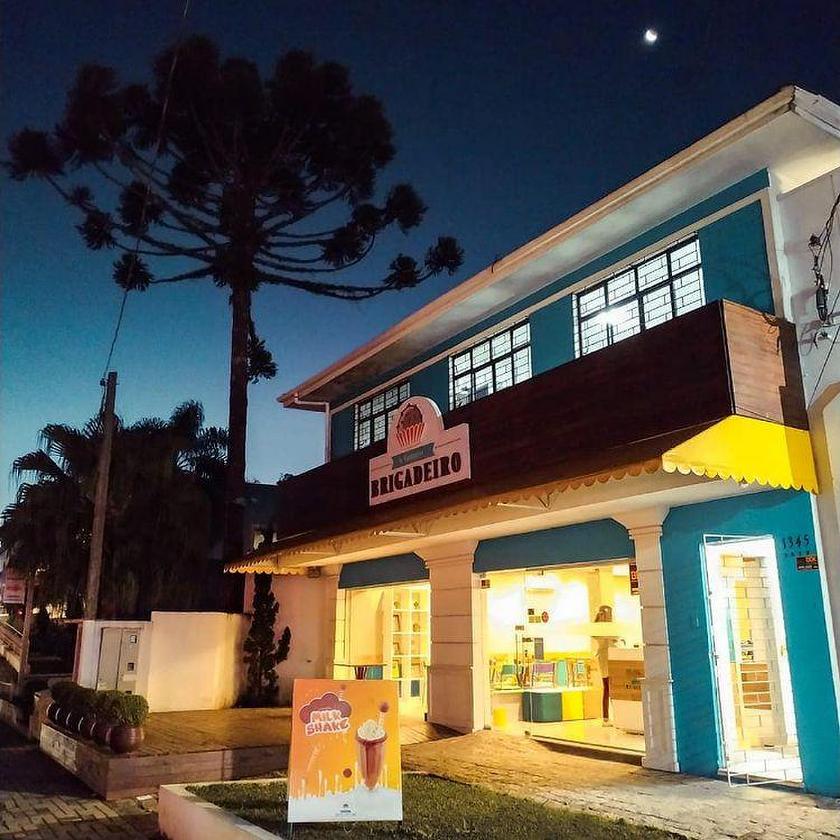 The taste and texture of these sweets is something between a chocolate truffle and a soft chocolate toffee.

Another staple of simple yet popular food in Brazil is the Brigadeiro. Sweet food is as multi-faceted and diverse as it gets, so it's easy to judge a cuisine for its setts. Brazilians excel, judging by the elegance of the cross between cupcakes and truffles made of condensed milk, cocoa powder, butter, and chocolate sprinkles. The origin of this beautiful dish is still being debated, most people agreeing that it was invented sometime in the XIX century. One thing is certain: a Brigadeiro goes well with tea or other soft drinks and should serve as a gourmet decoration to your day.

The aptly named O Famoso Brigadeiro is a good place to find it. 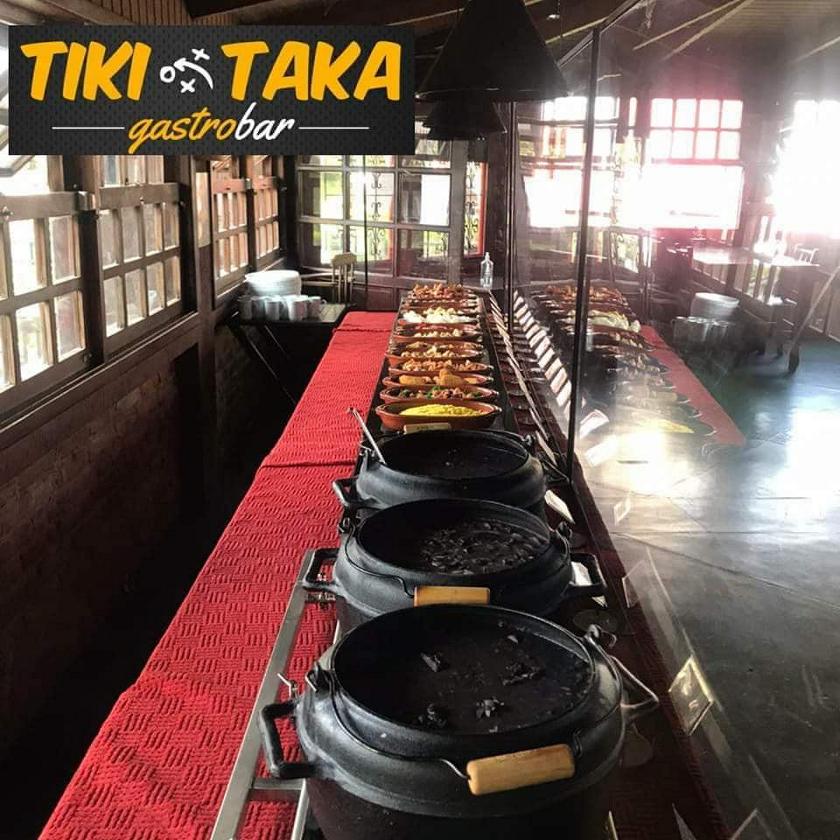 The main Brazilian dish is everyday and festive food at the same time, it simultaneously indicates everyday life and ritual, a strict code and endless freedom. It comes with fried pork with beans and rice, and around - a legion of possible plots.

We seem to be spotting a threat here. The best Brazilian food is usually simple and hailing from the beautiful realm of home-cooking. Feijoada is no exception. At first glance, it looks like nothing more than a simple stew of beans with beef and pork. Add some greens, select something for the side, and you have an endless pool of opportunities for making feijoada as unique as you want. Rice, sausages, greens - anything your culinary heart desires comes well with feijoada.

A good place for feijoada, among other things, would be Tiki Taka. 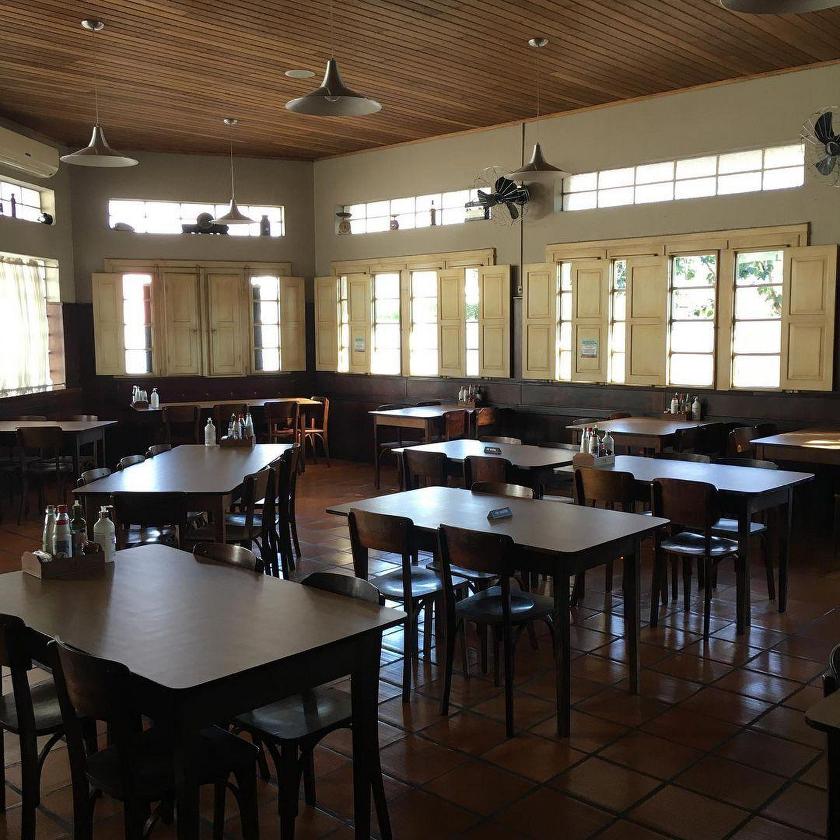 In Brazil, churrasco is called meat dishes prepared on the grill. Brazilian churrasco contains a variety of meat products and offal prepared on a regular barbecue grill.

Let's play things up a bit. Brazil adopts dishes from its neighbors, which is pretty natural, and one particular thing Curitiba has as part of its food scene is churrasco. The name basically means any kind of grilled meat, yet the trick is in the process of cooking. Brazilian churrasco is made on a purpose-built "churrasqueira", a barbeque grill with special supports and customized skewers. Or sometimes, the setup is just embers and skewers for a more simplistic and raw taste.

Most steakhouses in Curitiba offer decent churrasco, Ervin being a decent choice. Coxinha is a popular Brazilian dish that appeared more than a hundred years ago. According to legend, the son of Princess Isabella refused to eat anything, except fried chicken drumsticks. But once the royal farms ran out of this food. To feed the hungry kid, cooks decided to shred meat from other chicken parts and form them into drumsticks. So the resourceful chef pleased the royal offspring, and the dish spread throughout Brazil and abroad. Now you can order coxinha at every bar and have a beer with friends.

Legend says that over a hundred years ago a chef was forced to invent a meal for a local noble. The leftovers from chicken were made into coxinha, a combination of dough and meat looking as utilitarian as you can imagine. Over time, it became the popular food in Brazil and is now served both in snack bars and in the most classy establishments. Traditionally, coxinha is made with wheat flour and chicken broth. Sometimes mashed potato is added and filled with shredded spiced chicken meat, or a whole chicken thigh.

Looking for good coxinha is not difficult, just go to one of the popular places - Chiffon Cake is an option.

6. Tilapia to offset the meat 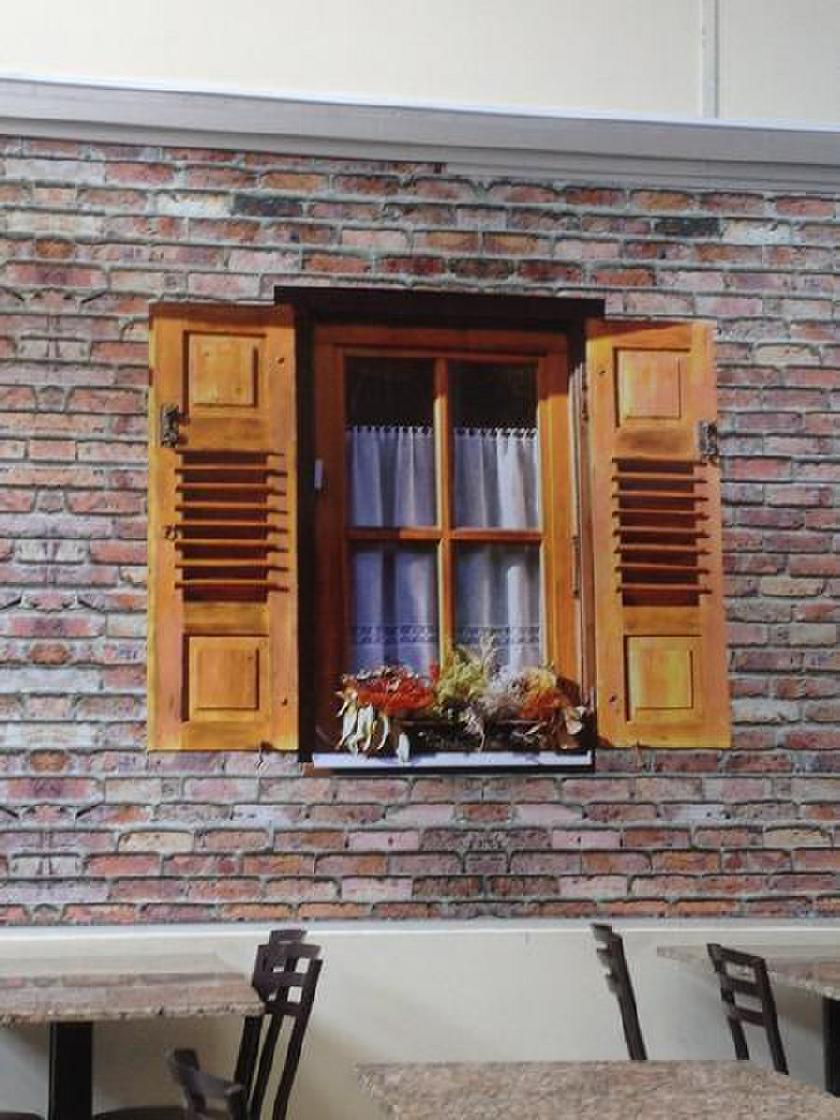 For tilapia, it is best to choose a fish that has a slightly salty sea flavor, pink gills, and shiny eyes. If a fillet is purchased, its color should not contain yellowness. Make sure the ice covers the fish in a thin layer.

So far we've had red and white meat on our list. Let's move to some fish. Tilapia is the common name for nearly a hundred species of cichlid fish found in the internal waters of the continent. Naturally, it is cooked in its own way with lots of twists and culinary secrets. A great source of vitamins, tilapia is prepared quickly and combined wonderfully with a variety of spices, side dishes, and drinks. You can grill, broil, steam, or bake tilapia. It goes well with greens and rice, and can even work in combinations with meat.

You can always try Restaurante Do Ruy for different fish options, including tilapia. 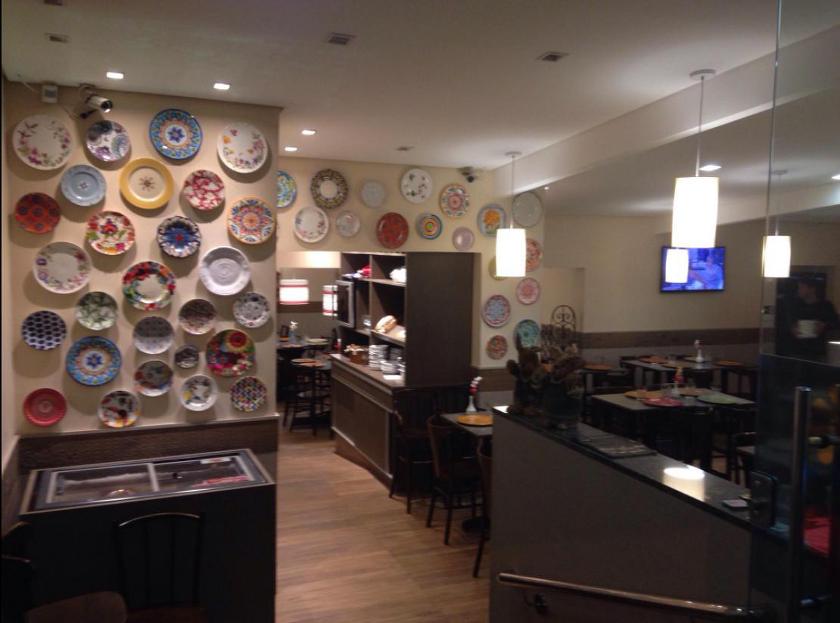 This dish is also known as mungunzá. It's a Brazilian sweet porridge made from white corn, sugar, coconut milk and cinnamon. Canjica is strongly associated with the winter festival that takes place in June. According to the legend, the dish was created by African slaves during colonial times.

Did you know that winter festivals are held in June in Brazil? That's right, paradoxically, Festa Junina is a winter festival held during the summer. One of the dishes associated with such festivities is canjica, a tender porridge cooked with milk, sugar, and cinnamon. Funnily enough, in Curitiba, the name "canjica" means a completely different dish than in the northern parts of the country. Up there, it is called "mugunzá", while the word "canjica" refers to a sweet dessert otherwise called "curau".

Some places like Bom Strudell combine the traditional way of making the porridge with the gloss of the modern European and American approaches to service.

8. Acarajé for the soul 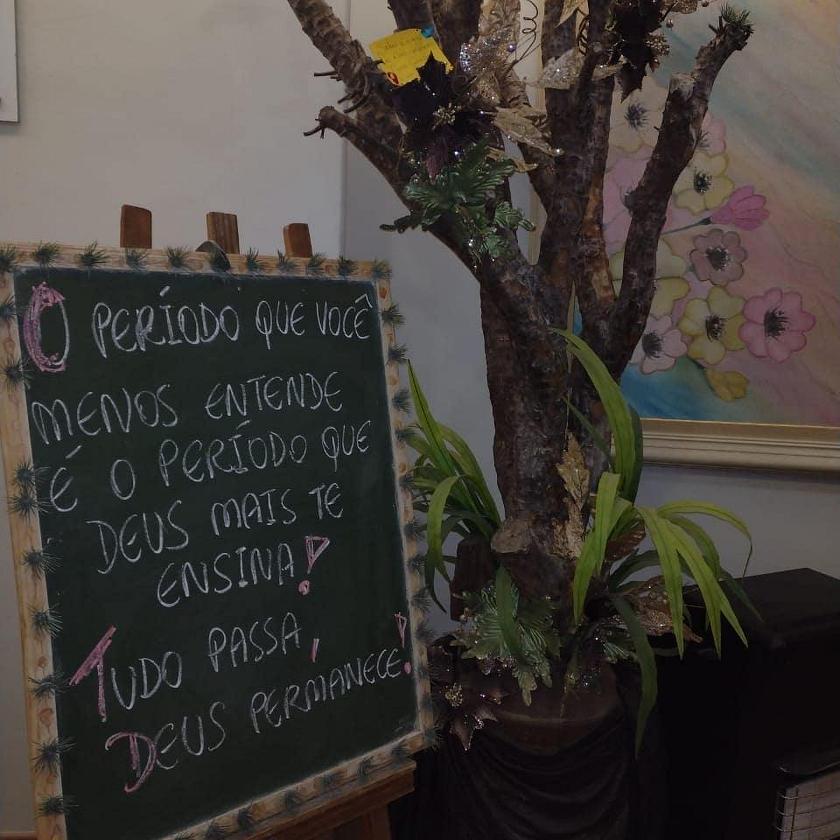 It is peeled cowpeas, which are fried in palm oil until they get golden brown. Fried shrimp, tomatoes and shrimp paste are suitable as the filling for this dish. Acaraje is not only incredibly tasty but also cheap.

The next dish on our list is truly food for the people. Acarajé is considered both a religious offering fit for church picnics or charity and common street food. It was originally something made by the African slaves brought to South America by the Portuguese. Traditional Acarajé consists of cooked and mashed cowpeas that are seasoned with salt and chopped onions, then served with spicy pastes made from shrimp, ground cashews, palm oil, etc. There's also an attraction factor - proper Acarajé is prepared in front of the customers on an open fire.

The obvious choice for good Acarajé would be Acarajé Baiano Chef Cassia Goulart. 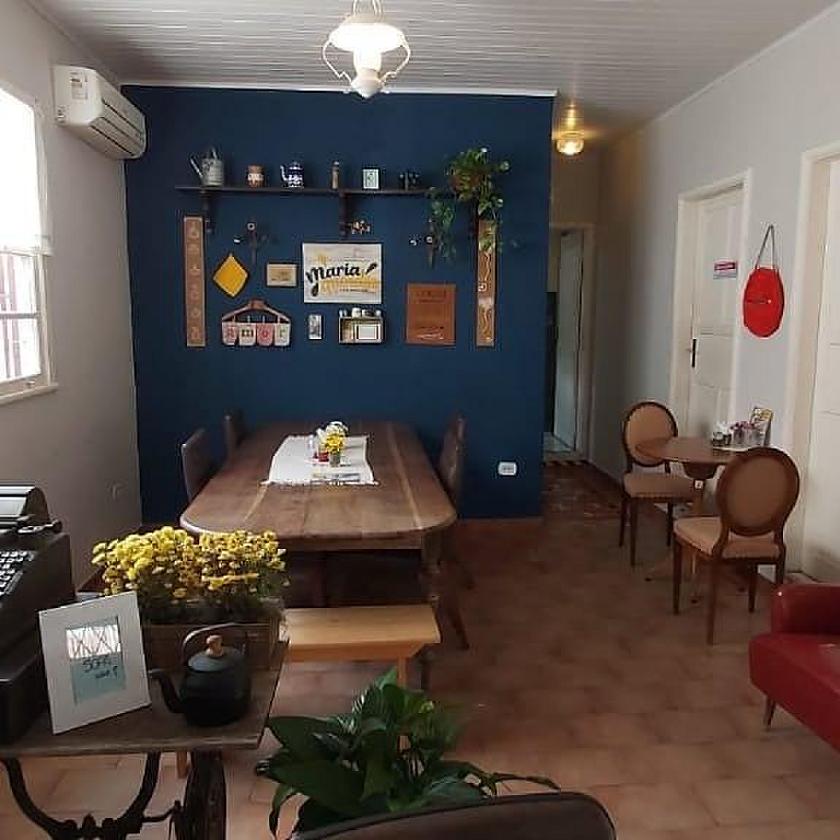 Whenever you're in Brazil, try quindim - a popular baked dessert. It's a mixture of egg yolks, sugar and coconut. It also goes with custard and glucose syrup or butter. Very addictive!

Finally, let's move away from more substantial dishes and try some desserts lighter than Brigadeiro. Coconut treats are always a pleasant bonus in any culinary book, so Quindim should interest someone visiting Brazil for a bite of something special. It's a traditional dessert made from sugar, egg yolks, and ground coconut. Another Portuguese recipe, the dish is served cold and sliced to make the process of drinking tea, coffee, or any soft drink more enjoyable. But not as enjoyable as knowing the fact that the name "Quindim" means something like "a girly joke".

Another place with a telling name for the kind of food you should try there is Maria Quindim. 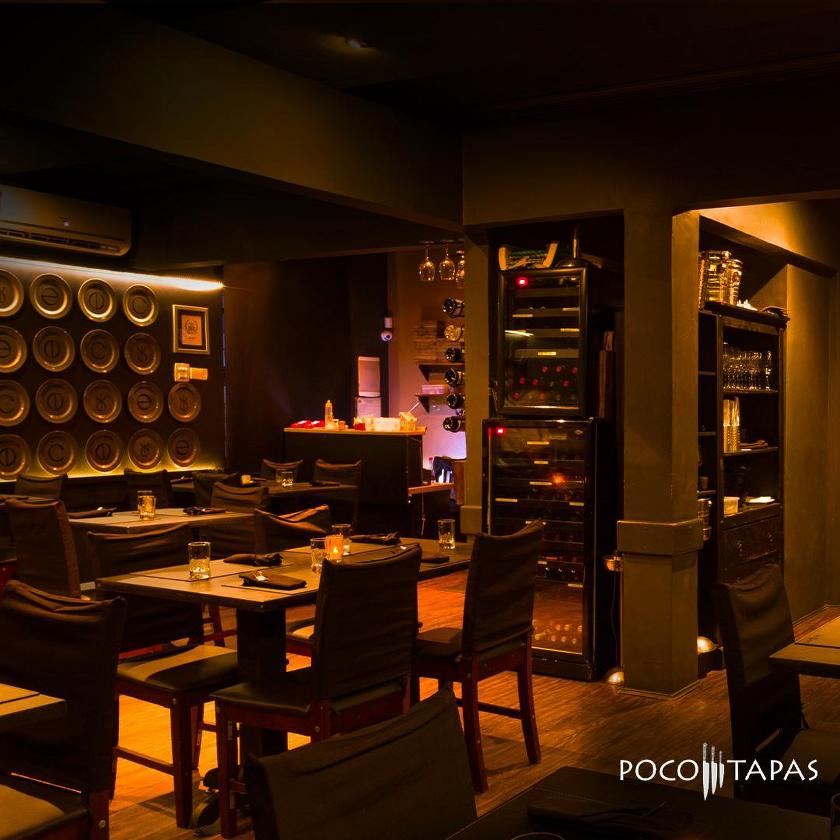 It's a national Brazilian spirit with 38-48% alcohol. Cachaça is rum-like and is made from fermented sugarcane juice. Producers use special wooden barrels to extract aromas and 70 different tastes.

After dealing with sweet, spicy, and mellow food, it's time to finish things up with a drink. Brazil has lots of alcoholic and non-alcoholic offerings, but a particularly interesting local option would be cachaça. This distilled alcoholic drink is made from fermented sugarcane juice, which gives it a sweeter taste more fitting for wine or rum. The main difference is that cachaça uses softer sugar materials and a lot less of them. Still, an informal name for cachaça is, indeed, "Brazilian rum". It's good for cocktails or served straight up.

Most bars and restaurants offer cachaça, Poco Tapas not being an exception.

With all the tips and newly-found knowledge, you'll enjoy the culinary part of your trip to Curitiba. Have an authentic Brazilian experience. But most importantly, have fun!

Comments on Eat up: 10 things to try in Curitiba, Brazil

Add your comment on
Eat up: 10 things to try in Curitiba, Brazil
Previous
Next

The 10 highs of the food scene in Brasilia, Brazil