Sao Paulo means "Saint Paul" in Portuguese, it is one of the most populous cities all over the world, the financial city of Brazil, and the leading industrial center in Latin America. This megacity was established by two priests whose mission was to convert natives to the Catholic religion. It was sugarcane that helped Sao Paulo to transform from a modest village to a large city in the 18th century. There was a boom of factories in the 20th century so a number of immigrants arrived in Sao Paulo searching for a better life.

Being a commercial megacity, Sao Paulo is also well known for its grand neo-Gothic temples and oldest churches, the cut-edging art museum Pinacoteca do Estado de São Paulo and the municipal theater boasting of its fabulous ballet and symphonic orchestra. Other iconic landmarks of Sao Paulo are skyscrapers, clothes and electronics shops, the largest coffee plants and helicopter fleets, the unique sumo gymnasium, famous football clubs, and delicious traditional dishes. Read the article and find out the best restaurants to eat authentic Brazilian food in Sao Paulo. 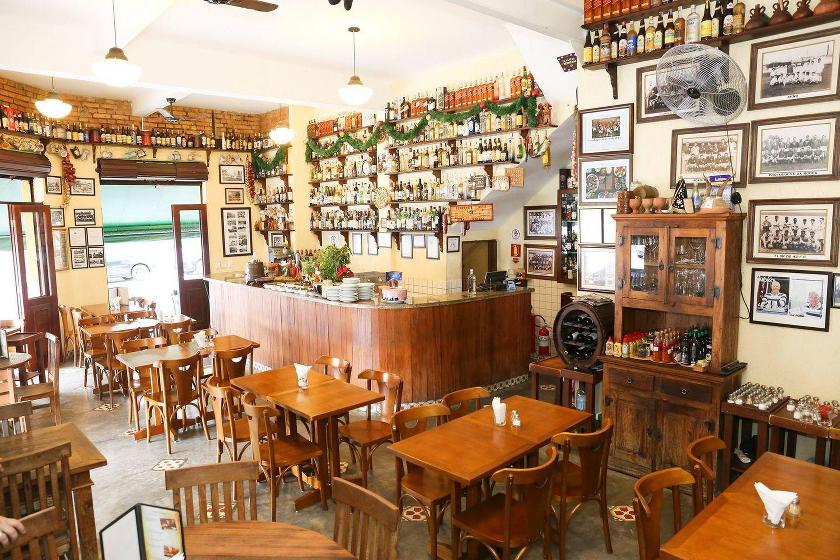 Coxinha is a popular Brazilian dish that appeared more than a hundred years ago. According to legend, the son of Princess Isabella refused to eat anything, except fried chicken drumsticks. But once the royal farms ran out of this food. To feed the hungry kid, cooks decided to shred meat from other chicken parts and form them into drumsticks. So the resourceful chef pleased the royal offspring, and the dish spread throughout Brazil and abroad. Now you can order coxinha at every bar and have a beer with friends.

Whenever in Sao Paulo, you must try coxinha - crispy chicken croquettes, popular Brazilian street food. The recipe is so simple: savory dough is shaped into drumsticks and filled with creamy chicken, catupiry (cream cheese), onions and parsley, then drumsticks are battered and deep-fried. This dish originated in Limeira, Sao Paolo, in the 19th century, the legend is quite interesting: a Brazilian prince ate only chicken thighs. One day there weren't enough thighs and the cooks took a risk by shredding the whole chicken and using dough to shape drumsticks. The prince was so happy to degust such a delicious dish that coxinha became a staple of Brazilian cuisine.

The most tender coxinha is served at the Quintal da Mooca restaurant, come to this place and enjoy its cosy atmosphere and great service. 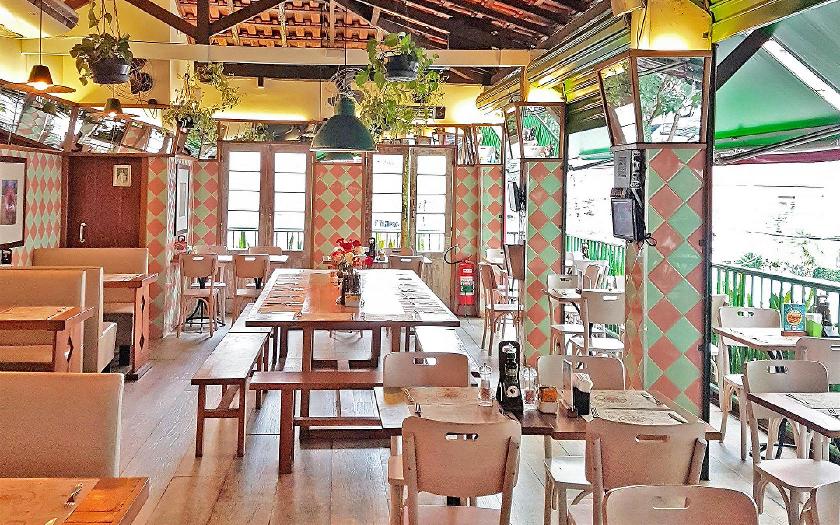 Acai Bowl is a smoothie made from oatmeal, berries, fruits, and seeds. Acai can also be pureed with berries or powder and are also convenient for making drinks. Acai berries are a source of amino acids and fatty acids, their number in several berries exceeds the number of several fruits.

Acai is grapelike reddish-purple berries from the rainforests of Central and South America. There's little sugar, acai contains some calcium and a number of antioxidants, it's a source of heart-healthy fibre, and much more. This cold dessert is made with frozen pureed acai that is served in a bowl or as a smoothie. The acai bowl is topped with other fruit, granola and guarana syrup. So sweet, refreshing and healthy! Come to the Madureira restaurant and enjoy its fantastic desserts, including acai bowls and banana cakes. 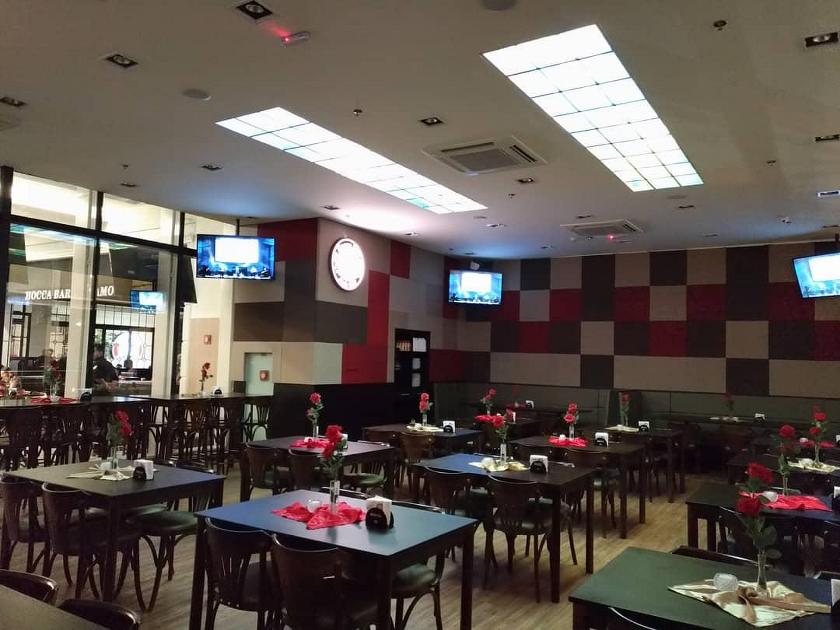 Dominicans usually use banana tubers, malanga (a kind of the root vegetables), and squash. The tubers are rubbed into what is called masa. Masa is then placed in a banana leaf. The masa is then filled with meat. Various meats and seasonings from all over the island can be used.

Pasteles are very popular street food in Sao Paulo. They are deep-fried empanadas stuffed with beef, cheese or chicken, tomatoes, and ham. This envelope-shaped pastry was derived from Chinese spring rolls in 1890 and it became so popular during World War II thanks to Japanese immigrants who opened a number of bakeries. This way, pasteles turned into the most consumed dish in Sao Paulo. Hocca Bar serves its guests with gorgeous pasteles. It's a must to visit this place and have a nice lunch.

It's an iconic dish of Sao Paulo, a huge sandwich made with half a pound of mortadella (large Italian sausage), provolone cheese, dijon mustard, mayonnaise, juicy tomatoes, arugula, and sourdough bread. Mortadella sausages consist of ground or hashed heat-cured pork, black pepper, and sometimes pistachios. Be like native Paulistas and enjoy this sandwich whenever you take a leisure stroll in the street or need to have a quick bite on the municipal market in the centre of Sau Paulo. 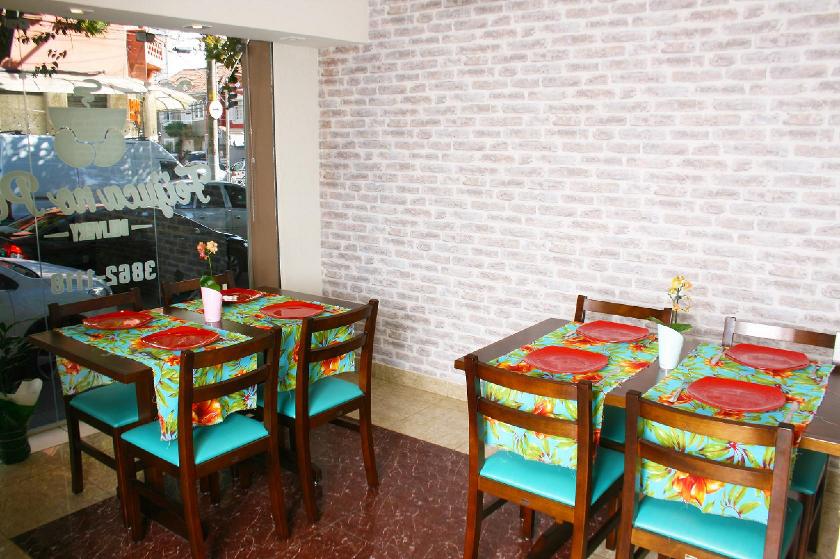 The main Brazilian dish is everyday and festive food at the same time, it simultaneously indicates everyday life and ritual, a strict code and endless freedom. It comes with fried pork with beans and rice, and around - a legion of possible plots.

Feijoada is an authentic Brazilian dish so it's a must to try this stew in Sao Paulo as well. The stew is made with black beans (feijão in Portuguese), beef, and pork. Feijoada is cooked over low heat in a pot. Sounds mouth-watering, doesn't it? The dish is traditionally served with rice, farofa (fried cassava flour), and orange slices. This stew was invented by African slaves who mixed all the leftovers after feasts celebrated by the owners of plantations. One of the best feijoadas in Sao Paulo is served at the Feijuca no Pote restaurant. It's definitely worth a try here.

It is peeled cowpeas, which are fried in palm oil until they get golden brown. Fried shrimp, tomatoes and shrimp paste are suitable as the filling for this dish. Acaraje is not only incredibly tasty but also cheap.

Originally, acaraje was a religious offering to the gods in the Candomble region, however, now it's a very common Brazilian street food. Being a specialty in the Bahia state, this perfect snack is popular among Paulists too. Acaraje is made with black eye peas, coconut, beef, mutton, or dried shrimp, and vatapa sauce. Traditionally, you can see a number of women in all-white cotton dresses and headscarves selling this dish in the street. Of course, you can try acaraje at restaurants, as well. Visit the Baiano De Dois restaurant and order mouthwatering acaraje with shrimps.

In Brazil, churrasco is called meat dishes prepared on the grill. Brazilian churrasco contains a variety of meat products and offal prepared on a regular barbecue grill.

This is a national Brazilian barbecue, a mixed grill meal prepared on a rotisserie. The name is derived from the Spanish word "socarras" meaning "to burn". The BBQ in Brazil is served as an all-you-can-eat dish or a la carte. The BBQ can be made with different types of meat, it is commonly cooked from top-capped sirloin (it's called picanha in Brazilian). This dish is eaten at a churrascaria, a local steakhouse. Churrasco is usually served on skewers, each one with a different type of meat, for example, the cuts such as picanha and ribs. You can also have chicken, sausages, and even vegetables. Degust the best Sao Paulo barbecue at the Barbacoa restaurant. 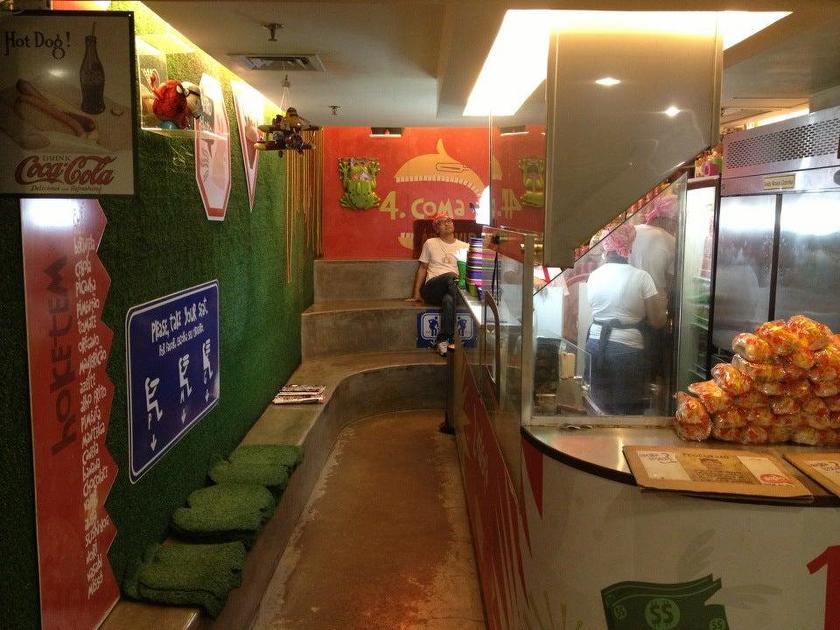 A hot dog or sausage in a loaf - this dish is the embodiment of simplicity. Therefore, probably, it has become so popular all over the world. And although it is not particularly refined, it is prepared in various parts of our planet. The history of hot dog originates back in the Middle Ages: it is believed that the first sausages appeared in Frankfurt in 1487. However, the turning point in the "career" of hot dogs is associated with mass emigration from Europe to the US at the end of the XIX century.

If you are crazy about hot dogs, it's a must to try one in Sao Paulo. Brazilian hot dogs (or cachorro quente) are a very special treat as they come with unusual garnishments like mashed potatoes, quail eggs, peas, corn, or potato sticks. They are cooked in a tomato sauce and can be topped with a number of ingredients! Enjoy the best hot dogs ever at the Alekao restaurant that is so popular with fast food lovers.

Most of the sugarcane is produced in Sao Paulo so take a chance and drink refreshing sugarcane juice to survive the Brazilian heat. This sweet syrupy drink provides a healthy dose of antioxidants, however, it contains too much sugar. 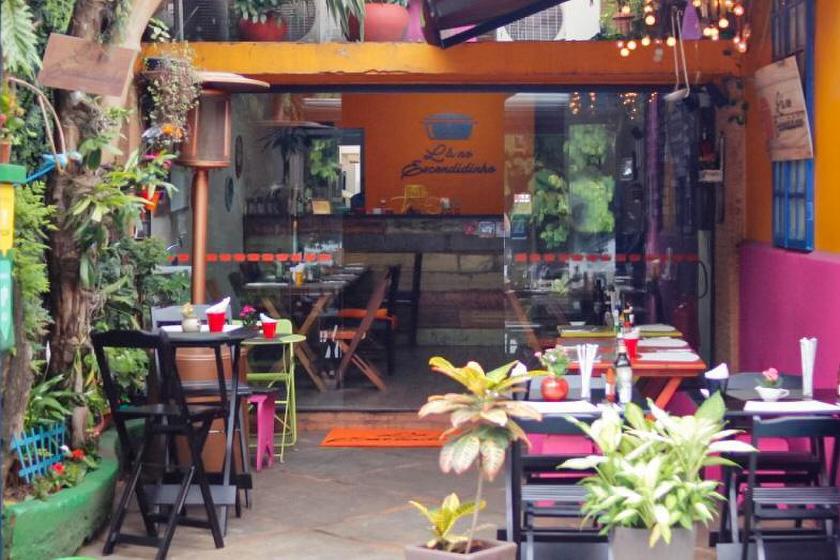 The taste and texture of these sweets is something between a chocolate truffle and a soft chocolate toffee.

Have you ever tried brigadeiro - traditional fudge balls? This dessert is named after Brazilian Brigadier Eduardo Gomes in the 1940s, he was a good guy but he didn't win the elections so people decided to immortalize him this way. Nowadays, Gomes is regularly remembered at every Brazilian party serving brigadeiro. This treat is bite-sized truffle sweets made with condensed milk, chocolate powder, butter, and eggs. Come to the Lá no Escondidinho restaurant and enjoy its fabulous food.

Have a nice meal in Sao Paulo!