The 10 highs of the food scene in Brasilia, Brazil

When we think of Brazill, many different images and ideas come to our minds. One of them is the word "big". Larger than life, even. No one will deny that Brazil is a big country with strong traditions, powerful culture, and many things not widely known in the world but giving the land and its people uniqueness which cannot be denied. The city of Brasília, with its history dating back to the sixteenth century and culminating in becoming the federal capital of the country, is a prime example of this truth. Thus, exploring the local food scene gets even more exciting.

1. Kick it off with cachaça 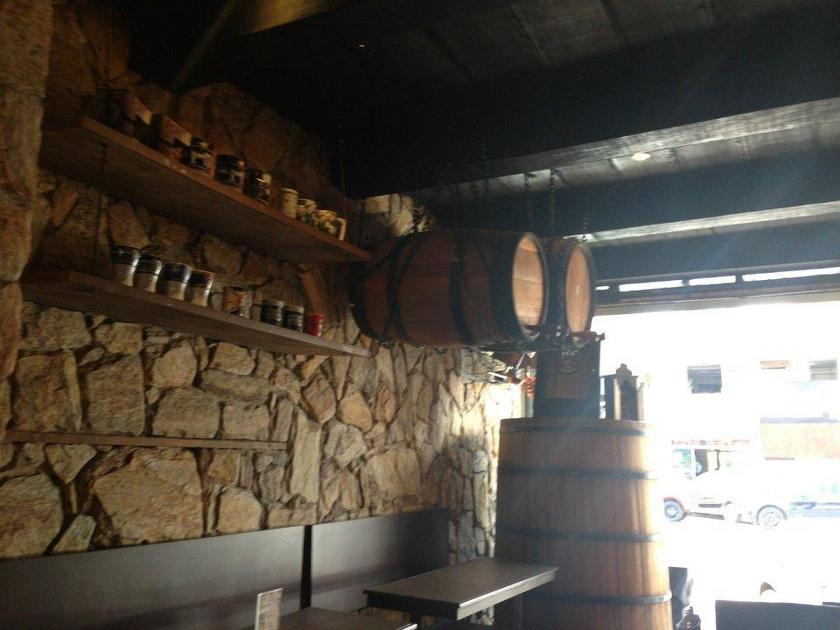 It's a national Brazilian spirit with 38-48% alcohol. Cachaça is rum-like and is made from fermented sugarcane juice. Producers use special wooden barrels to extract aromas and 70 different tastes.

Let us start this list with something to get a little fire in your veins and make you alive enough to explore the rest. Cachaça is a national Brazilian drink made from fermented sugarcane juice. It is both the most popular alcoholic drink in the country and a common ingredient in cocktails. The drink itself dates back to the early sixteenth century and has become so commonplace and natural for the people and the restaurants that you can't actually say that you drank Brazilian if you didn't try something with cachaça in it.

The aptly named Empório da Cachaça will help with your drinking needs.

2. Keep it up with galinhada A rice stew with chicken, a typical Brazilian dish in Minas Gerais.

Progressing naturally from drink to food, we should get something light and relatively simple. How about a rice stew with chicken? This is galinhada, one of the most popular and commonplace dishes in this part of Brazil. Undeniably Portuguese, it's cooked rather fast but remains snakily exquisite in both its form and taste. Many restaurants serve galinhada, and most chefs can't help but add a personal touch to a rather basic set of ingredients. This makes the dish one of the best markers for specific restaurants in terms of exploration.

One of the first places to try would be Restaurante Embaixada de Minas.

It's heavily salted beef dried in the sun for two days. Carne-de-sol is usually eaten with fried cassava and manteiga de garrafa (bottled butter). It's kind of American Beef Jerky without being so tough. It tastes like regular meat but it is saltier.

In a hot place like Brasilia, salted meats are nothing new. Trying them is almost obligatory if you really want to explore the local cuisine. Among many lesser-known and popular options is Carne-de-sol, a dish based on salted beef prepared using the power of the sun itself. The dish is fried and served as a hamburger, or baked in the oven with cream or, more traditionally, prepared as savory paçoca. Despite its humble origins, Carne-de-sol has become a household name and is now served in restaurants across the country.

For a less obvious choice of the place, try A Barraca Revistaria e Tapiocaria.

4. Oil it up with vatapá 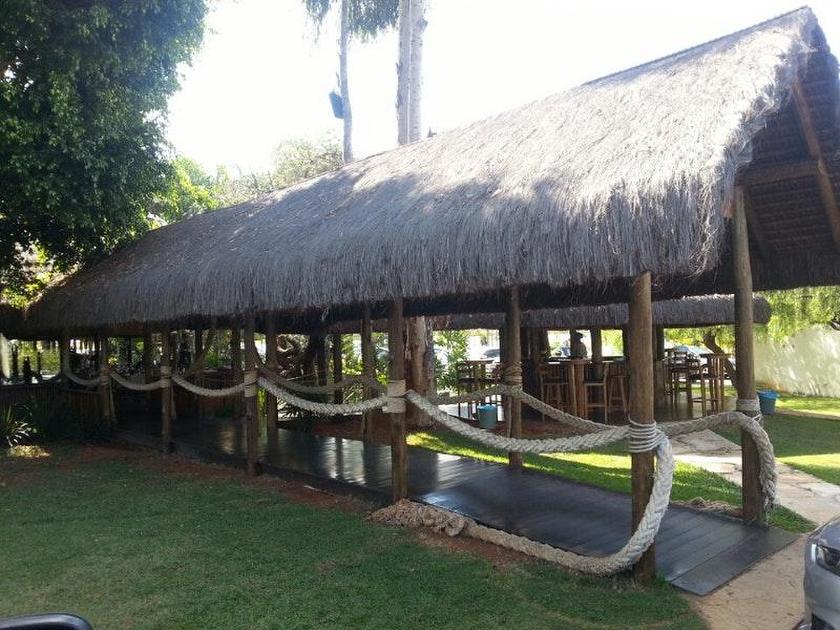 It's a shrimp and fish stew with nuts, an everyday main course in Brazil that is laid out on top of fresh white rice.

The name of our next dish is derived from a phrase meaning "for her". it's probably due to the fact that the recipe just screams "a makeshift meal prepared for a romantic occasion". Or maybe it's just a sentimental theory. Vatapá is made from bread, shrimp, coconut milk, finely ground peanuts, and palm oil mashed into a creamy paste. In some places, it is served with rice, but Brasilia has almost any variation in its restaurants. Some chefs replace shrimp with ground tuna, chicken, or cod.

Manzuá is a safe bet for decent vatapá in Brasilia.

5. Make it strong with black rice 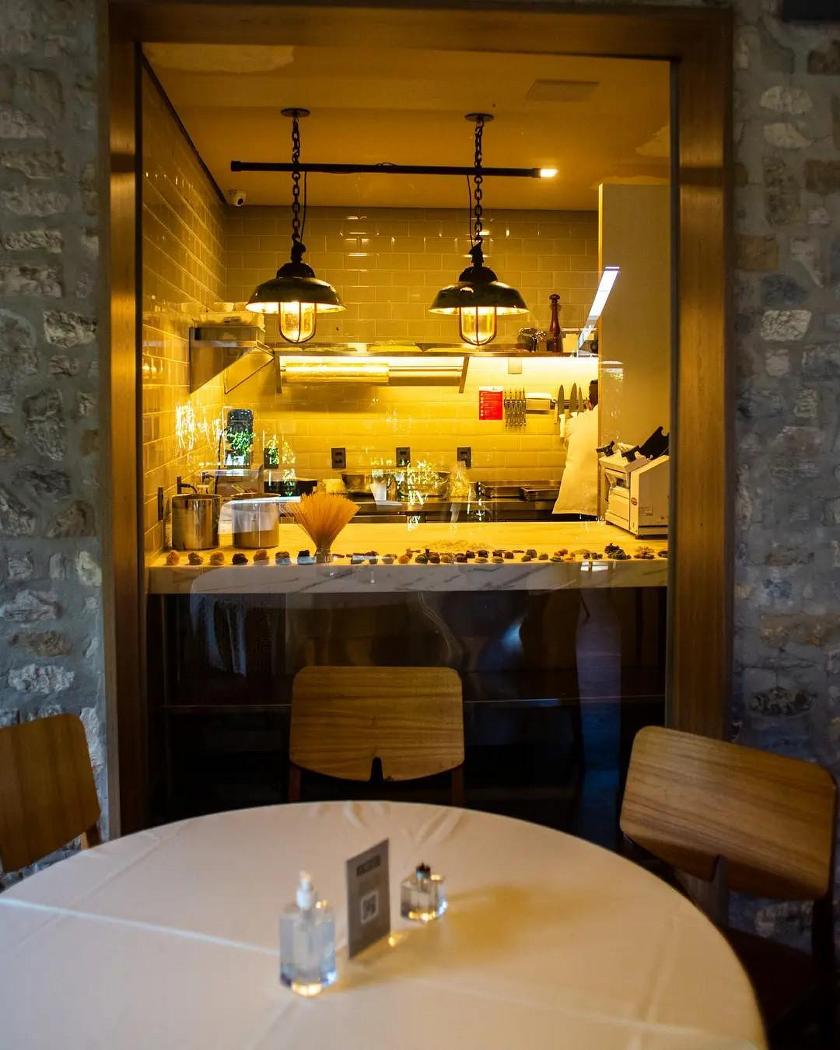 Interestingly enough rise is one of the most popular food ingredients in Brazil. Many various meals are made using it as the main component and, naturally, the people have learned to prepare rice as a dish in its own right. Served with meat and sauces, fried, grilled, cooked, and otherwise processed, rice is virtually everywhere. A more exotic variation is black rice, and you really have to work to find something based on it in Brasilia. However, the experiment would be well worth the risk.

You can find some black rice at A Mano. Parma is a pork or chicken cutlet breaded with béchamel sauce and a sick amount of cheese.

Let's now move away from something unique to the region and learn how Brazilians deal with food created in the age of global integration. Surprisingly enough, parmo is rather popular in Brasilia, even with strong competition. The dish is made from a breaded cutlet of chicken or pork topped with a white béchamel sauce and cheese. Its name is a reference to the dish chicken parmigiana, which is made with tomato sauce and mozzarella cheese. Parmo has been named one of the most popular takeaways in Brazil in 2019, and its popularity has hardly dropped since then.

Nonna Augusta is where you can find some of the best parmo in Brasilia.

7. Mix it up with prawns 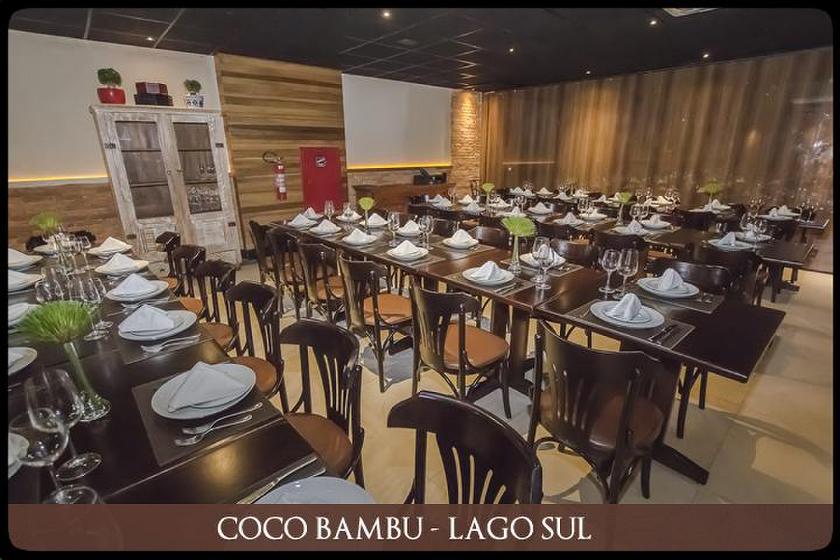 Prawns are delicious, whether stir fried, tossed through pasta, cooked in spicy curry, or placed in salads. Prawns can be served on their own, as a side dish, an appetizer or a snack.

Brazil is a land exposed to the ocean, so seafood and its various modifications are naturally popular, especially in the eastern and northern regions of the country. In Brasilia, you can find almost any kind of seafood, with prawns being particularly popular. Local chefs fry, boil, and otherwise process prawns, add spices and sauces, serve it with rice, because, as we mentioned, it's one of the most popular components, and otherwise try to reinvent the idea of eating shrimp. It's healthy and relatively cheap when compared to some of the more exotic food options.

Some of the best prawns in Brasilia can be found at Coco Bambu. 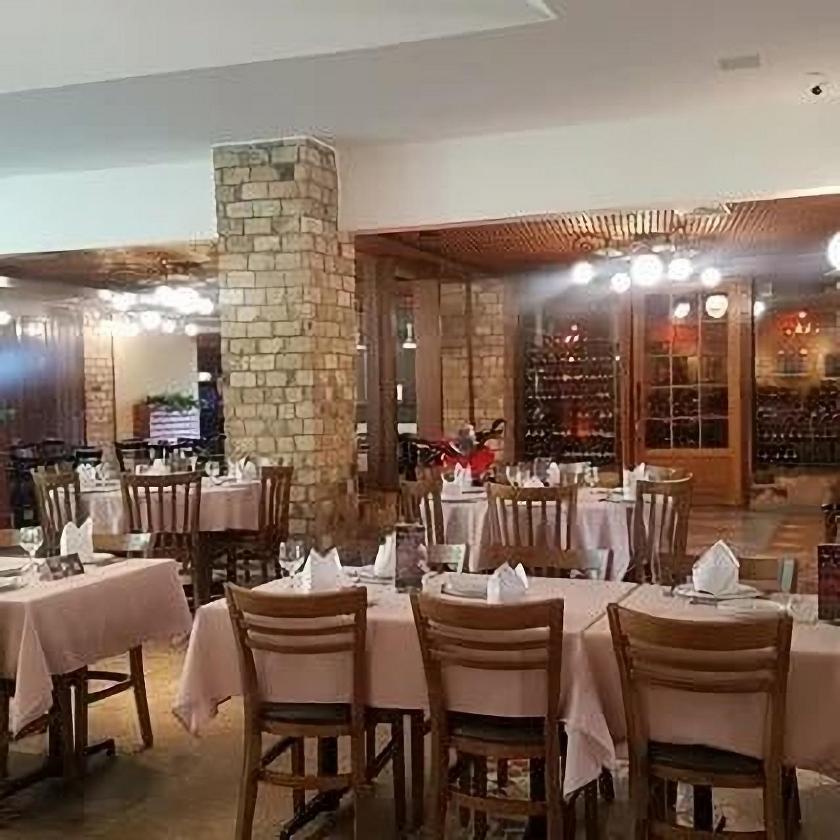 A dish that is cooked in corn or banana leaves. The filling is boiled corn pasta, and this dish can be either sweet or salty, depending on the additional ingredients.

Moving away from heavier things, we should pay attention to sweets a little more. Or not. We can search for something a bit sour to make the taste palette more diverse. Brazilian cuisine has pamonha, a paste made from boiled sweet corn typically served wrapped in corn husks. Its sweetness depends on the preparation and the desire of a chef. Savory variations can be filled with cheese, sausage, minced meat, minced chicken, or peppers. The sweet ones are mixed with coconut pulp.

9. Add some European flavor with rabanada 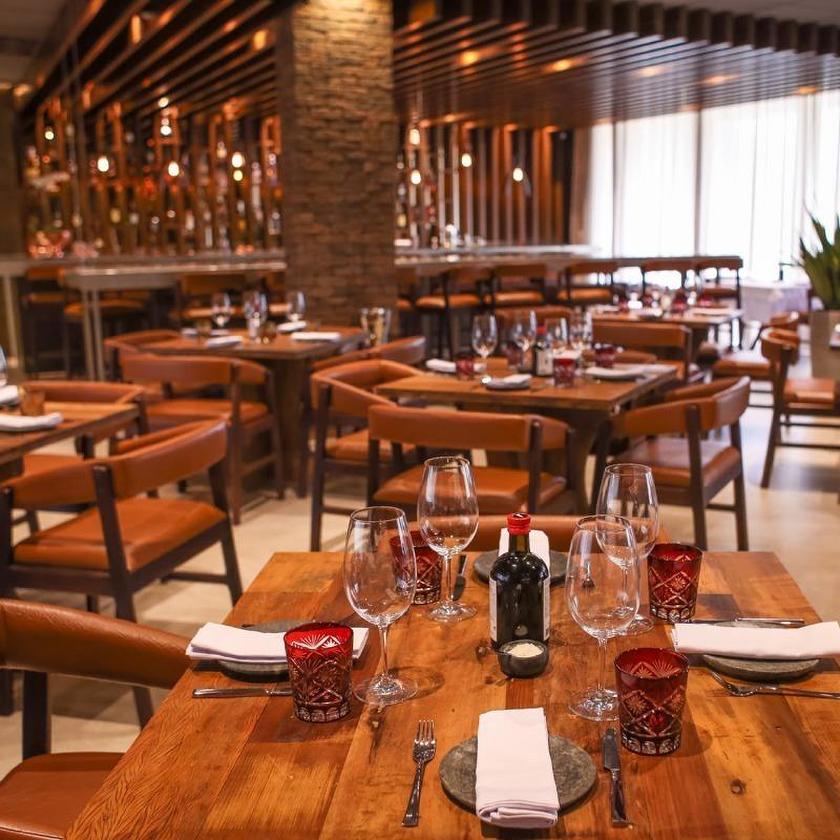 This dish is a kind of crouton with cinnamon and powdered sugar. Often, the dish is served to the table decorated with fresh berries.

The leitmotif of modern food is that it's rarely perfected in the same region where it was born. French toasts are world-famous, yet many countries have made their own versions of them, often a lot more interesting and worthy of exploring than the 'classic" variation. In Brazil, there are rabanada, a take on French toasts covered with sugar and powdered cinnamon. It's a popular dish for Christmas evenings but no one will stop a wondering guest or a local with a sweet tooth from checking out some rabanada in one of many restaurants in Brasilia.

10. Stay on your feet with mocotó 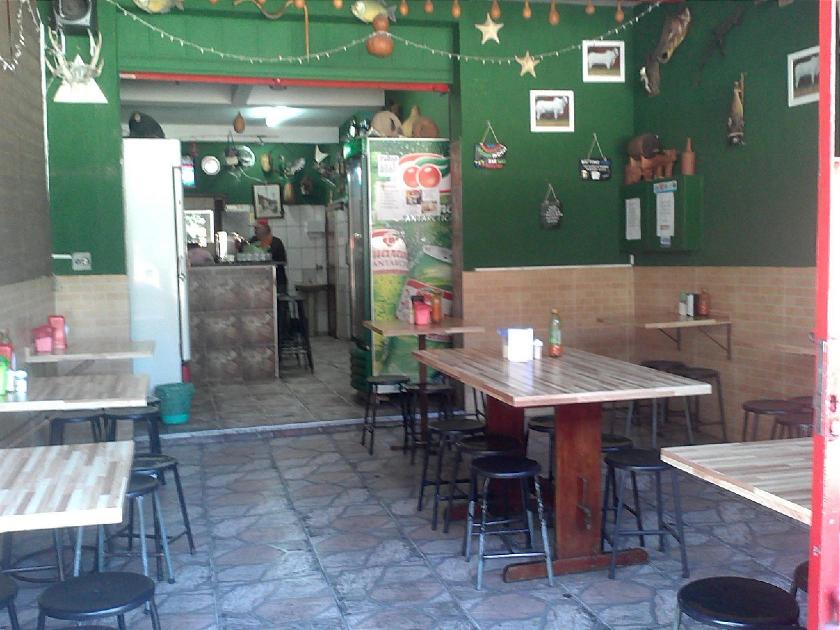 Brazilian dish of cow legs stewed with beans and vegetables.

To finish off the list, we shall return to meat. Or, at least, something meaty. Cow's feet are not the most common basis for a meal, but Brazilians have managed to pull it off on the level of the best European inventors. Mocotó is basically cow's feet stewed with beans and vegetables and served as part of a complex dinner. To be fair, the original recipe comes from Portugal, and before that from the colonized territories of Angola. However, Brazil has one peculiarity that makes its version stand out - local chefs add chickpeas.

To look for decent mocotó, you don't have to go far. Places like Bar do Mocotó are pretty obvious.

As you can see, even among Brazilian cities, Brasilia has something of its own to offer. Good luck with exploring the place and having as much fun as possible doing it!

Comments on The 10 highs of the food scene in Brasilia, Brazil

Add your comment on
The 10 highs of the food scene in Brasilia, Brazil
Previous
Next