Nothing is quite as inviting to a tourist as a place with history. Cologne, or Köln in German, is one of the oldest cities in Germany. Its history dates back to the days of the Roman Empire, and the importance that this place has played for old Europe is immeasurable. Surrounded by mountains and national parks, Cologne is the image any European city looks up to. The majestically beautiful Cologne Cathedral is reason enough to visit. But, among other things, the local food scene is something to enjoy while you're soaking up the culture.

1. Currywurst is as German as food can be 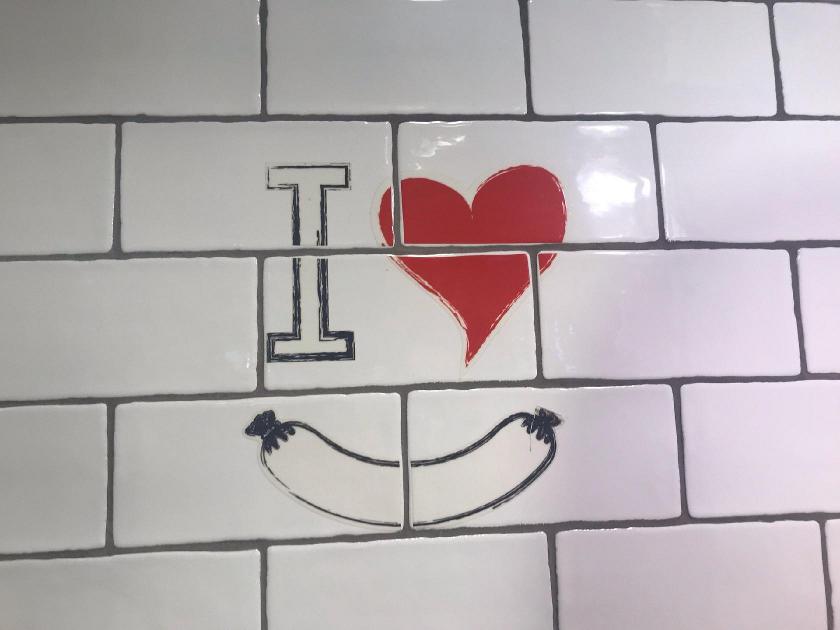 Currywurst is a fried sausage with a special sauce, based on ketchup (or tomato paste) and curry powder.

It's no surprise - the one food Germans and Germany are associated with around the world is sausage. It's true, German sausage is plentiful in variety and masterful in preparation. Currywurst is considered fast-food in Cologne and is usually made from steamed and fried pork sausage, or bratwurst, cut into bite-sized chunks and seasoned with curry ketchup. The trick is finding actual classic curry sauce instead of regular commercially available ketchup. Also, one should look out for decent fries that will go best with currywurst. You have to know the places with a better chance of finding the best currywurst. Meister Bock is one of them.

2. Schnitzels are the meat of any food argument 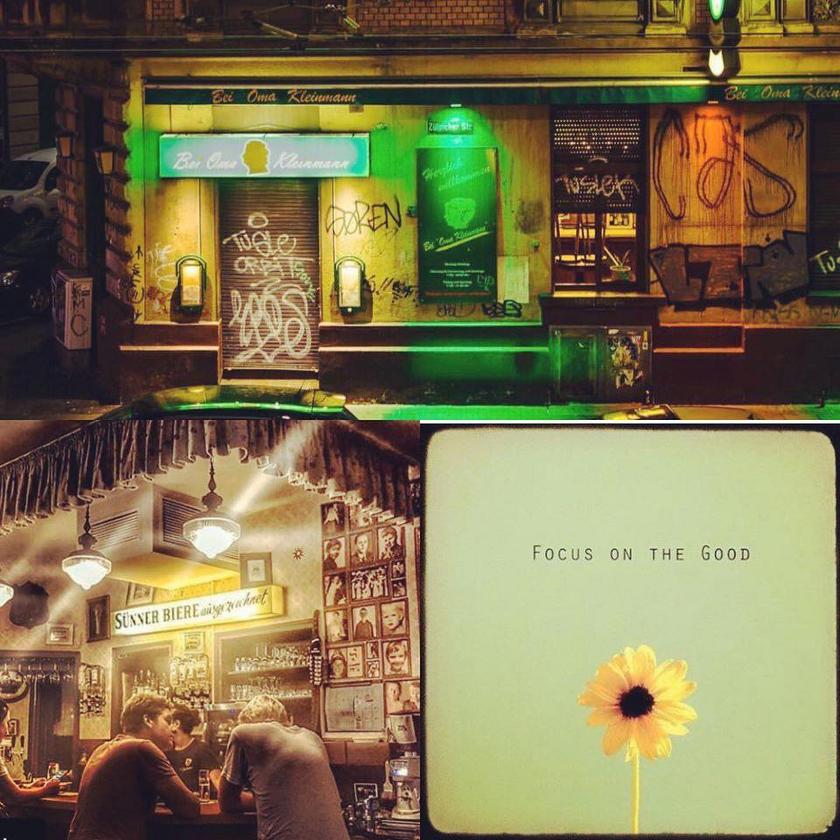 Schnitzel is a popular dish all over the world. Delicious schnitzel can be made from any kind of meat - delicate chicken fillet, wholesome pork, and beef.

Germans are always serious about their food. The cold winters and harsh conditions of old times taught industrious and inventive people how to make food that will be both tasty and substantial. The pinnacle of rational and creative preparation of meat is a simple yet desirable schnitzel. There are many ways to tenderize and cook schnitzels, they can be made from veal, pork, chicken, mutton, beef, or turkey and accompanied by a variety of side dishes. Other countries have their own varieties of flat meat steaks, but none comes close to the classic German schnitzels.

Cologne is a home for many restaurants with great schnitzels, among them Bei Oma Kleinmann and many others.

3. Bratwurst is a sausage on a whole new level 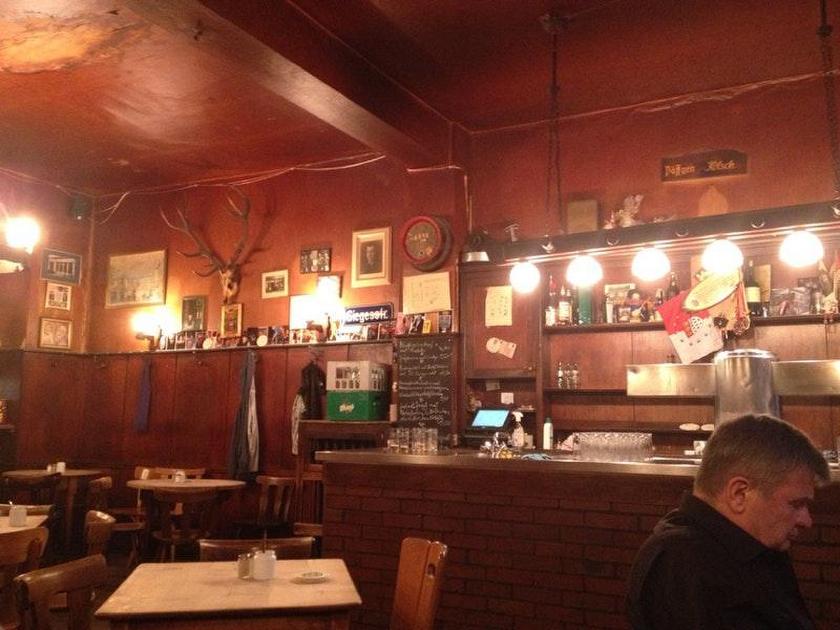 Bratwurst is one of the most famous of German sausages. It is made from pork, beef or veal and usually grilled. Bratwurst is typically served with potatoes and sauerkraut.

While we're on the topic of meat, let's talk about another type of sausage that isn't as much fast food as it is the legacy of old Germany at its finest. Bratwurst is a deceptive name. One might think it originates from the verb braten, meaning "to pan-fry" or "to roast". But it actually comes from the Old High German word combination meaning exactly what it is, a chopped sausage. Bratwurst is made from pork as a rule, but there are variations from veal or beef.

There are many restaurants with grilled sausages. Lommerzheim has a good reputation, especially if you're in a mood for a drink to finish off the food. 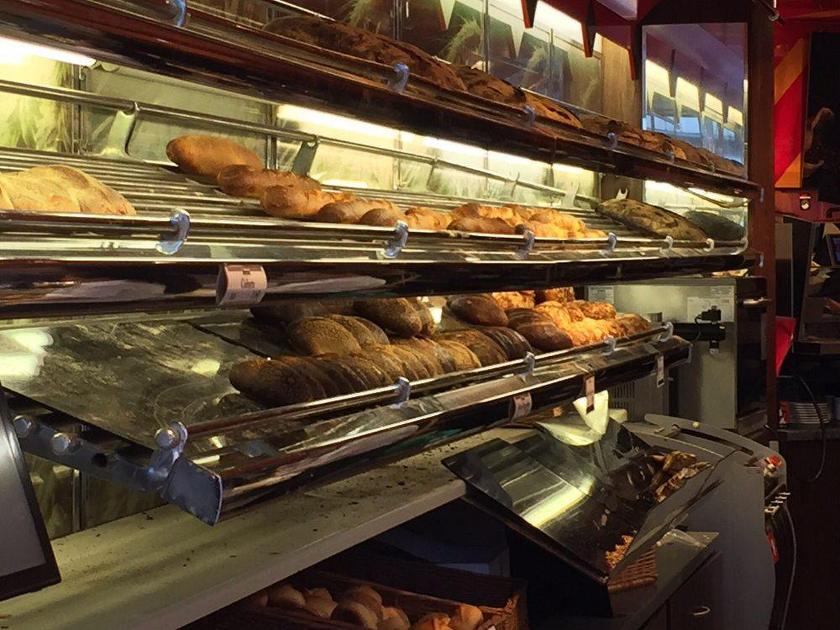 Berliner is a kind of donuts without a ring. Unlike the usual donut, the Berliner has a more delicate and soft dough in composition, which gives it a special, exceptional taste! You can try the filling with absolutely any jam: strawberry, apricot, blueberry, etc.

What usually comes to mind when you're thinking about doughnuts? A ring. Berliners, however, are doughnuts without a ring. Instead, they look more like regular cupcakes, but the secret is in preparation and ingredients. A Berliner can be enjoyed when it only consists of dough, yet lots of options are available: chocolate, champagne, custard, mocha, advocaat, etc. or you can find more classic examples with cheese and meat, just like they made Berliners in the 16th century. Just don't fall for an old trick when some mischievous hosts try and get you to eat one with mustard.

Merzenich is a cafe where you can enjoy a great Berliner among other sets and soothing drinks for a tourist or someone trying to take a break from a busy day.

Fatteh is not an elaborate dish, but it is one of the most beloved on the table. Cold and warm, yogurt and boiled chickpeas, creamy texture in contrast with bread and crispy nuts.

We've been going through traditionally German dishes for a while, but it would be unfair to say that Cologne is so conservative it doesn't have something for people with more cosmopolitan tastes. Fatteh is an originally Egyptian dish made of pieces of fresh, toasted, grilled, or stale flatbread. The rest of the recipe differs. In Egypt, Fatteh is prepared with garlic and vinegar flavored meat soup. In Levant, it is a breakfast where the flatbread is topped by strained yogurt, steamed chickpeas, and olive oil. In Palestine, Fatteh is made with rice and meat.

6. Pork hock is enough to make anyone sated 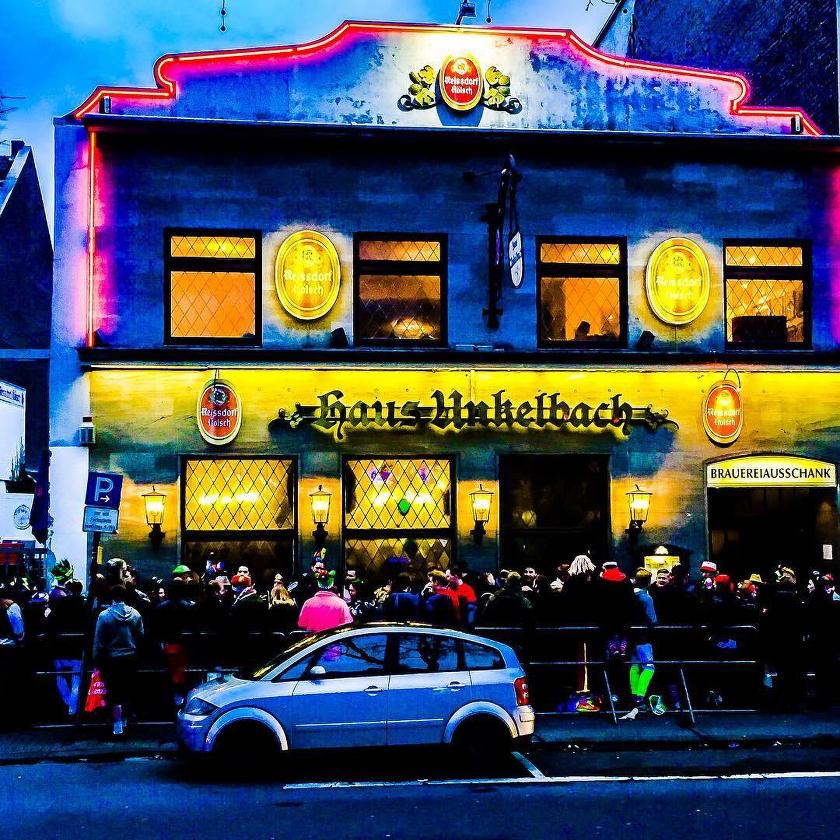 It's a very tasty dish that is popular in a number of countries, including Germany, Austria and Poland. Pickled pork hocks are cured or smoked and then simmered in broth.

If you think Germans are only good at making sausage, you can't be more mistaken. They are masters of meat, and the way they make pork hock is, simply put, masterful. The concept is quite simple - cure or smoke a piece of pork, then use a broth of your choice to give it a special taste. Yet so many inventive options are available. You can just about find unique flavors of pork hock in most German cities and towns. Most self-respecting chefs buy the hock from local farmers not to spoil the results with mass-produced meat.

Cologne, for example, offers rather conservative but satisfying pork hock at places like Haus Unkelbach.

7. Sauerbraten is a roasted delight 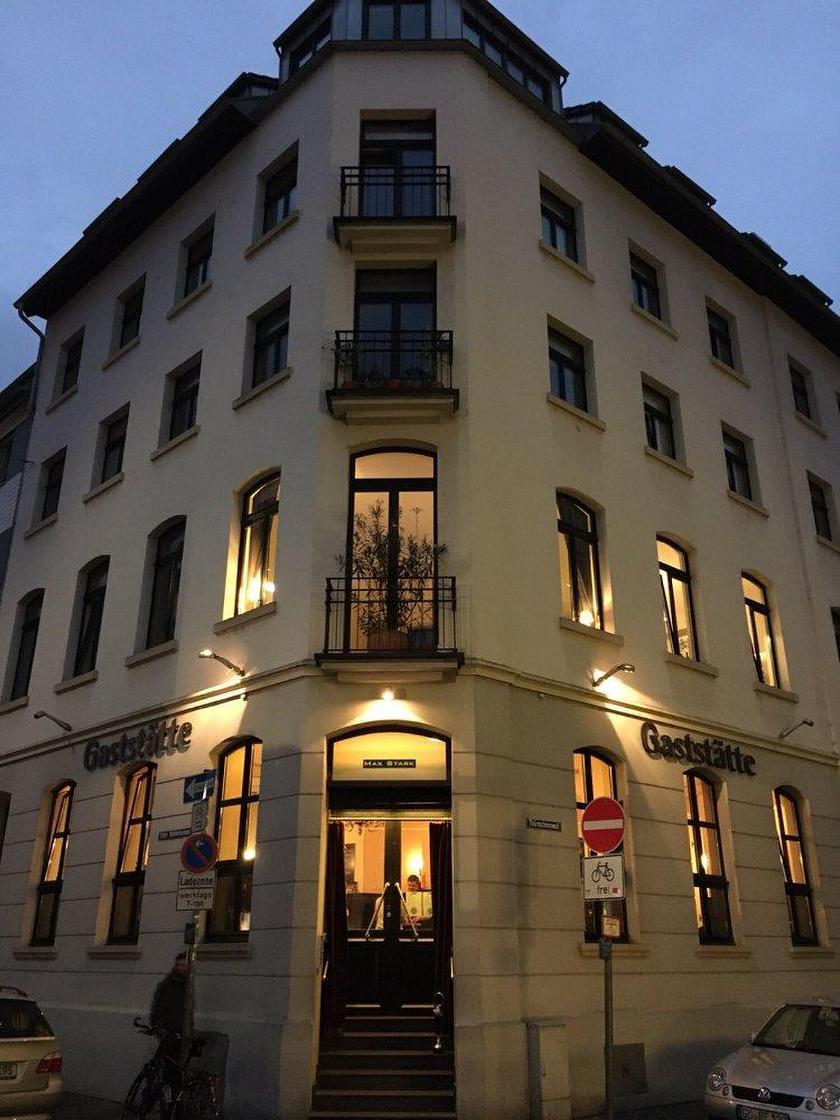 A well-known dish in Germany, which has taken root in America and has a great popularity. Meat before cooking is kept in the marinade for at least 12 hours.

Once again, we are on the subject of meat. As stated before, Germans take their meat very, very seriously, and there's a nigh-infinite gallery of the things they can do with it. One example is sauerbraten, roasted heavily marinated meat. it's not the most common dish around due to the fact that it has to be made in three days of marinating in vinegar or wine, water, herbs, spices, and seasonings, then roasted to the proper degree, and only after all that sauerbraten can be served properly. The gravy is, as you would expect, excellent and goes well with simple bread or something fancier.

Due to the long preparation times, you have to search for proper restaurants like Max Stark to get some true sauerbraten. 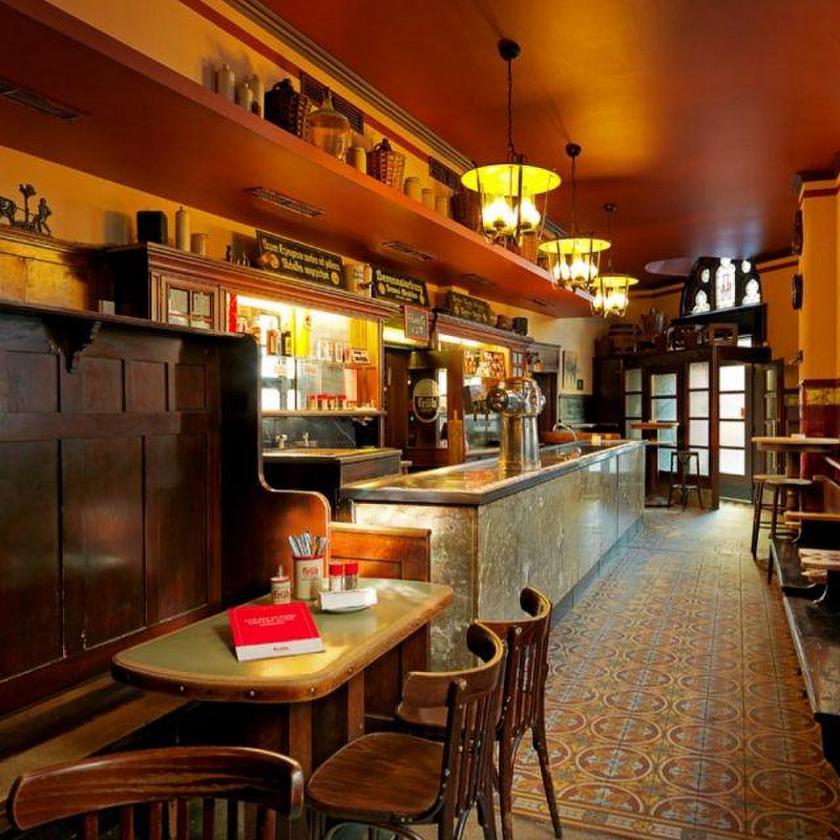 The recipe of this dish in most cases the same: first prepare a special dough (from flour, potatoes, cottage cheese, etc.), from which form small balls (with or without filling). After that, they are boiled in water until cooked. Serve dumplings with a variety of products - with sauces, broths, vegetable side dishes, fried onions, sour cream, fresh herbs. They are also often put in a meat goulash or soup.

Let us finally move away from meat for a while. Potatoes have enjoyed popularity on German tables ever since its introduction, so it's only natural that a dish like knödel was invented. It's not universally German, but with a level of cuisine like that in Germany, it's no wonder these boiled dumplings are as common in Cologne restaurants as anything else. There are variations of knödels with bread or flour. You can eat them as a dessert or a side dish with meat, add vegetables, etc. Some even experiment with combining dumplings from different regions.

It's the simplest recipe for preserving this healthy vegetable. When cooking cabbage, almost half of such useful vitamin B9 (folic acid) is destroyed in it, but in this dish, all vitamins remain unchanged.

No one can even set foot in Germany and not get acquainted with sauerkraut. A dish that a stereotypical name for Germans was derived and an exceptionally tasty kind of food, sauerkraut is made from cabbage properly cut and fermented to get a special slightly sour taste that adds an edge to any meal. Unfortunately, sauerkraut has to be made over several months. Fortunately, it can be made in such large quantities that the dish became a staple of German cuisine around the world. Sauerkraut can be served with almost any meat from the list above, as well as bread or just eaten on its own.

You can find sauerkraut almost anywhere in Cologne, Haxenhaus being a classy option.

10. Burgers are both global and local 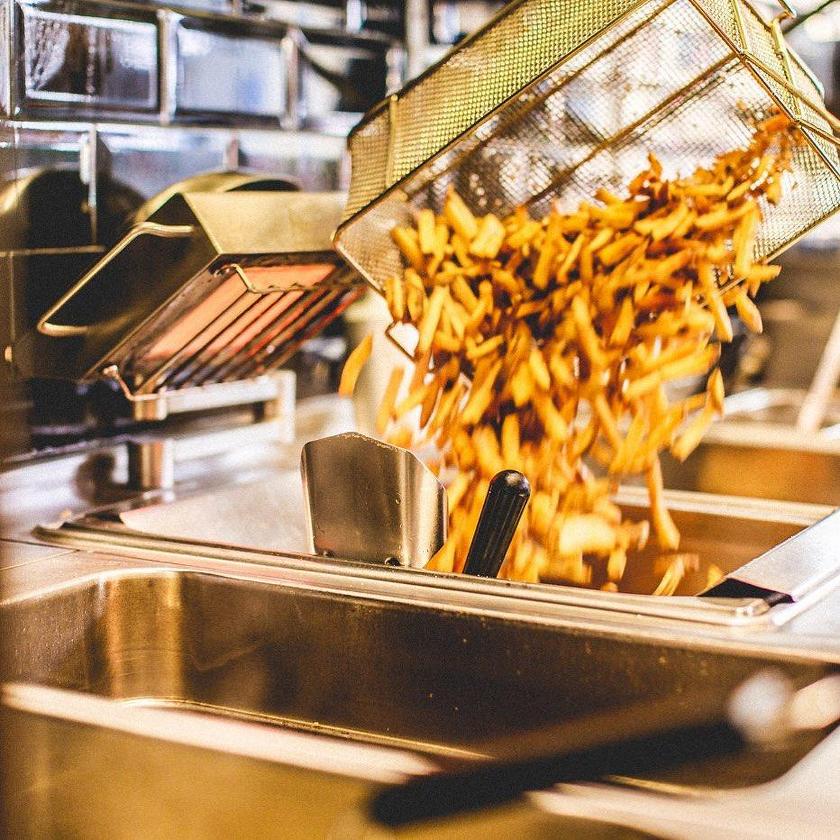 The quintessence of the American holiday for the stomach. For today, there is a myriad of ways to consume this dish. You can buy burgers in 24-hour roadside establishments or roast them on a century-old iron grill or in ultramodern stoves. Also, you can get them from marble beef imported from Japan or from Black Angus meat from a nearby farm.

Surprising as it is, it's worth trying some burgers while you're in Cologne. It is a fact that different countries, even different cities, have had their unique spin on burgers since the introduction of the concept. German hamburgers are far from the standard mass-produced American food we all know from mass culture and chain fast-food joints. If you find the right place which has the right chef, something uniquely amazing will be presented to you in the form of a regular burger made like actual food. Since Cologne is an old and distinguished city, it's only natural for it to have more distinguished burgers.

Die fette Kuh would be a wise choice for decent properly made burgers. Lots of variations, flavors, and seasonings are what make hamburgers so popular, and here there's plenty.

As you can see, there's plenty of opportunities for a good time in Cologne's food scene. Visit the city and enjoy everything it has to offer.

Add your comment on
Top 10 eats in Cologne, Germany
Previous
Next

10 German food favourites that you must try in Hamburg

10 Iconic German Dishes You Must Try in Berlin