The second-largest city in France, a legendary trade port, and a place of romance and mystery in many novels, Marseilles has always been both romantic and gritty to the extreme. It is truly an embodiment of the old French spirit and vitality, now dignified with age and mellow grace. A visitor, of which there are still many, can find lots of interesting places to see, do, and yes, eat. 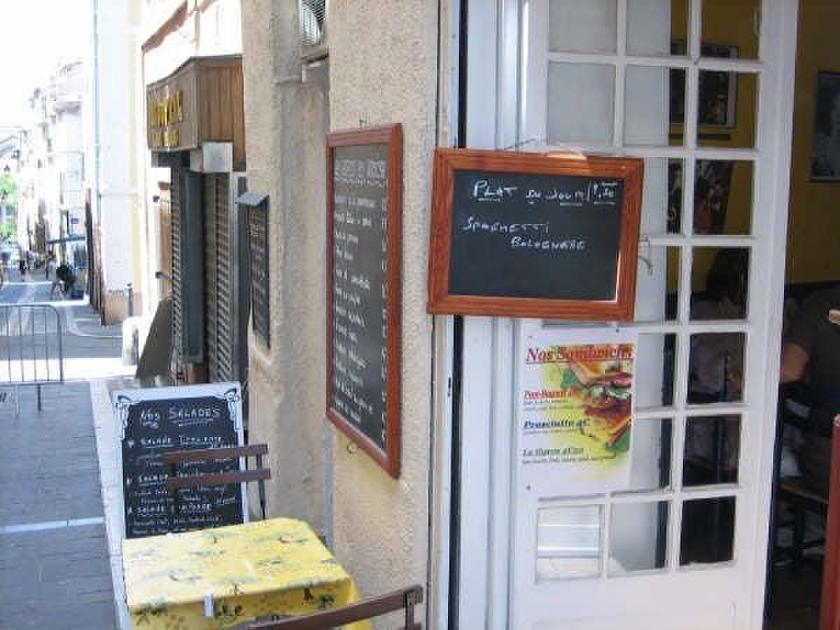 A luxury dish made of a duck or goose liver. It is a real delicacy with rich, buttery and delicate taste. It is part of France heritage by the country law.

No one can say that they have eaten French without trying the exquisite foie gras. it's not just your average goose or duck liver but something a lot more rich, buttery, and delicate. Nutritious and satiating, it is often served with steak or other food comprising a serious meal like dinner. Of course, it's not all sunshine and rainbows as many animal rights groups claimed that preparing foie gras by overfeeding the birds to get their liver is cruel. Consuming such food is a personal choice. But no one can deny the food itself is amazing.

Many restaurants in Marseiile offer good foie gras, Au Coeur du Panier being one of them.

2. Entrecote is juicy and beautiful 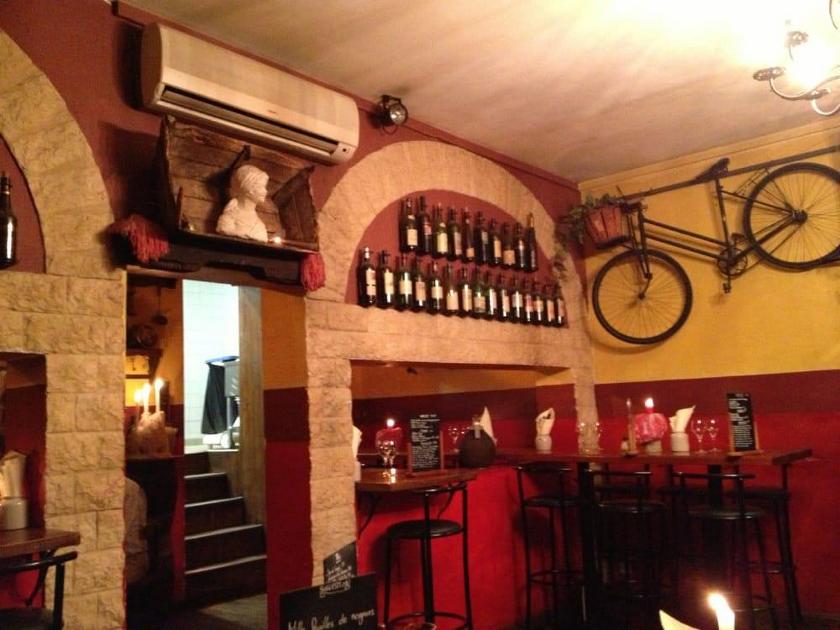 Entrecote is made with tender meat from the rib area. The meat is fried or grilled with spices. It is served hot with vegetable siding.

If there's one thing you can say about French food, it's that it is always as aesthetically pleasing as it is delicious. Entrecote is essentially a French version of a well-cut steak from a rib area. However, the way it is cut and prepared makes entrecote stand out for its tenderness and spicy taste aided by the mixture of natural additives usually used for grilling or roasting. Some French sauces have even been reinvented specifically to serve entrecote and achieve maximum taste. Needless to say, the arrangement and presentation are top-notch.

Restaurants like Café Vian will offer some of the most tender entrecote in Marseiile. 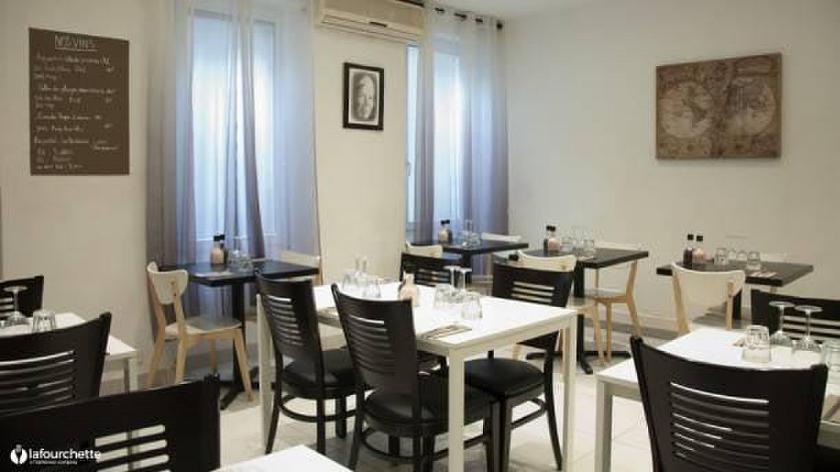 A clear soup which is made of rich clarified bouillon. It is served with fresh greens. Low-fat meat is perfect for cooking the bouillon.

Getting to something a bit lighter than steaks and liver, let's talk about soups. Consomme is a soup made by adding a mixture of ground meats together with a combination of carrots, celery, onions, tomatoes, and egg whites. Consomme is prepared and shaped into either bouillon or stock. The unique taste is fleeting, however, consomme has to be served piping hot before it cools down quickly and forms a gel. To make the soup more personal, a chef can add a variety of garnishes.

Aux Antipodes is a decent place for consomme in Marseille.

4. Fondue is light and peculiar 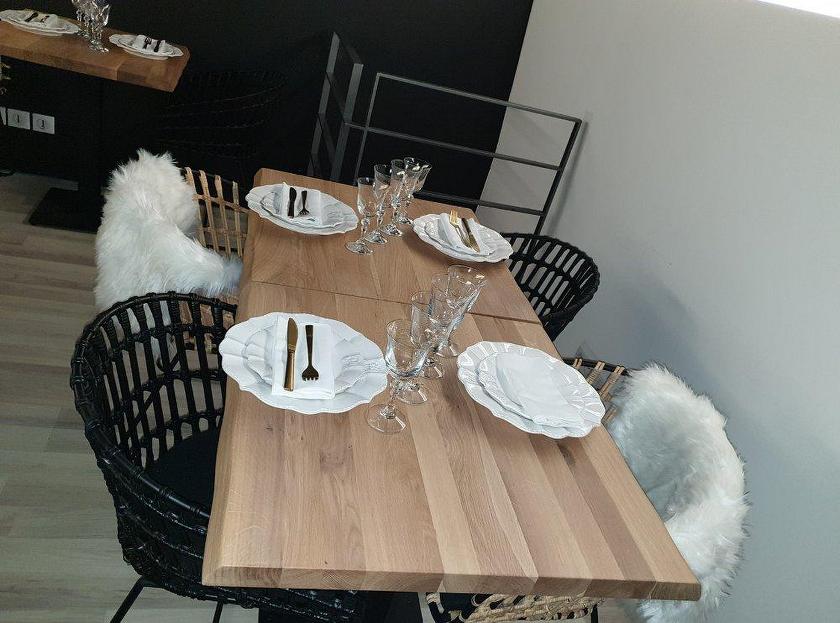 A dish made of melted cheese and vine. White wine serves as the basis for the dish. Two kinds of cheese are melted in the hot wine. Then spices are added. Fondue is eaten hot right from the pot by dipping pieces of white bread or vegetables into it with special forks.

France has always had strong communications with other European countries, often influencing their cuisine and borrowing some elements in return. Fondue is one example. Traditionally, it is a melted cheese dish served in a communal pot. However, there are variations of fondue with chocolate and other melted substances with various additions. The melted parts are served with bread which is dipped into them with long-stemmed forks. Add some sausage or other aperitifs according to your taste, and you're tasting a bit of heaven. To think that fondue was once a food made up by Swiss shepherds to utilize leftover cheese...

Try different types of fondue in restaurants like La Table a Rocca.

5. Pâté is the middle ground of food 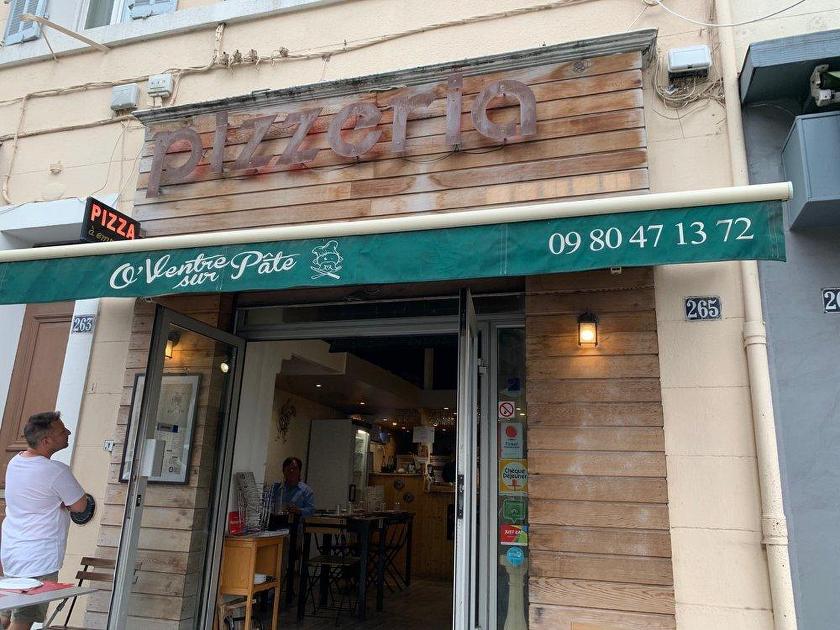 Pâté in a popular dish in French cuisine. It is a filled pastry made of puréed liver, meat, fish, vegetables, herbs, or spices. Pâté is traditionally served as an appetizer or full course in a multicourse meal.

The French are very good at giving food different shapes to make it more useful and more beautiful. In this regard, pâté is as universal as food can get. Pâté is well-known as a paste, pie or loaf filled with forcemeat of different types. Traditionally, it's ground meat from pork, poultry, fish or beef. After inventing the principle, people started experimenting, and now pâté is both made and served with vegetables, herbs, spices and wine or brandy. The utilitarian nature of this food allows combining it with almost anything, from breast to pastries and meat.

O' Ventre Sur Pâte is a particularly interesting place, as it combines pâté with pizza. 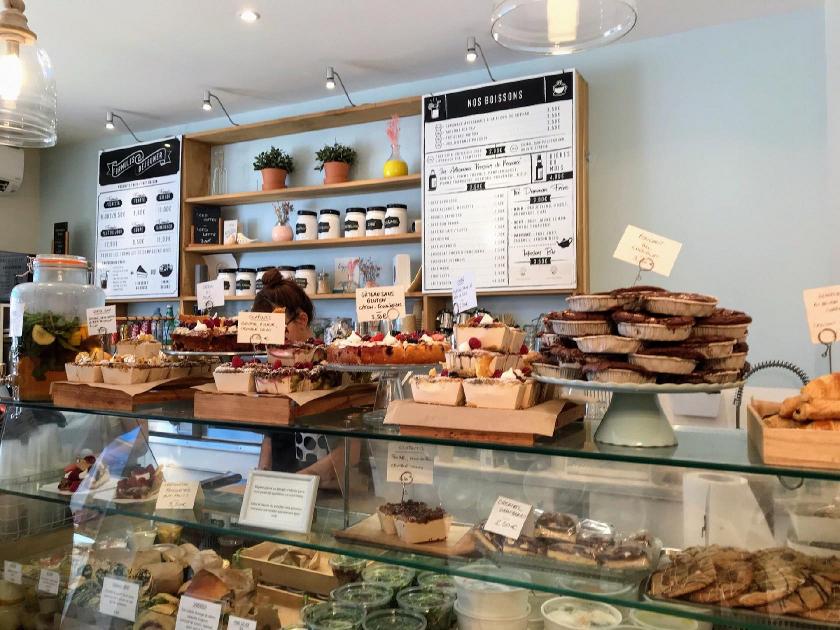 A buttery, flaky pastry with a golden crust. It is very popular for breakfast. Its texture is reached by wrapping dough with butter in layers and baking with a special technique called 'laminating'.

No discussion of French cuisine can be complete without croissants. These delicious pastries are popular around the globe but France is the place of their genesis. Therefore, it's only natural to try some in Marseille. Ironically, the original croissant formula is Austrian in origin, but France perfected it like no other. Later in the 20th century, it turned croissants into fast food. Finding great locally made variations is the real quest because nothing is as tender as something made especially for you.

Most Marseille restaurants and cafes can offer decent croissants. Maison Geney is a spot that won't disappoint.

7. Brioches are quick and easy 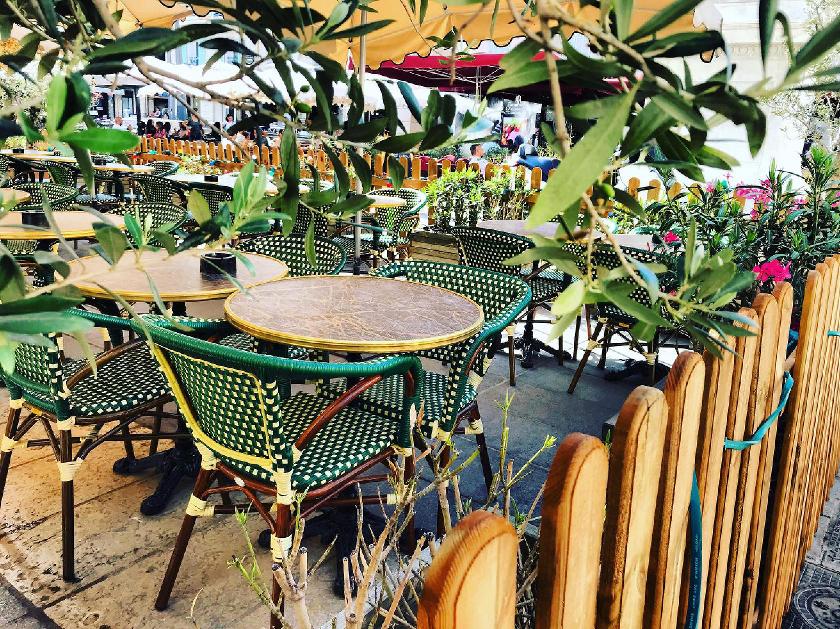 Brioche is a French slightly sweet bread, enriched with butter and eggs. Brioches can be plain or baked with different types of filling, like foie gras, sausage, vanilla cream or jam.

Every country has its own bread and bread products. The French have cute little things like brioches whose high egg and butter content gives them a rich and tender crumb. the extra amount of additions makes brioches more of a pastry than regular bread and it's perfect with tea, coffee, and sweets. Brioches are often cooked with fruit or chocolate chips and take on various forms, served plain or filled, as coulibiac, or with many other different savoury fillings. Basically, they are an example of French universality and, at the same time, distinctiveness.

Bistrot L'Horloge is a restaurant to try if you'd like some brioches. 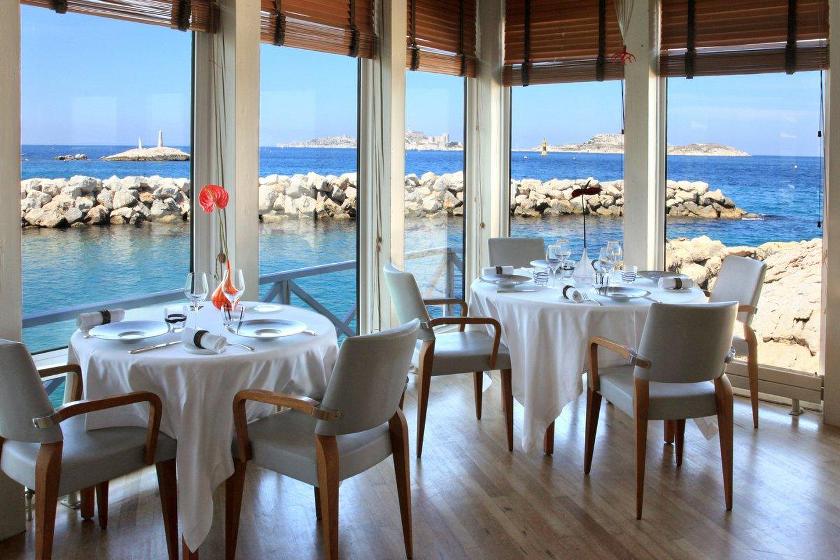 It is a broth brewed from several types of sea fish (about a dozen items, including sea scorpion, sunflower, sea cock) from the calculation of more than a kilogram of live weight per serving of a finished product, sometimes with the addition of seafood seasoned with vegetables (tomatoes, onions, garlic, fennel, etc.), orange peel, saffron, spices and other ingredients.

All right, it's time to talk about something distinctly local to Marseille. Since the city is a port, it's only natural that it would be a fish dish. Bouillabaisse is a traditional Provençal fish stew originating in Marseille. It gained popularity with the rise of communication and cultural exchange. Originally, fishermen made the stew from bony rockfish which they were unable to sell to restaurants or markets. Ironically, it is now the kind of food people would seek out specifically due to the uniqueness of its taste.

Luckily, now you don't have to look for bouillabaisse in the docks. Places like L'Épuisette offer it in more high-class environments.

9. Profiteroles are sweet and compact 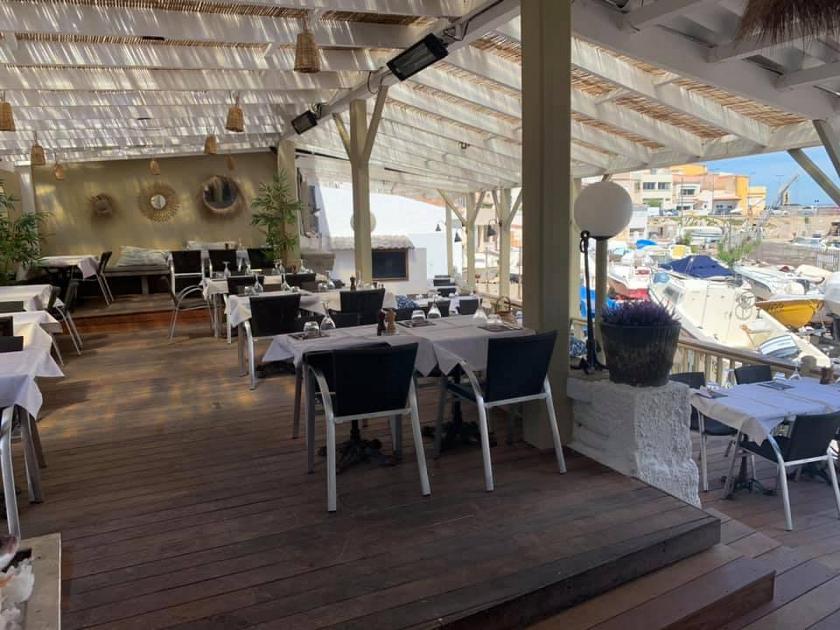 A pastry in a ball shape with a choux dough which is usually sweet, but also has a sour variant. The sweet dessert is made with whipped, pastry cream, ice cream and may be topped with a decoration of chocolate sauce, caramel or powdered sugar.

Besides croissants, France has lots of different sweets, and any guest in Marseille should seek out some of them. Profiteroles are the kind of unmistakably French choux pastry. They usually look like balls with a sweet and moist filling of whipped cream, custard, pastry cream or ice cream. To make them sweeter, chefs usually add decorations of chocolate sauce, caramel, or a dusting of powdered sugar. In a bit of historic irony, profiteroles were also brought to France from abroad, namely from the court of Caterina Medici in Florence after she married Henry II.

In an ironic twist, some of the best profiteroles in Marseille can be found in the seafood-oriented restaurant Auberge du Corsaire.

10. Mille-feuille has all the layers 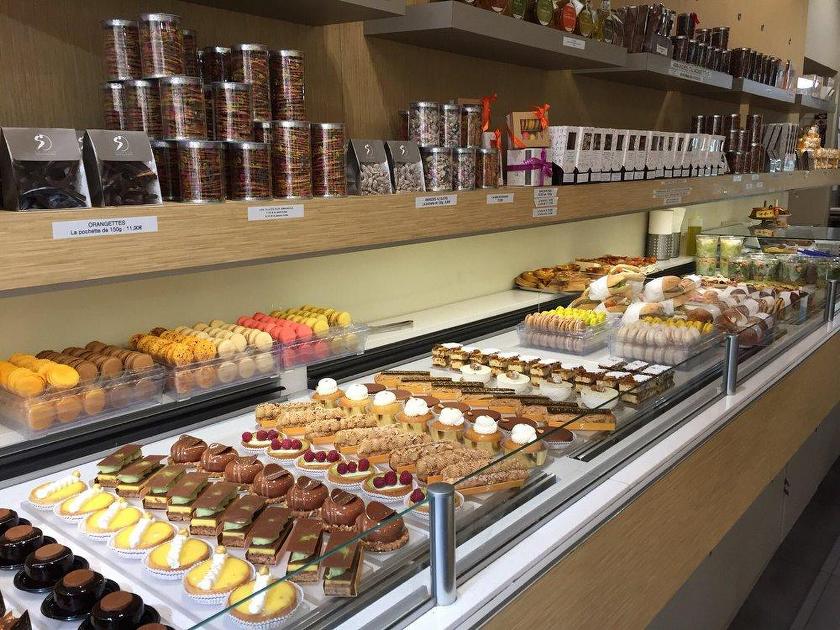 The dough for this slice was invented in France, although there, it is called "mille-feuille", which translates as "a thousand sheets". In Britain it is called a "vanilla slice", Australians also say that they invented a vanilla brewed multilayer dough sprinkled with powdered sugar. Slice is prepared with an incredible amount of the most varied tastes. Eat it with cream.

Let's finish the list with something as sweet as profiteroles yet as distinguished in its history as croissants. it's also not as well-known which makes it more interesting for researching. Mille-feuille is an originally French dish that was popularized later in Australia and all other places. The original recipe is rather simple - it's a layered cake with different fillings. Mille-feuille has many names, and different countries claim to have invented similar cakes on their own, yet the classic "Napoleon" variation is the most popular.

Different shapes and alternative variants of mille-feuille are available in places like Sylvain Depuichaffray.

Marseille is a city that welcomes strangers because anyone can find something of their own in this gateway to France. Let's hope you do too, and have fun while searching.

Comments on Top 10 things to try in Marseille, France

Add your comment on
Top 10 things to try in Marseille, France
Previous
Next

Paris: romance in every bite

Lyon: the art of living, wining and dining
See all