10 things to eat in Guadalajara, Mexico

Mexico is a country of vast open spaces and gigantic cities. Among them, Guadalajara is one of the largest and most densely populated. It's a center of business, industry, and culture, home to Guadalajara Cathedral, the Teatro Degollado, the Templo Expiatorio, and other landmarks, as well as the hub for millions and millions of human lives. The former capital of a kingdom established by conquistadors, Guadalahara almost has a mentality of its own. Such a place naturally has its own food scene, since no one can leave a royal place without feeling its urban grace.

1. Queso fundido melts in your mouth 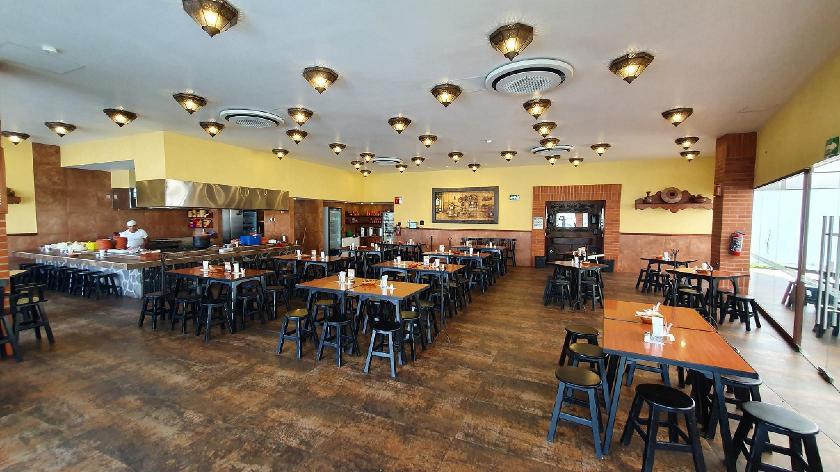 It is a special Mexican sauce consisting of meat, chili, beans, spices, and melted cheese.

Starting light and soft, we'll check out some aperitifs. Although the name of the Mexican appetizer queso fundido is translated from Spanish as “melted cheese”, it's something worth trying as a meal in its own right. Queso fundido is a vicious dip filled with meat, chili peppers, beans, spices and lots, of grated cheese. it tastes the best when you combine multiple varieties and create a mixture. The best way to eat it is with dark beer and other dishes like meat or bread. It's also fun to eat - traditionally, you put the bowl of queso fundido on the table and dip something in it.

Check out places like Carnes Asadas Pipiolo to have fun while having some queso fundido. 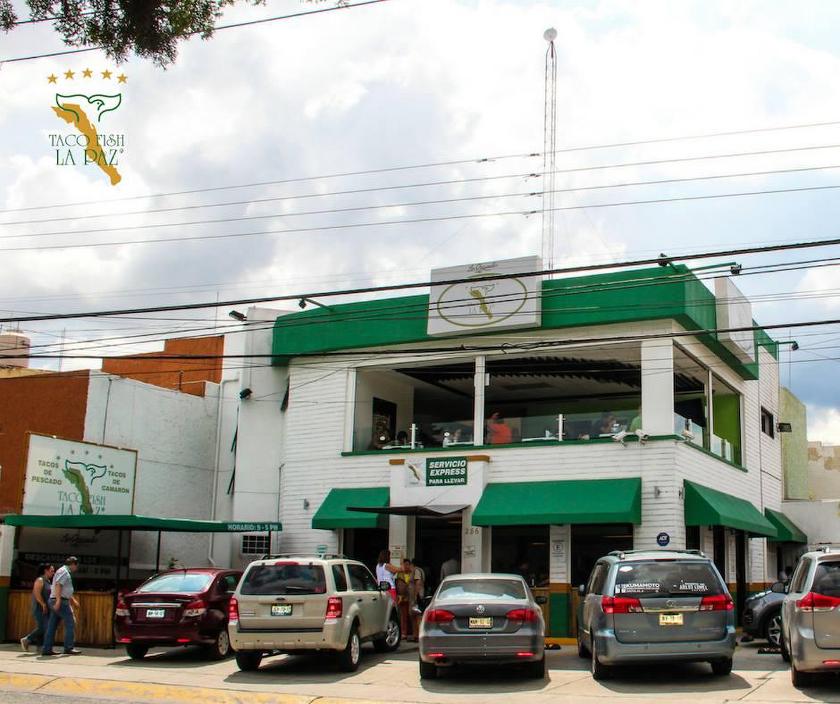 Two tortillas, well layered with grated cheese and stuffed with your favorite filling, fried or baked in the oven and cut into several pieces. In a real quesadilla, the filling does not fall apart, it is kept by melted cheese, which should not be saved on.

It would be redundant to talk about regular tacos in Mexico. But it's much more fun to deal with tacos that add something personal to the formula. Quesadillas are filled primarily with cheese, and sometimes meats, spices, and other fillings, and then cooked on a griddle or stove. There are full and half quesadillas. A full quesadilla is made with two tortillas that hold a layer of cheese between them. A half is a single tortilla that has been filled with cheese and folded into a half-moon shape. The traditional way to serve them is with green or red salsa, chopped onion, and guacamole.

Taco Fish La Paz is a safe bet for some quesadillas. 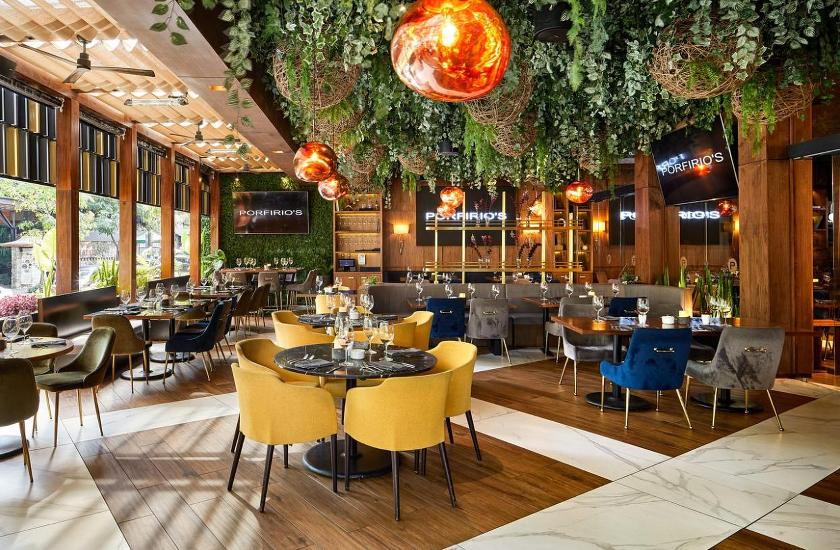 Pisto is a dish made of tomatoes, eggplant or zucchini, onion, green and red pepper and olive oil. It looks like ratatouille and is usually served warm with scrambled eggs and bread. It is also used as a filling for a pie. This dish is often called Pisto manchego in its place of origin.

Since we're on things that reinvent something else, any visitor in Guadalajara should try the Spanish take on ratatouille appropriated and perfected in Mexico. Pisto was invented in la Mancha and is traditionally made of tomatoes, onions, eggplant or courgettes, green and red peppers, and olive oil. Not a heavy enough dish to carry a meal, it's usually served warm as a starter or to accompany another dish. Bread, fried eggs on top or pieces of cured ham would make a perfect last piece in this kind of combination.

Try some good pisto at restaurants that offer something more than a quick bite. A decent choice would be Porfirio's Guadalajara. 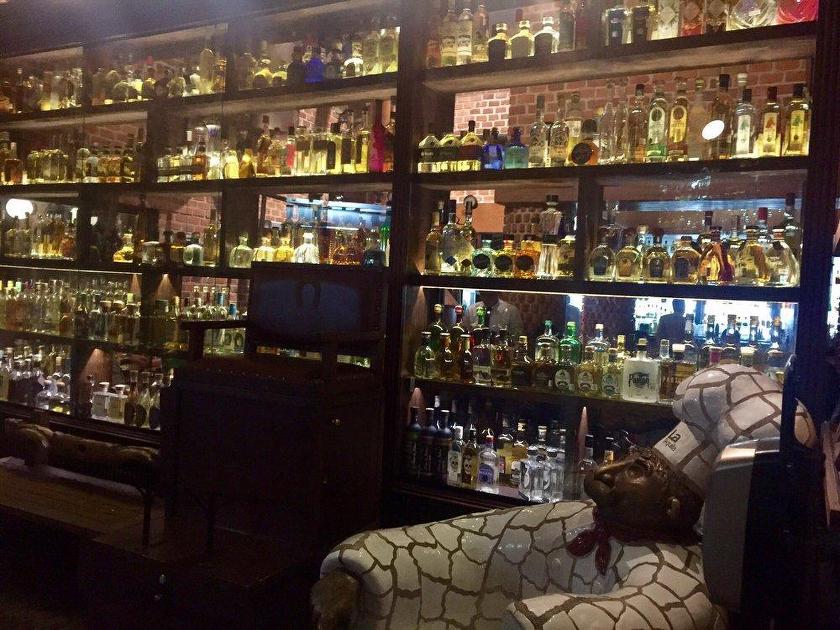 It is a classic Mexican soup based on fried tomatoes, broth, spices, and corn tortillas, which makes it thicker and more nutritious. In addition, it is customary to decorate tortilla soup with crispy straws from the same corn tortilla.

Moving away from things that require other food to be enjoyed, let's talk about soups. Mexico has a surprisingly diverse number of soups, both local and internationally appropriated. One notable example is tortilla soup, a rather traditional dish made of fried corn tortilla pieces. The ingredients are submerged into a broth of tomato, garlic, onion, and chile de árbol and epazote. Sounds as Mexican as it can get. Add pieces of pasilla chiles, chicharrón, avocado, fresh cheese, and you have an almost perfect soup. The origins of this dish are still mired in mystery, but one can enjoy the taste nonetheless.

Restaurants like La tequila offer a great variety of soups, including the tortilla variation. 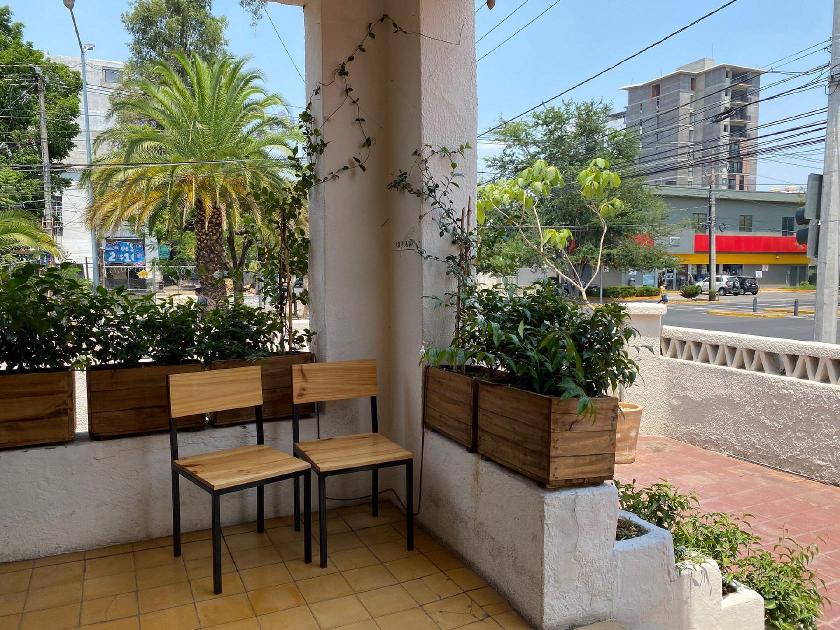 The main difference of the Mexican pizza is the use of ingredients typical of Mexican cuisine. Among them are fried onions, jalapenos, tomatoes, chorizos, red peppers, avocado, and shrimp.

One of the most adorable things about Mexican cuisine is that the people make even the most international foods their own. Take Mexican pizza, for example. It looks like regular pizza but uses topping typically found in the region, including chorizo, jalapeño pepper slices, grilled or fried onions, tomato, chili pepper, shrimp, avocado, and sometimes beef, bell peppers, tripas or scallops. Another thing Mexican chefs do is substituting pepper jack cheese or Oaxaca cheese for mozzarella. Therefore, Mexican pizza is absolutely worth trying if only to check out how different it is.

Decent Mexican pizza can be found in Lúcuma, for example.

6. Grilled corn keeps you on your toes 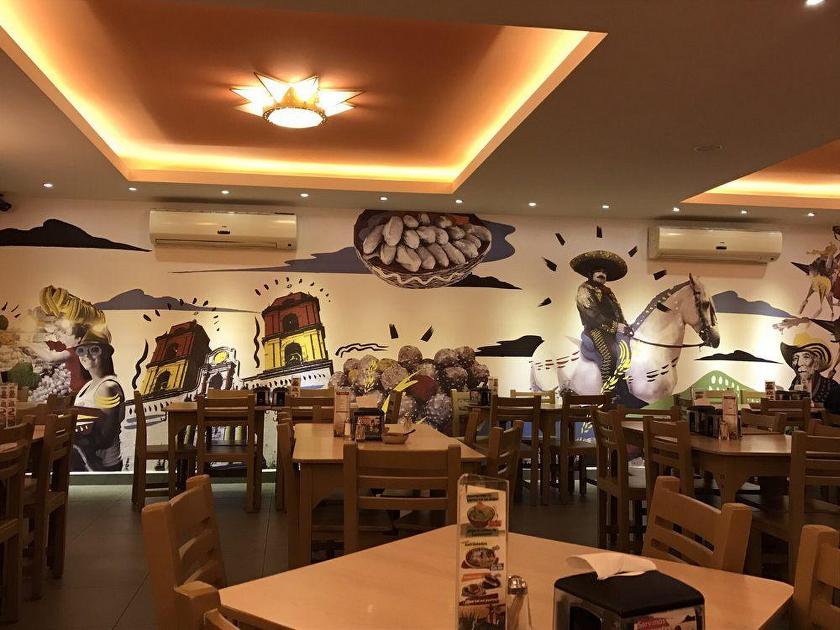 Grilled corn cobs with a savory creamy sauce is a Mexican dish that has become widespread in many countries.

What crop comes to mind when one thinks about Mexico. Some people think it's rice, others mention wheat. However, the main ingredient in many local recipes is corn. This is only natural since Mexican climate and soil are very welcoming to this particular basis for lots of different dishes. Still, the simplest most popular food, enjoyed by both peasants and leaders of the world, is grilled corn. Tasty, sweet, and quick in the making, it can be found anywhere and everywhere. Indeed, since it's Mexican grilled corn, spices and sauces are in abundance. A large city like Guadalajara can offer any kind of grilled corn you can think of.

The best way to eat grilled corn is by having something else to accompany it down to the stomach. Karne Garibaldi Santa Tere might help in this regard. 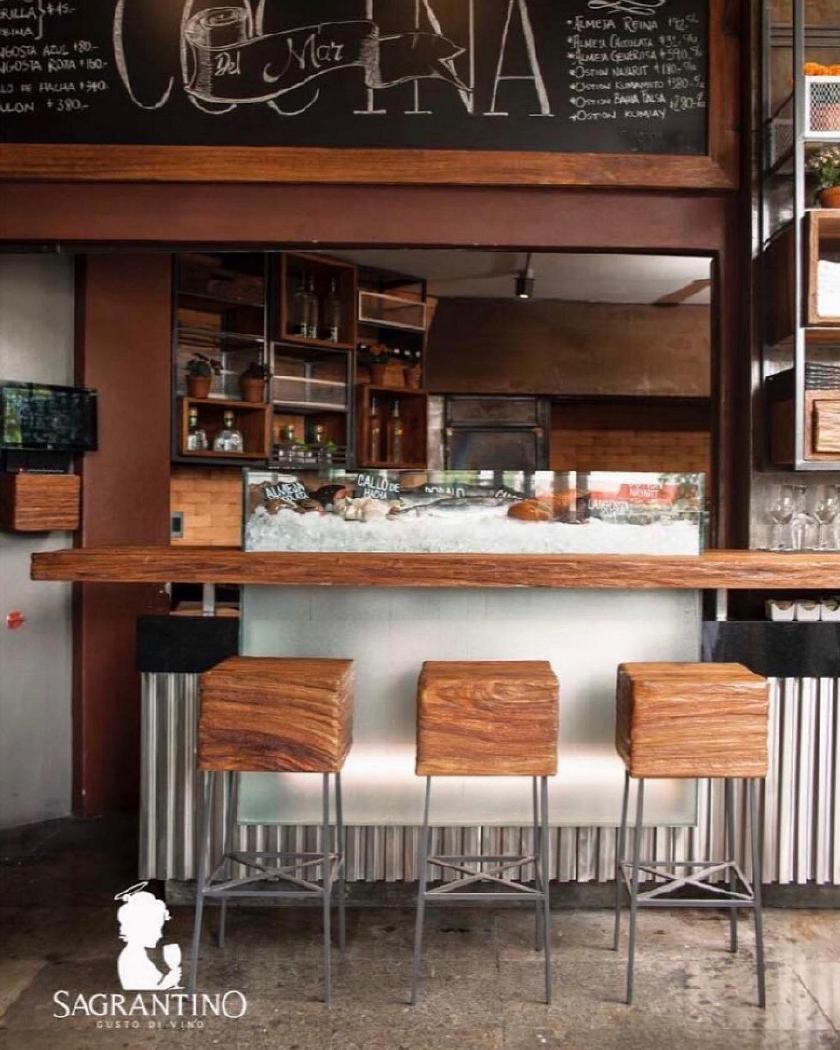 It's a national Filipino stew made from pork or chicken, seafood and vegetables marinated in soy sauce and vinegar, then pan-fried and then stewed in a pot until the meat becomes tender. Adobo means 'sauce' or 'seasoning' in Spanish.

Continuing the trend of foods that become Mexico's own despite originating in the most surprising places, it's worth mentioning the way Mexican people deal with meat. Adobo was invented on the Iberian Peninsula and made its way across the ocean, and may even have left a trace in the Philippines, though this is not a fact, as colonial influences on their way of raw meat processing are not confirmed. Adobo is basically a way to make a meat dish by immersing it in a sauce made of paprika, oregano, salt, garlic, and vinegar to preserve and enhance its flavor. This used to be merely a preservation method but since then adobo has earned its place on the table.

Many restaurants that serve meat can offer your adobo. Sagrantino is one of many. 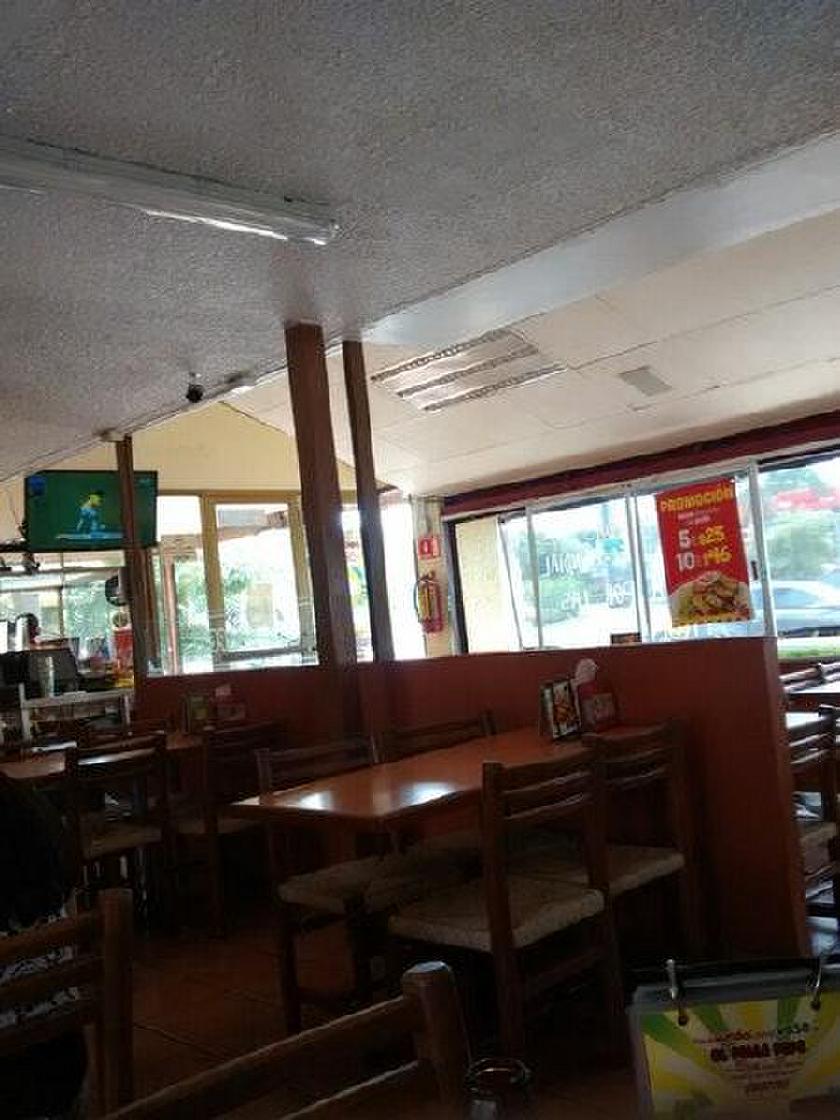 Corn, tomatoes, and chili are a typical Mexican combination that goes well with fried chicken. It turns out delicious and unusual.

Now let's get down from the ivory tower of official big-shot cuisine. Mexico is all about its people, which invites simplicity. A lot of low-income homes in Mexico, and in Guadalajara in particular, do not have ovens, so roasting is the go-to method of preparing meat. This gave rise to roasted chicken as an essential part of the street food roster and the everyday food of an average citizen. Mexicans actually enjoy eating out, as it's less troublesome and much quicker than home-cooking, so roasted chicken with different sauces, bread, and different drinks is something one should try really feel the local vibe.

Check out Pollo Pepe for roasted chicken. Just remember to pick a drink and a sauce. 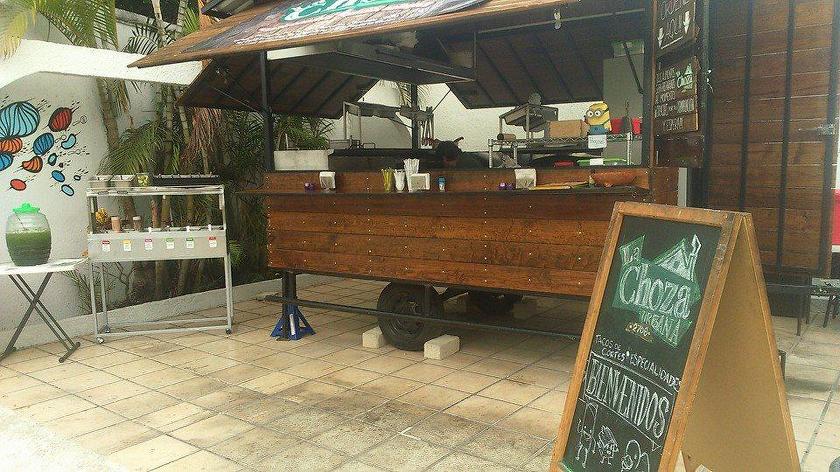 Сrispy and tasty, tacos are popular street food in Mexico and other parts of the world. The dish consists of small tortillas topped with meat, beans, cheese, and vegetables.

This may seem like a cop-out but let's talk about tacos. Нes, tacos are the most popular things to be associated with Mexico, and it would seem lazy to pay them any more attention than they already get. However, this time we're talking about not just any tacos but Mexican tacos. Guadalajara deserves a special mention for the way tacos are made there, namely, with soft flat tortillas used to place various fillings like meat, vegetables, seafood, as well as sauce and lemon. That is the main difference between Mexican tacos and the ones made in other countries with harder more traditional tortillas. In Mexico, the most common type of tacos is "tacos al pastor" with marinated pork.

Go to places like Tacos La Choza for Mexican tacos. 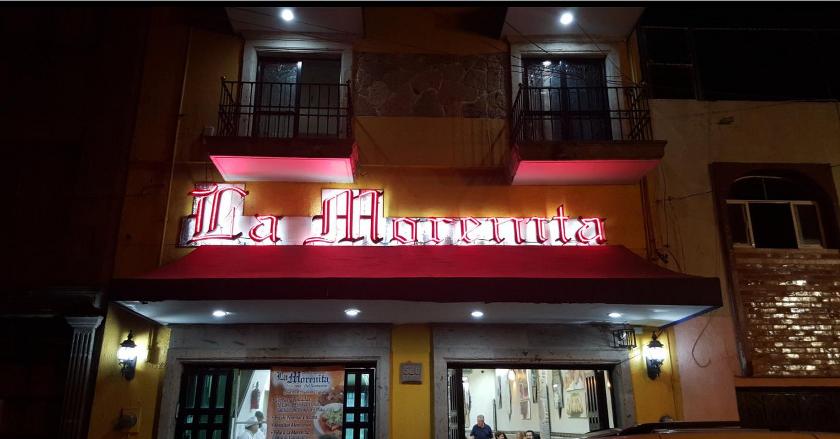 Mexican food is a dish that usually consists of a small rolled tortilla containing a filling including beef, cheese, or chicken. The filled tortilla is then fried until crispy or deep-fried.

Yes, we are ending the list with yet another enhancement of the taco formula. Taquitos are sometimes called "flautas" or "flute tacos' and consist of small rolled-up tortillas that contains filling, including beef, cheese, or chicken. They can be crisp or deep-fried. Funnily enough, the very name of taquitos and their recipe was originally made popular in the Southern US, yet even then it was pronounced as Mexican as a dish can be, even being partial in coining the term 'Mexicanism". As mentioned above, corn is the most common crop used to make taquito tortillas.

There are many places in Guadalajara with great taquitos, check out any restaurant that serves tacos, like La Morenita.

As you can see, the mellow charm of a big city in Mexico is that its people and establishments are unafraid to be simple and practical. Keep that in mind as you are exploring the gastronomical scene in Guadalajara. Good luck!

Comments on 10 things to eat in Guadalajara, Mexico

Add your comment on
10 things to eat in Guadalajara, Mexico
Previous
Next

Restaurants with desserts
1 225 restaurants
See all