Quick, name three things that Barcelona is famous for! Gaudi, soccer and that Queen song, right? Well, sure but there’s more to the city than these three clichés, especially for foodies like us. The Catalonian cuisine is a happy marriage of Spanish, French, and Mediterranean with a working-class or fisherman's spin: hearty, fatty, but nonetheless quite intricate and very distinct. Let’s get lost in the City of Counts to see what unique local flavors we can discover!

First stop – Monvínic on Carrer de la Diputació – a fantastic little restaurant and bar! When you’re done with the wine list of more than 3000 items, pay attention to the menu – you can find something truly outstanding.

Monvínic is one of the best spots in Barcelona to try the seafood version of traditional Catalonian meatballs! The dish is prepared from the head and tentacles of a Mediterranean squid as a meat substitute and the squid's ink makes it almost jet black. Garnished with fresh herbs the squid balls melt in your mouth leaving you hungry for more. Tiger prawns with peach in a cold bisque is also a delight. This brightly lit and modernist designed restaurant is ideal for a romantic dinner or a warm family gathering. Just be sure to book a table in advance.

Take a walk down the Carrer d'Aribau to taste the best Capipota in town! The small family owned place is called Sergi de Meià and it is as Catalonian as it gets.

The restaurant is one big modestly decorated hallway, but the smells are amazing! Capipota is a Catalonian stew made from veal tripe, veal head, ham, onions, garlic, tomatoes and a variety of spices. Traditionally peasants ate it for breakfast to keep their strength in the fields. Still, you won’t find a more fulfilling breakfast in the whole Spain! The chef Sergi’s mom will gladly cook it for you in the morning. The rest of the menu is equally great and as a bonus, there’s a large vegetarian section for all you herbivores out there!

While we are on the breakfast vibe – did you know that there’s a morning Catalonian seafood dish served with a glass of white wine? The dish is called Bacalla amb samfaina, or cod ratatouille. Direct your feet to the place called La Pubilla on Plaça de la Llibertat to steal a bite!

The recipe is very simple: fresh Torres cod from the market nearby, locally grown vegetables and Catalan olive oil. The rest is chef’s magic! Come evening they serve fantastic tapas, and the prices are pretty affordable too. The spot itself is relatively new and quite upbeat, but with respect to Catalan traditions and heritage, which definitely deserves a mark on your map.

Those craving for something more substantial should definitely try the Black sausage with green peas, as served at Petit Comitè in the city center. This small homely restaurant and bar run by chef Nandu Jubany are well known for its fantastic tasting menu and a great selection of wines.

The dish – like the Catalonian cuisine itself – is far from being complex and is simply designed to keep you full for long. The black sausage, or blood pudding, is made from the pig’s head and is called parracs. The second ingredient – the lard – is prepared by chef Jubany beforehand with a special technique to make it as tender as possible. The rest – lettuce, onions and green peas are all locally grown produce. While it may not sound that appealing the dish itself looks gorgeous and that combination of taste and texture is out of this world!

There are many more traditional Catalonian dishes to try in Barcelona. We haven’t even touched upon the black Paella with cuttlefish (very different from Valencian) or Crema catalana which looks a lot like Crème Brulee but not quite the same. And of course, there are much more good restaurants in the City of Counts to taste those dishes at. Now go! Barcelona waits!

Add your comment on
Best traditional Catalonian restaurants in Barcelona

Read other interesting articles about Spain 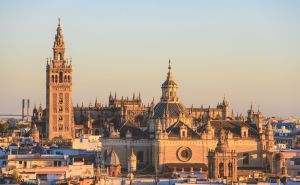 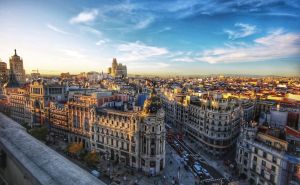 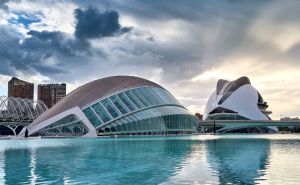